Dr. Martens shoes have become the ultimate empowerment symbol for a generation of women rebelling against demure feminine aesthetics. Now other brands want in on the action.

Dr. Martens shoes have become the ultimate empowerment symbol for a generation of women rebelling against demure feminine aesthetics. Now other brands want in on the action.

LONDON, United Kingdom — From punk concertgoers to off-duty models, Dr. Martens has served as a favourite footwear brand for a wide range of demographics over the decades. The latest iteration of its ongoing evolution has emerged in China, where the British brand’s iconic footwear has been adopted as a badge of honour for a bold new breed of female assertiveness.

Dr. Martens’ global sales figures have soared as it expanded further into emerging markets, with 70 percent profit growth reported last year thanks to double-digit increases across all regions and sales channels. In China, the brand experienced “rapid growth” as it more than tripled its 2019 year-over-year retail sales, according to Derek Chan, the APAC president for Dr. Martens. He emphasises e-commerce as a key growth channel, stating “Dr. Martens enjoys strong success on the Tmall platform” with the brand’s signature eight-eye boot serving as a top seller for women.

A fixture of counterculture scenes from 80s punk to 90s grunge, the 60-year-old footwear label’s boots are now a mainstream fashion essential worldwide. Becoming almost ubiquitous in fashion week street style photos in the early 2010s, its repositioning as a fashion brand over the past decade was elevated by high-profile collaborations (such as Comme des Garçons, Vetements and Off-White) and an acquisition by private equity firm Permira in 2013, a company known for investing in fashion labels Hugo Boss and Valentino.

This set the groundwork for a boost in popularity among Chinese consumers. In more recent years, the brand underwent another renaissance, encompassing collaborations with brands like Marc Jacobs, Undercover and Supreme, and odes to its punk roots like the Sex Pistols and CBGB. Having appeared on the catwalks of London Fashion Week and New York Fashion Week as well as the feet of global celebrities — including the critical Bella-Kendall-Gigi tastemaker trifecta — the brand was ready for a bigger push in China. 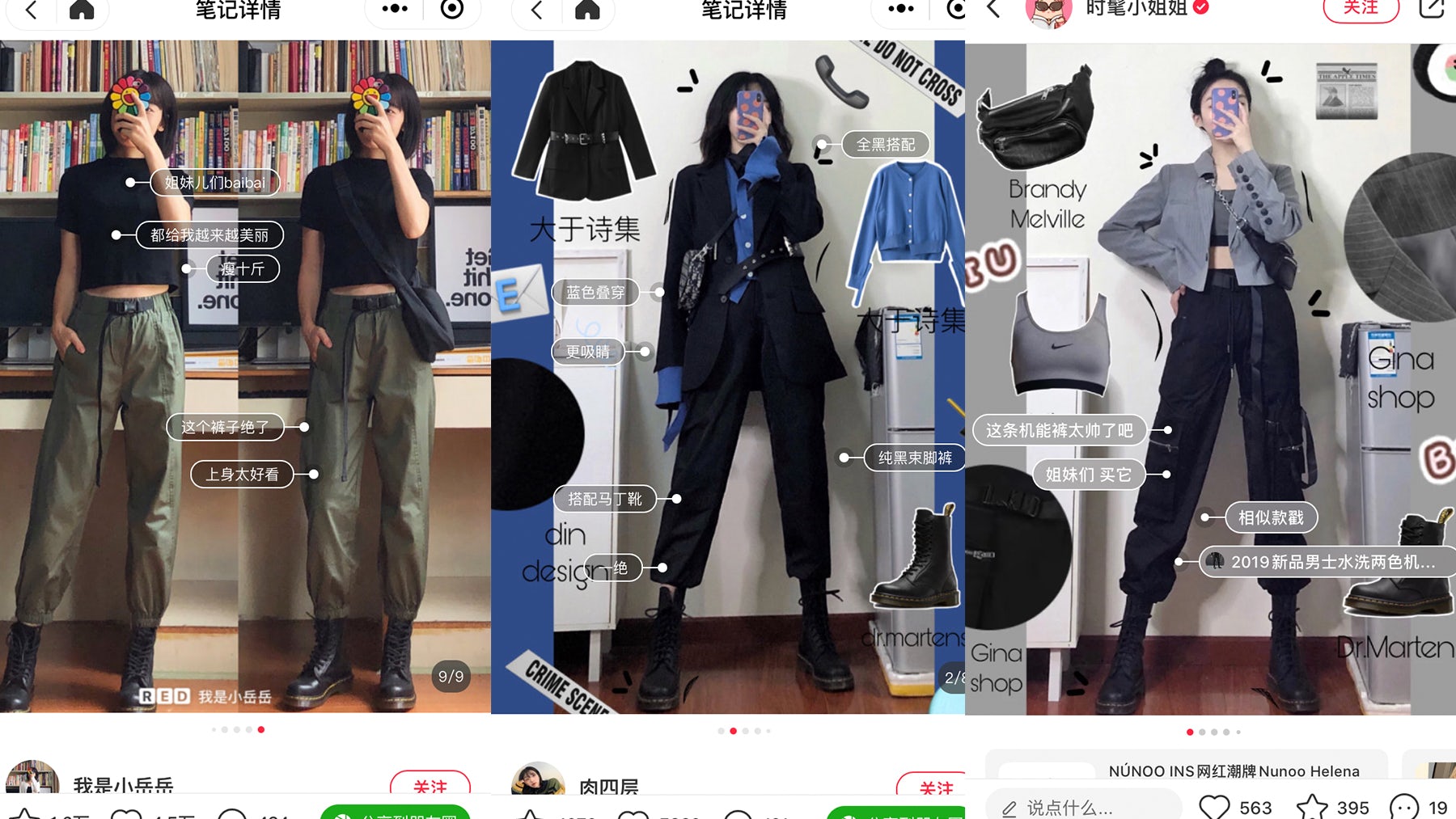 This celebrity-led resurgence has taken on a localised form on Chinese social media, where Dr. Martens highlights its products being worn by China’s most popular stars. These include pop idol Fan Chengcheng, the brother of Fan Bingbing and a member of superstar boy band Nine Percent; pop idol Yi Yangqianxi (aka Jackson Yee) of China’s top boy band the TFBoys; supermodel Liu Wen; and a range of younger up-and-coming personalities.

The celebrity link has propelled the brand to become associated with an increasingly popular internet slang term called “chao A”, which translates to something along the lines of “super alpha.” Referring to the dominant alpha male and alpha female personality types, the term “originated from the celeb fan groups describing their idols in certain roles and dressing styles,” says Linda Yu, the China director of Red Ant Asia, and morphed into an entire fashion aesthetic.

Some experts describe "chao A" as a masculine trend. The “chao A swept-back hair” challenge on Douyin, the Chinese counterpart to TikTok, is a male-focused makeover challenge with over 174 million views. It features before-and-after shots of male participants showing off their styled hair and sleek outfits that emulate pop idol looks. A search for the term on Weibo brings up fan postings about celebrities, especially young male pop stars known colloquially as xiaoxianrou (“little fresh meat”) or female stars with an independent attitude. For example, “Tong Liya, has often been referred to as 'chao A' after she cut off her long hair after she found her husband cheating on her,” says Lauren Hallanan, the head of marketing at WeChat management firm Chatly.

The phrase is now “more popular when it's applied to females,” says Ching Xie, a senior client partner at Red Ant Asia, “as it implies there [is] something unusual about her look.” Examples can be found on social shopping app Xiaohongshu, where an 86 percent female user base means that the vast majority of posts using the term "chao A" are about women’s fashion and beauty. “It is a bit of a subculture with KOL [key opinion leader] videos like ‘How to put on a chao A makeup’ or ‘How to dress in a chao A style,’” says Elijah Whaley, the chief marketing officer of China influencer platform Parklu.

The style is a 'rebellion against demure,' with a 'don’t mess with me vibe.'

Xiaohongshu posts portray the style as a trendy version of female power dressing. “The ‘chao A’ fashion biome includes Dr. Martens boots, as well as other styles like oversized suits, worker outfits, military uniforms, pilot jackets, and rock-n-roll style,” says Yu. Tutorials on how to achieve the look also combine elements of an eclectic range of trends such as 90s grunge, normcore, and streetwear references.

The “rules” of the aesthetic can be blurry, but the main conceptual thread going through "chao A looks" is “beauty with power,” according to Xie. A woman with chao A style has a “straightforward attitude” that is “even a bit aggressive, just like she could be/get whatever she wants.” This concept fits in with Dr. Martens’ rebellious heritage, and “creates a contrast” with girly fashion in China, says Yu. A deviation against traditional aesthetic gender norms of femininity, the style is a “rebellion against demure,” says Hallanan, with a “don’t mess with me vibe.”

For brands interested in leveraging the "chao A" trend, Yu recommends that developing “content and the right partners is key.” Olay refers to its Pro X essence as the “chao A bottle” on Xiaohongshu and enlisted top beauty livestreamer Li Jiaqi (known as “lipstick brother”) to promote its Pro X products in a chao A-themed video using the term for Tmall’s Double 11 shopping festival. Olay previously took a more direct “femvertising”-oriented approach to its Pro X products, with an ad last year portraying a woman on a train with each destination representing a stage of her life, but disembarking before the “marriage” destination. 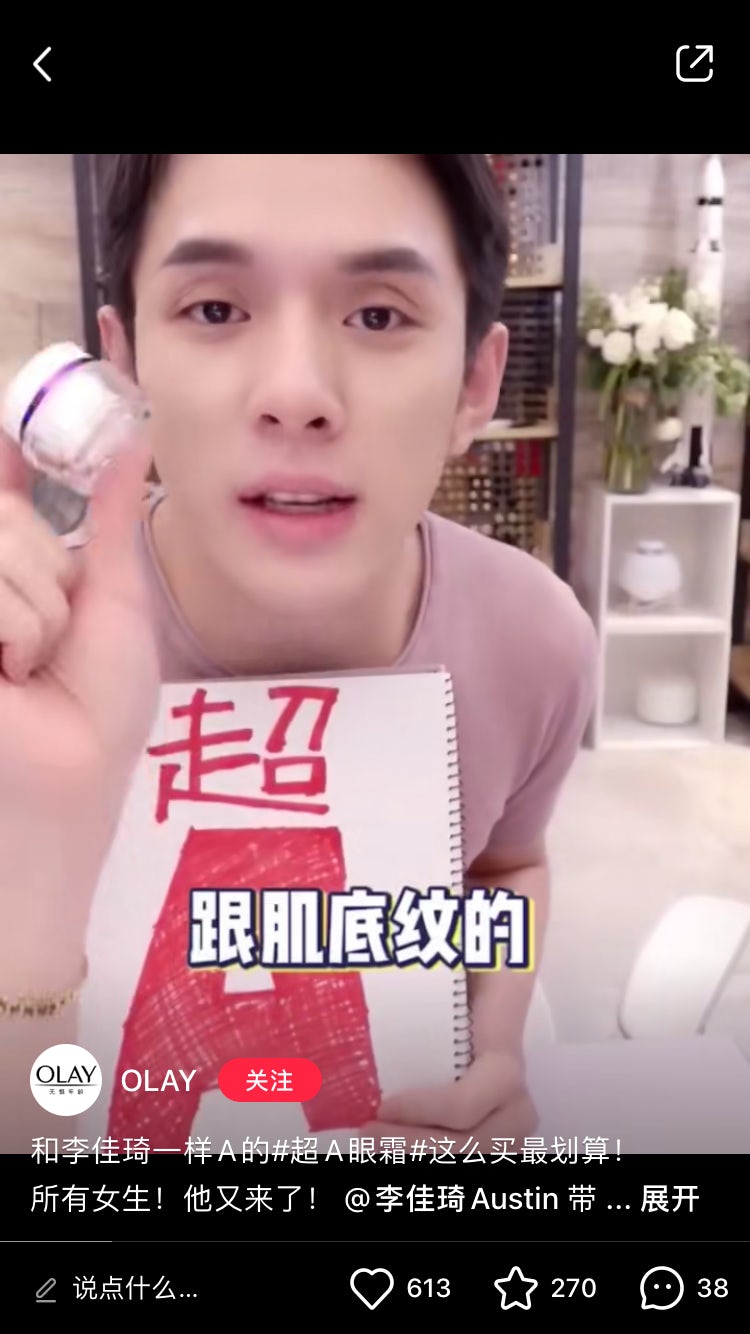 Separate from but related to the "chao A" fashion trend, female empowerment has been a theme across a growing number brand campaigns in China, including SK-II’s ads critiquing the concept of “leftover women,” or Nike’s recent ad portraying female athletes ignoring doubting male whispers.

Despite the “fempowerment” advertising trend, some Chinese feminist activists have faced increasingly harsh backlash from the government. “Ironically, just as the government is intensifying its crackdown on feminist activism, large corporations are beginning to recognise the commercial power of consumer feminism,” writes feminist journalist and scholar Leta Hong Fincher in her most recent book Betraying Big Brother, pointing out that the campaigns are “apolitical.”

Chinese feminist activists are divided on the issue of consumer feminism. While some believe the brands are co-opting a depoliticised, watered-down version of their message for profits, Chinese feminist Lü Pin states in Fincher’s book that corporate feminism, although profit-driven, could “expand the space for the discussion of women’s rights.”

Dr. Martens doesn’t use the phrase “chao A” in its own China marketing activities, but also adopts “fempowerment”-style themes. According to Parklu, Dr. Martens brand ambassador Song Yanfei, the brand’s highest celebrity generator of media value on social media, dresses in chao A-style outfits with leather jackets at special appearances for the brand. To promote an October Tmall livestream for Dr. Martens, she posted “I dare to express myself as my own woman,” on Weibo, receiving over 83,000 likes. When asked at the event what she felt Dr. Martens most represented to her, she answered, “freedom.”

In addition to promoting this idea of self-expression with mainstream celebrities, the shoemaker also highlights female stars who align with its punk rock past. The brand’s official WeChat account touts its boots being worn by stars of iQiyi’s “The Big Band,” a reality show which propelled China’s indie rock scene into popular culture. The brand shows a photo featuring its boots on rock star Luo Qi, a music legend on the show famous for losing her eye in an early 90s bar brawl.

Dr Martens’ promotion of its “association with the show felt like an attempt to straddle the divide between the commercial mainstream and subcultural imagery,” says Jake Newby, managing editor of RADII China and expert on China’s underground music scene.

Both in China and globally, Dr. Martens’ brand positioning embraces a sense of fashion-forward edginess that makes its iconoclastic history palatable to a wider audience. For young Chinese women looking for a break from traditional gender expectations or ways to express a more multi-faceted identity, the commoditised rebellion offered by the brand’s footwear provides an easy entry point.