What Pandemic? It's Paris Fashion Week 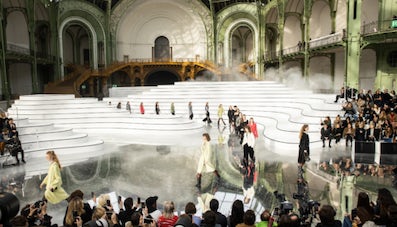 Paris Fashion Week is forging ahead, even as the city struggles to contain a resurgent Covid-19. The industry was no doubt hoping the pandemic would be an unhappy memory when it announced an event slate that includes nearly 20 in-person shows. But most, if not all brands still plan to forge ahead with their fashion week plans, even if their activations are scaled back in size and will be staged for a largely French audience (influencers, celebrities, editors and buyers from the US, Brazil and several other countries will be unable to attend due to travel bans, while plenty more have cancelled due to quarantine restrictions and budget cuts).

The incentive to put on a physical show is strong: designers from Jacquemus to Jason Wu have seen their live events stand out amid a sea of mostly ignored digital productions. And for an industry that sells aspirational fantasies, staging elaborate live events in the middle of a pandemic can be smart branding when done right (and safely). On the other hand, Prada and Valentino have managed to draw big online audiences with noteworthy clothes, strong production values and savvy marketing.

The Bottom Line: With movie studios and opera houses postponing programming until deep into 2021, fashion is increasingly isolated in plowing ahead with live events. So far, many of luxury's biggest players still see in-person shows as worth the risks. 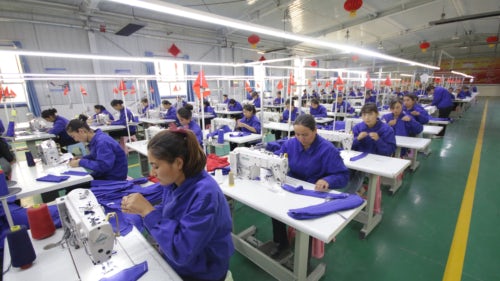 The fashion industry has struggled to rid its supply chain of forced labour; for every qualified success, such as the boycott of Uzbek cotton that reduced (though not eliminated) the use of unpaid workers there, new abuses come to light. China's Xinjiang region, a major source of both raw cotton and textile manufacturing, has proven particularly tricky for the industry to extricate itself from. China is accused of subjecting the region's Uighur population to mass internment, including forcing many to work in factories or cotton fields without pay. Their output finds its way into the supply chains of dozens of major brands, activists allege.

Though some brands have taken steps to cut ties with suppliers in the region, the industry hasn't moved fast enough for politicians in a growing number of countries. The bill that passed in the US House last week won rare bipartisan support, despite opposition from most major US fashion and retail lobbying groups. Its fate in the Senate is unclear, as lawmakers there are occupied with the fight to appoint a new Supreme Court justice.

The Bottom Line: Even if this particular piece of legislation stalls, fashion brands are unlikely to see reduced pressure to tackle forced labour in Xinjiang. Addressing the plight of the Uighurs is proving an effective way for politicians on both sides of the aisle to show they are tough on China, and clothing made via coercion makes for an easy — and worthy — target. 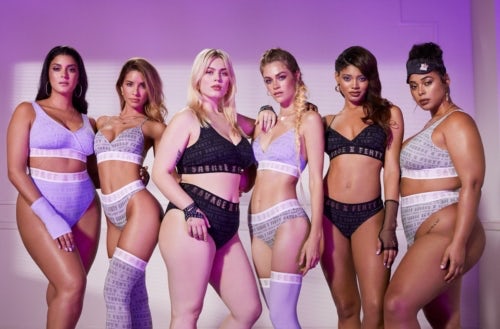 One key takeaway from fashion month: if you’re going to put on a digital fashion show, you'd better go all out. That strategy paid off for Prada, which turned the debut of the first Miuccia-Raf collection into a multi-faceted online event aimed at fans of the brand, in addition to the usual buyers, editors and critics. Rihanna was ahead of the curve, streaming her September 2019 show for her lingerie brand on Amazon last year. Though Amazon doesn't release ratings, it must have been a hit, as the brand is doing it all over again this week. Performances by Travis Scott, Bad Bunny and others should bring in the viewers.

The Bottom Line: It's curious that so few other brands have tried to replicate Rihanna's formula during the pandemic, especially as it's become clear that audiences aren't willing to tune into digital shows for the clothes alone. A Savage X Fenty show serves a different purpose than a luxury brand's runway, as it's meant to sell lingerie directly to the largest possible audience. Still, given how poorly digital shows have performed this year, you might expect at least one brand to give pure spectacle a try.