With the outbreak of the coronavirus in Lombardy, Italy, the region that includes Milan, many industry executives, buyers and editors were forced to travel home early and complete their jobs virtually, either by watching runway shows online or using virtual showroom applications to make their seasonal orders. Even before the outbreak in Italy, fashion industry professionals in China were already adjusting their ways of working towards digital communication since most of them stayed away from fashion month altogether.

It meant less face time, and less air-kissing by the time the Paris shows began. But It also nudged along a shift that has been occurring naturally already. Does it make sense that such a large percentage of the industry’s top talents leave their jobs for at least two months out of the year, sometimes three or four if you’re also making time for couture, men’s and the off-piste resort shows and market appointments?

In an era of business driven by high performance, optimisation and a desire to eliminate waste, fashion month’s lack of efficiency feels increasingly old fashioned. It's no wonder that show production veterans like Alex de Betak and organisations like the CFDA, The British Fashion Council, the Camera della Moda and Chambre Syndicale are all grappling with big questions about the sustainability of fashion week. Activist group Extinction Rebellion went as far as calling on the BFC to cancel London Fashion Week in September 2020 and "stop the fashion industry’s exploitation of planet, people and animals.”

And yet, there is an intangible element to the proceedings that cannot be discarded. Human interaction is important. The conversations that happen during fashion month, the dealmaking and relationship building, are vital. Without them, the industry would lose its sense of community, not to mention its ability to innovate and move forward.

And then there are those incredibly out-of-this-world, creative shows — this season at Balenciaga, Louis Vuitton and Moncler — that could never be replicated by a digital showroom. In this way, fashion week also contributes something meaningful to the consumer allure of the fashion industry. More than ever, consumers are aware of fashion week, and runway shows are often the biggest, most expensive marketing moment of the year. The allure remains powerful.

Runway shows are often the biggest, most expensive marketing moment of the year.

What’s more, it’s not only fashion that has a vested interest in fashion month. Beyond the show producers, publicists and organisers who rely on the steady, consistent work, cities benefit handsomely from the economic impact of having hundreds of thousands of visitors ascend.

From hotels to cab drivers to restaurants, event planners and food caterers, nearly every service industry is impacted. New York, where fashion week has become less of an international destination, is already feeling the impact. In 2015, the city said the biannual event brought in almost $900 million a year, according to the New York City Economic Development Corp. Just two years later in 2017, that number was $600 million, a 50 percent decrease as more of the city’s top brands moved their shows to other locations or stopped showing altogether. The group hasn't released figures since.

Many industry insiders have suggested that the fragmentation of shows — with some designers showing during the pre-collection season, others skipping seasons altogether — is the natural evolution. But fragmentation does not solve the inefficiency problem — or the carbon footprint of more travel to more destinations. In fact, as the industry continues to try building more environmentally sustainable businesses, jetting off to a remote location for a Cruise show feels increasingly irresponsible. Instead of fashion week consolidation, there has been fashion week proliferation, with events in Scandinavia, Asia and South America drawing more attention, and encouraging more travel, than ever before.

So, what is the fashion industry to do? Because there is no global governing body for the industry, it’s going to take collaboration, compromise and sacrifice amongst a group of industry bodies who have historically focused on protecting the economic interests of their own constituents as opposed to taking a global view across a variety of stakeholders.

One potential solution would be to further concentrate the four major fashion weeks: shrink them down even more. But the bold, transformative move would be to host one Global Fashion Week twice a year: one event — held in a different city each season — where the industry in whole would gather, do their business, featuring a curated group of shows, presentations and showrooms to enable the business of fashion to happen while implementing strict policies around sustainability in order to participate. Then everybody could get back to work.

This isn’t an easy sell, especially in Milan and Paris, or Seoul and Tokyo, where the industry is far more interwoven into the culture of those cities. But the world is only going to get more complicated this year. We need to come together and rethink fashion month altogether. 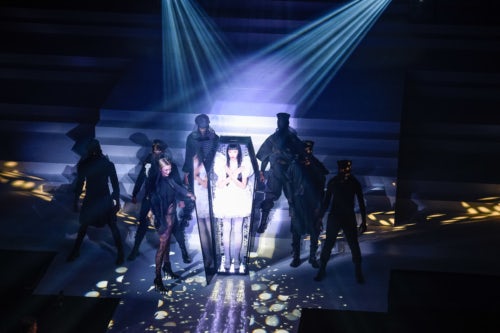 Sacai to design Jean Paul Gaultier couture collection. The Paris-based fashion house said it would work with a new guest designer each season to create its haute couture collections following the departure of its namesake founder in January. First up is Sacai's Chitose Abe. Jean Paul Gaultier joins a growing number of brands trying to mimic Moncler's successful Genius model, including Tod's and Pucci.

Tokyo Fashion Week cancelled amid coronavirus fears. The latest in a string of high-profile industry events to be cancelled or postponed, Japan’s largest fashion gathering has been called off as its government scrambles to contain its Covid-19 outbreak. Shanghai, Beijing and Seoul Fashion Weeks have also been impacted.

Nike closes European HQ due to coronavirus. The sportswear giant’s Holland head office temporarily shut down following the news that an employee was infected with the virus. Dutch news agency ANP reported that the office in Hilversum would be disinfected and the employee would stay in isolation for 14 days.

Nordstrom misses Q4 estimates. The Seattle-based retailer reported total revenues of $4.54 billion, up from $4.48 billion, yet still fell short of expectations. Its underperformance sent shares down 9 percent in after-market trading. The company announced Erik Nordstrom would be its sole chief executive, moving away from its co-president structure.

Watch brands to stage new event following Baselworld cancellation. Led by Bulgari, rival luxury names are collaborating on Geneva Watch Days after the coronavirus outbreak forced the cancellation of Baselworld and Watches & Wonders. Eight brands have signed on so far, including Breitling and Girard-Perregaux. The event will be a series of presentations and events for retailers, press and customers.

Hong Kong retail sales hit by coronavirus. Sales in the region were down 21.4 percent to to HK$37.8 billion ($4.86 billion) in January, the 12th consecutive month of decline. The health epidemic hit an already struggling retail landscape following months of anti-government protests.

Abercrombie tops holiday sales expectations. As e-commerce continues to impact foot traffic in malls across the US, the brand has shut or downsized dozens of its flagships to focus on opening cost-efficient smaller shops and pop-ups. Remodelled stores have helped improve same-store sales by 8 percent.  The company's fourth-quarter net sales rose 2.5 percent to $1.18 billion. 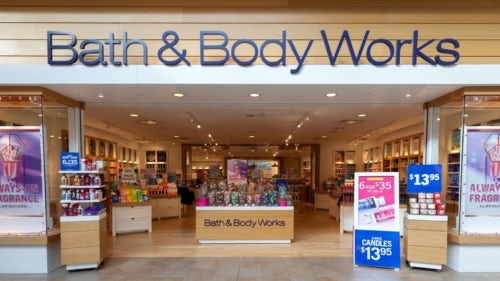 Bath & Body Works plans for the future as independent company. The L Brands-owned retailer announced plans to take the company in a new direction by expanding its international brick-and-mortar site portfolio, implementing a click-and-collect scheme and improving their loyalty programme to boost the brand's growth. Following L Brands quarterly net loss of $192.3 million after selling its 55 percent stake in Victoria's Secret to Sycamore Partners, the group hopes to build on Bath & Body Works record $5.19 billion in sales last year.

Beauty manufacturer KDC/ONE acquires Cosmetic Laboratories of America. California-based CLA is a beauty product developer and contract manufacturer, founded in 2002 and acquired by Corenll Capital in 2018. Along with its merger with HCT Group and integration of Benchmark Laboratories, the acquisition is set to strengthen KDC/ONE’s footprint on America’s West Coast. 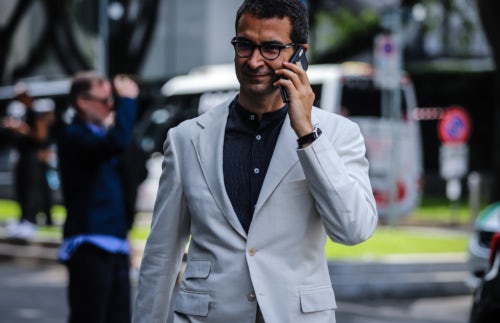 Yoox Net-a-Porter chief executive steps down. Federico Marchetti relinquishes the title as the Richemont-owned company's losses mount. He will continue on as the chairman of the company. A successor has not yet been named.

Hudson’s Bay Company chief executive exits. Helena Foulkes will exit the business on March 13. The move comes after plans were announced to take the retailer private. The company's Chairman Richard Baker is slated to replace Foulkes and will remain in his current role at the company.

Printemps chief executive steps down. Paolo de Cesare, the chief executive of the French department store, relinquished his role on February 28, 2020. The move comes after what the retailer described as years of "challenging performances" in a company statement. The company is still searching for his successor.

Alibaba's AliExpress warns of possible coronavirus delays. The Alibaba Group said that supply chain and delivery disruptions could cause a decline in revenue at its main e-commerce businesses. This includes shipping times and logistics at AliExpress, which may also be delayed as a result of Covid-19.

Luxury rental platform Armarium to shut down. The US-based rental service founded in 2016 will shutter on March 7 after is was unsuccessful in finding a buyer. Although the company, which offers garments from high-end players like Thom Browne and Bottega Veneta, generated $5 million from investors such as Adrian Cheng’s C Ventures, Carmen Busquets and Tommy Hilfiger, the high cost of operating a rental service meant that it struggled to compete with competitors.

Amazon confirms first coronavirus case among US employees. The patient worked in the e-commerce giant’s Seattle office, a spokeswoman confirmed, and all co-workers who might have come into contact with them have been made aware. Amazon also said that two employees in its Milan offices have been infected with the virus.