Uncertainty often puts deal-making on pause, especially when the level of risk involved is at the scale of a pandemic. But there are always those eager to find opportunity in a crisis.

A week after LVMH knocked a modest $400 million off the original $16.2 billion price for Tiffany, Alibaba and Richemont forged a new alliance with Farfetch, investing over $1 billion in the platform while establishing a joint venture to accelerate growth in China, the world’s largest luxury market, where the pandemic has driven a boom in online sales.

This week, VF Corp also announced its acquisition of streetwear juggernaut Supreme, whose authenticity, accessible-priced product and online-heavy distribution have helped the skater label generate high single-digit growth this year as the wider apparel market has suffered steep declines. The terms of the deal valued Supreme at $2.1 billion, more than double its valuation when private equity giant Carlyle took a stake in the business three years ago.

But more common amid crises are opportunistic deals for distressed assets.

Even before Covid-19, the gap between sector leaders and the rest of the pack was widening. The virus has only accelerated this polarisation, pushing many underperforming businesses into distress and creating ripe acquisition opportunities for cash-rich frontrunners in the process.

On Monday, news that Pfizer-BioNTech’s coronavirus vaccine was more than 90 percent effective in preventing the illness in late-stage trials sent stock markets surging. Doses could be distributed to health-care workers and the elderly within weeks. But it’s improbable the drug will reach the general population until mid-2021, meaning that, for now, the world remains mid-pandemic with the fashion sector, even in a best-case scenario, unlikely to return to 2019 sales levels until late 2022, according to early data from BoF and McKinsey’s The State of Fashion 2021 report. This means more businesses are likely to fall into distress.

But don’t expect a rush of M&A right away. For sellers, who likely suffered major losses in the first half of the year, it may be advantageous to wait for better numbers before making a deal, said Erwan Rambourg, author of “Future Luxe: What’s Ahead for the Business of Luxury.” For would-be buyers, meanwhile, adding fixed cost and complexity may be unappealing as they still face challenges like renegotiating rents, repurposing staff and accelerating their digital strategies.

In 2021, however, as a vaccine becomes widely available and a rebound takes shape, we’re likely to see a significant rise in M&A activity with a focus on deals that will unlock upside in the new normal that emerges as the pandemic finally recedes.

Some acquirers will surely aim to grow their position in the fast-growing e-commerce market, much as British ultra-fast fashion e-tailer Boohoo — whose sales have soared through the pandemic despite a supply chain scandal — did when it snapped up the intellectual property and e-commerce businesses of the distressed UK Oasis and Warehouse labels in June.

Others will find opportunities for vertical integration, as when distressed French label Naf Naf sold to its Turkish supplier in July or mall giant Simon Property Group bought denim retailer Lucky Brands in August. Still, others will seek to acquire new capabilities much as French Legacy Group did in July, when it acquired shoemaker Clergerie, citing its artisans.

Larger players may focus on consolidation deals that unite complementary players to grow market share. The luxury e-commerce space, with too many players chasing too few customers despite the pandemic uptick, is certainly ripe for consolidation. Some industry analysts say 2021 could bring a merger between luxury e-commerce giants Farfetch and Yoox Net-a-Porter Group.

But the biggest deal of all, they say, would be a Richemont-Kering mega-merger, uniting each player’s strengths in hard and soft luxury respectively to mount a truly multi-brand, multi-category challenge to sector leader LVMH, whose market cap is currently three times larger than Kering’s, its closest competitor.

While Richemont chairman Johann Rupert has ruled out such a move — and a more likely transaction may be the sale of Richemont’s fashion label Chloé to Kering — some observers suggest that with LVMH’s Tiffany acquisition looking like a done deal, 2020 may yet prove a catalyst for a transformative move that could reshape the sector. 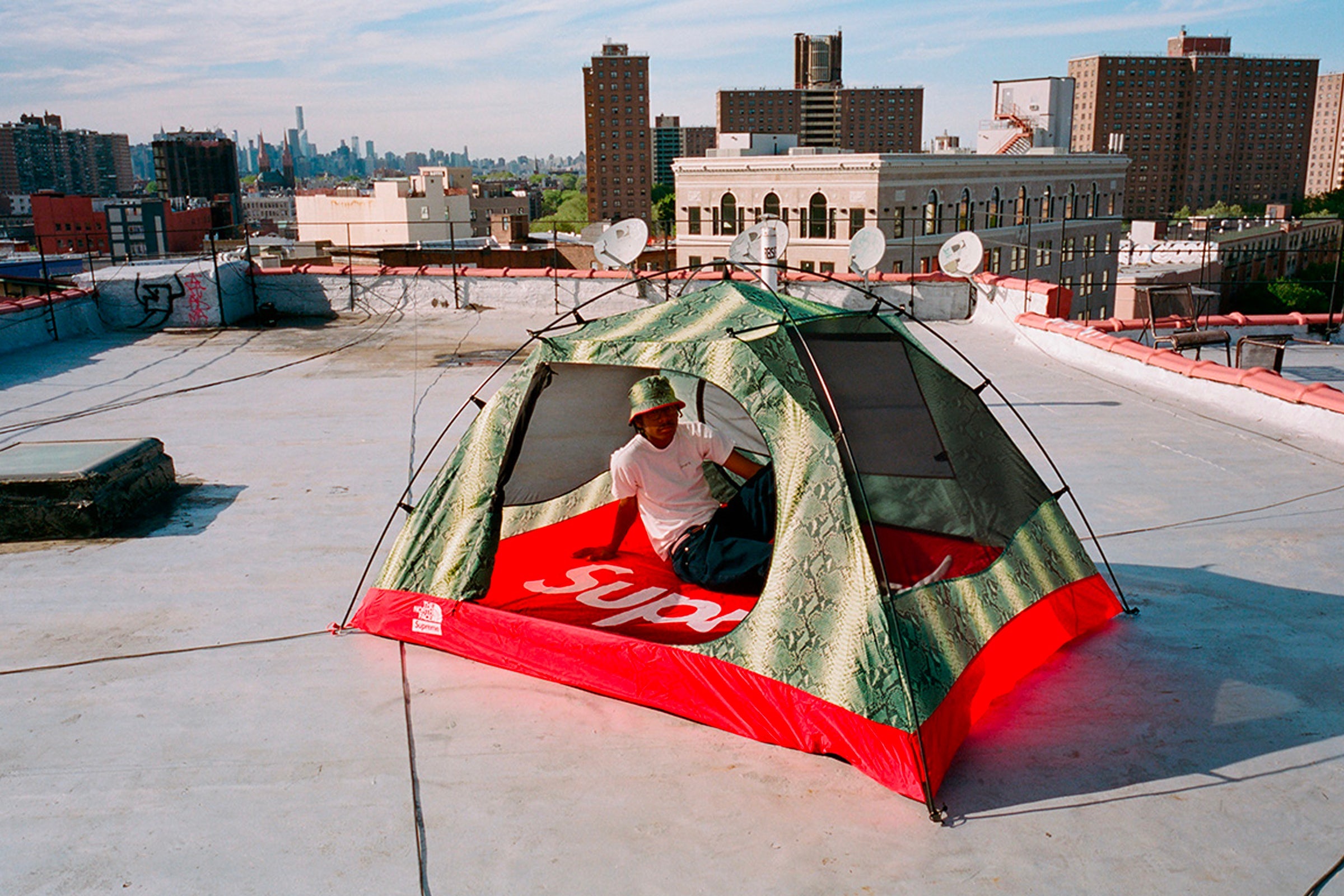 Supreme has a history of collaborations with VF brands Vans, The North Face and Timberland. Supreme.

VF Corporation has acquired Supreme for $2.1 billion. According to VF, Supreme currently generates more than $500 million in revenue, up from around $200 million in 2017. VF, the parent company of Vans, Timberland and The North Face, is betting it can leverage its size and clout against Supreme’s brand to roughly double sales to $1 billion.

Burberry beats expectations, takes aim at discounts. The company said Thursday it will reduce markdowns, a measure that may hurt second-half sales though should improve long-term profitability. The stock rose as much as 5.8 percent after first-half sales declined less than expected and Burberry said revenue returned to growth in October.

Farfetch reports third-quarter jump in sales. The online luxury power player said sales increased by 62 percent from a year earlier, hitting $798 million in the three months ending September 30. Farfetch said revenue came in at $438 million, up 71 percent year over year, and expects to be profitable by 2021. The news comes a week after Farfetch struck a deal with Alibaba and Richemont to form a new joint venture, Farfetch China.

Report: Mytheresa prepares for US IPO. The German e-commerce company plans to seek a valuation of about $1 billion-to-$1.5 billion, which could change based on holiday period performance, according to people familiar with the matter. Mytheresa is hoping to capitalise on the coronavirus-induced boom in online sales that continues to grow as shoppers stay indoors

Adidas warns that worsening pandemic will weigh on earnings. The German sportswear company said its revenue is no longer on track to grow in the fourth quarter, predicting a single-digit percentage decline. Adidas is now looking to cut costs, grow its e-commerce and bolster its finances with a number of bond sales and a €1.5 billion ($1.8 billion) syndicated-loan facility.

J.C. Penney rescue deal approved in bankruptcy court. The move will avert a liquidation that would have put the department store chain out of business and jeopardised tens of thousands of jobs. Lenders will forgo $1 billion in debt in exchange for properties, while mall operators Simon Property Group and Brookfield Property Partners will acquire J.C. Penney’s retail operations for $1.75 billion.

Eurazeo Brands takes majority stake in Axel Arigato. The private equity firm will pour €56 million ($65.5 million) into the Swedish footwear-turned-lifestyle label. The company generates upwards of $40 million in annual sales and online business has soared during the pandemic. Founders Albin Johansson and Max Svärdh will remain shareholders and continue to lead the brand.

Paris department store Printemps shuts shops and cuts jobs. The company plans to close seven stores in France and cut 428 jobs as it reels from the effects of the pandemic. Printemps said it will invest €40 million ($47 million) annually for the next two years to double down on e-commerce and renew its in-store product curation.

Westfield-owner Unibail rethinks funding. The move comes after shareholders rejected a €3.5 billion ($4.2 billion) rights issue under pressure from activist investors. Such rejection is rare for a company on France’s blue-chip index, but shareholders voted against passing the resolution, with 62 percent in favour of the capital increase.

Mall landlord Simon Property’s revenue falls 25 percent. The company’s shares, which closed nearly 30 percent up after drugmaker Pfizer Inc. revealed progress in its experimental Covid-19 vaccine, were down about 6 percent after the closing bell on Monday, November 9. The company’s properties shuttered during pandemic-led lockdowns, leaving it with months of unpaid rent to contend with.

Pandora’s turnaround leaves short sellers burned. The jewellery brand, once notorious for falling short of profit guidance, is now one of the Nordic region’s biggest corporate success stories. Its share price has risen around 90 percent this year, making it the strongest performer in Denmark’s world-beating benchmark stock index.

UK shopper numbers plummet as second lockdown starts. From Thursday 5 November onwards footfall crashed, declining by an average of 46.7 percent from the week before. Market researcher Springboard reported that shopper numbers declined by 16.2 percent on high streets and 18.9 percent in shopping centres.

Brexit threat triggers last-minute dash for warehouse space. Without a trade deal, British companies face the prospect of tariffs on shipments and additional paperwork that could create delays at border entry ports. Marks & Spencer and Harvey Nichols are among the companies applying for a license to avoid paying additional tariffs on imported and exported goods.

Fendi invests in new factory. The Roman luxury house has started construction of a facility in Tuscany slated to open in 2022. The project has been underway since 2018, but construction is beginning amid intense financial pressure on the industry.

GCDS sells majority stake to Made In Italy fund. The private equity firm managed by Quadrivio & Pambianco is investing in the Italian fashion label alongside former Gucci chief executive Patrizio di Marco. Brothers Giuliano and Giordano Calza, who founded the brand in 2015, will retain a “significant” stake in the company, according to a statement. 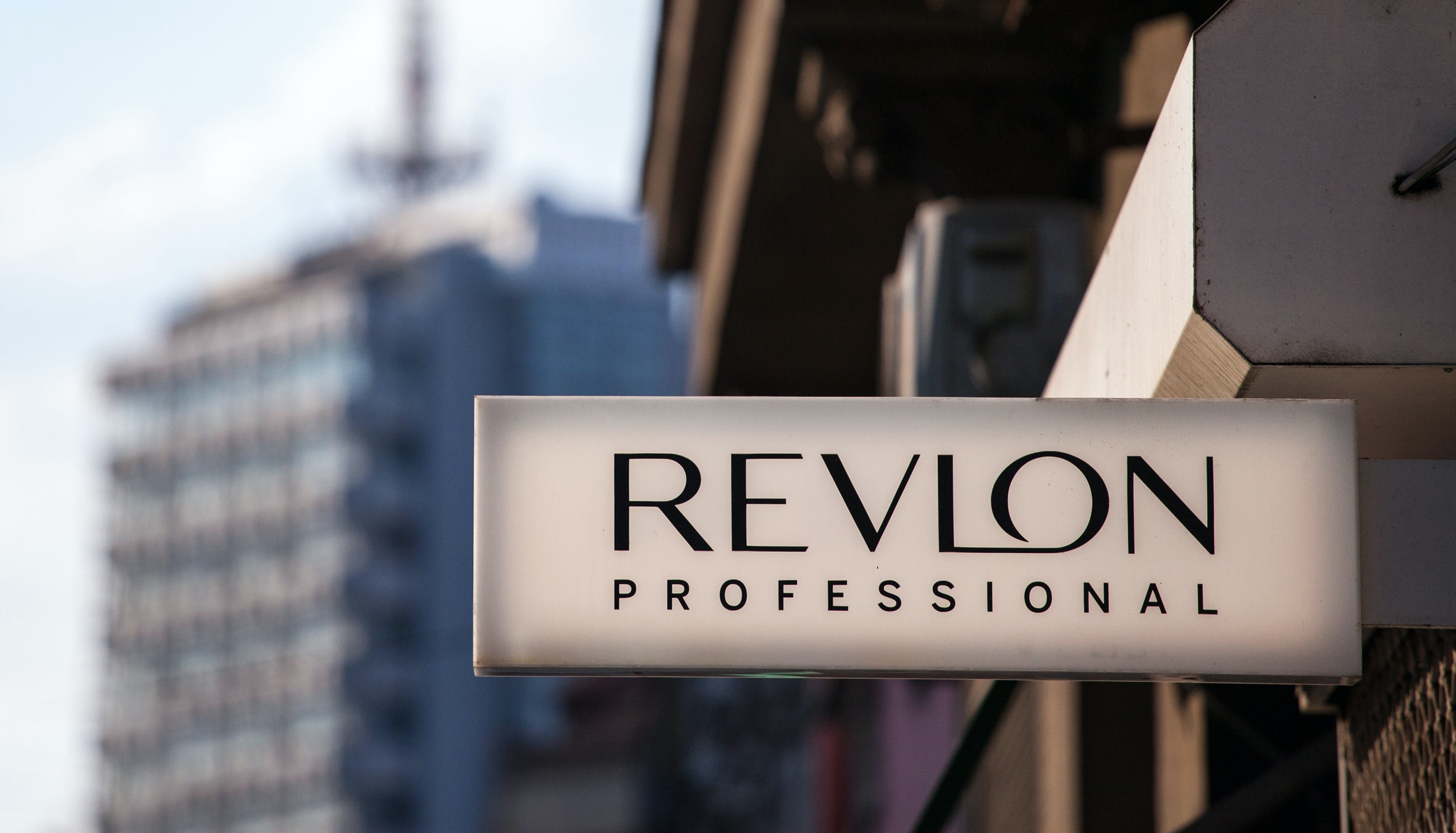 Revlon nears creditor support for deal to avoid bankruptcy. The cosmetics company said that bondholders have agreed to offer 69 percent of a $343 million bond issue that must be paid by next week. Revlon must make a deal by mid-November to avoid having to repay over $1 billion of secured debt. 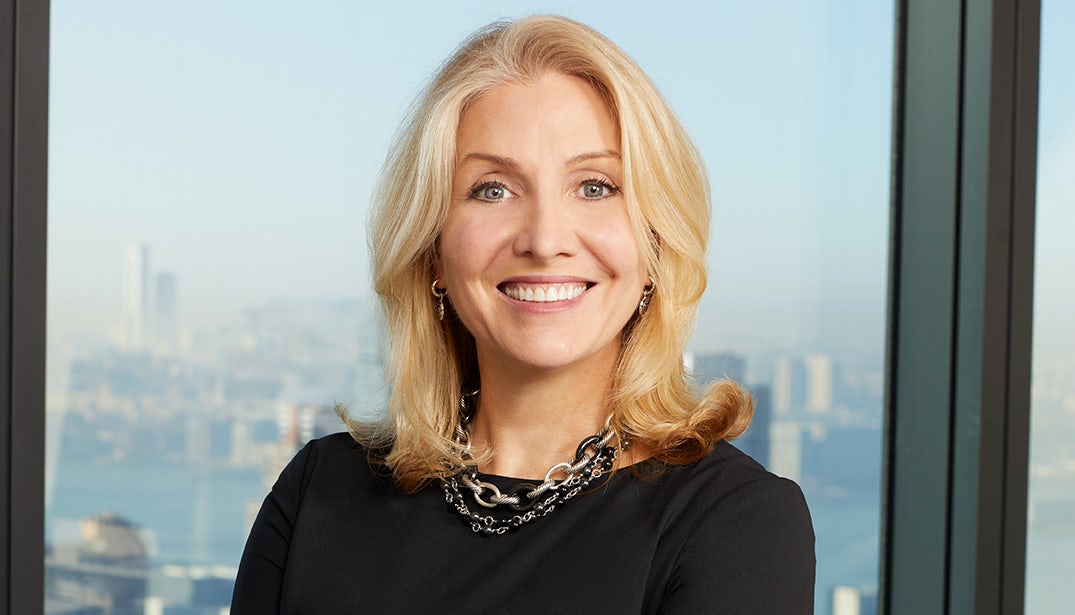 Selfridges & Co. hires Andrew Keith as new managing director. Keith will take on his new role effective February 2021. He formerly served as president of Lane Crawford and Joyce in Hong Kong, where he led the group’s expansion of both physical and digital retail. Keith will report to Selfridges Group managing director Anne Pitcher.

Julia Sarr-Jamois and Poppy Kain appointed British Vogue fashion directors. Sarr-Jamois and Kain will report directly to editor-in-chief Edward Enninful and will be responsible for all fashion shoots commissioned by the magazine both for print and digital.

EU charges Amazon with distorting online retail competition. The European Commission has been investigating the e-commerce giant since July last year, following complaints from traders about the company’s practices. Its dual role as a marketplace for merchants and also a rival seller can undermine fair competition, the EU’s competition commissioner said.

Instagram rolls out Reels and Shop tabs. The Reels tab, an update to Instagram’s latest TikTok-like video feature, will serve as a designated space for users to more easily share and discover Reels. The Shop tab will feature curated, shoppable content and new product collections in one centralised part of the app.