This week, we got the first real market signals about how hard our industry is going to be hit. Burberry warned of a dire sales slump. Li & Fung is going private. Prada’s turnaround has hit major turbulence. And many, many independent brands and retailers are unravelling.

Like many in the BoF community, Christoph Barchewitz, Co-CEO of Global Fashion Group (GFG), a Singapore- and London-headquartered e-commerce company that owns fashion platforms such as Zalora and Dafiti, immediately went into contingency-planning mode.

Importantly, Barchewitz focused first and foremost on the company’s employees, setting up work-from-home protocols, ramping up internal communications and initiating plans to support staff who fall ill, including those working in fulfilment centres. This paid off almost immediately when they were able to take a customer service call centre remote within 10 days. And as of now, there are zero confirmed cases of the coronavirus at the company.

We’re certainly comparing notes on how governments respond to this.

All companies have responsibilities, not just to shareholders but to a wider set of stakeholders, starting with employees, but extending to suppliers and society at large. Focusing on these responsibilities, alongside financial indicators, is essential to getting through this. We must also learn to collaborate with competitors in the service of the common good.

“Responsible capitalism, which seeks to move corporate culture beyond shareholder primacy, now faces its biggest test yet,” says Paul Polman, former chief executive of Unilever, in a recent post on LinkedIn. “The greatest business leaders will play a longer game to serve the societies which host them in this moment of great need, offering people security and stability as an antidote to panic and fear.”

Companies have responsibilities, not just to their investors, but to a wider set of stakeholders. This is especially true during a time of crisis. Your employees come first. Their health and safety must be your primary order of business. Next up, you must do what you can to shield them from the financial fallout of the crisis. This includes continuing to pay regular wages in the face of shutdowns and offering paid sick leave. Companies that protect employees “will build more resilient and more loyal workforces, better positioned to weather a prolonged economic storm,” writes Polman.

Then, companies must do everything they can to insulate suppliers, whether that means showing flexibility on the terms of an agreement, extending credit where needed or pulling your own levers to help them drive revenue. Again, this isn’t charity; it’s enlightened self-interest.

Take the example of online luxury marketplace Farfetch, which is supporting the many independent Italian boutiques that sell through its platform by featuring their wares prominently on the website, changing visual merchandising to surface as much of their stock as possible and offering logistics and warehousing support. The company has even moved stock from Italian boutiques into its own centralised warehouse in Trevisio, so orders can be easily processed. (One boutique has moved 50,000 items into the warehouse, free of charge.)

Companies also have obligations to the wider society and, in times of crisis, must redeploy their capabilities to serve society’s most pressing needs. Consider the example of LVMH, which rebooted some of its perfume and makeup facilities to produce much-needed hand-sanitiser for French hospitals. “These acts will not be forgotten by the recipients and will build goodwill among the wider public for a long time to come,” writes Polman.

Some businesses are simply better prepared for the crisis than others or have, in recent weeks, found novel ways to combat the challenges it has created. GFG has a large presence in Southeast Asia. As a result, the company has been dealing with the coronavirus since late January.

We saw what was happening in China, and we were also sourcing from China.

“We saw what was happening in China, and we were also sourcing from China,” says GFG’s Barchewitz. And because many Asian companies have experience dealing with the SARS epidemic, from 2002 to 2004, “reflexes and protocols are more developed”.

This is no time for keeping secrets. “It’s important to share as an industry, facing similar challenges, as we solve some problems,” explains Barchewitz. “We’ve talked to other online retailers everywhere in the world to see what they are doing, what we can learn from them.”

And as government stimulus packages from different countries start rolling in, the industry will need to band together with lobbying groups to ensure fashion gets the support it needs. “We’re certainly comparing notes on how governments respond to this,” adds Barchewitz. “From the restrictions that governments are imposing on movements of people and goods to what they do and don’t know about our business.” 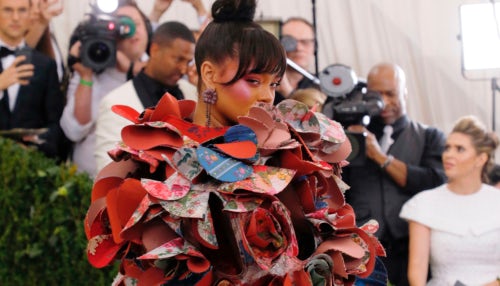 The Met Gala is postponed. Fashion’s biggest night of the year is the latest event to be pushed in response to the coronavirus pandemic. The move was widely expected as travel bans between the United States and Europe have been put into effect and government officials across a number of countries — including Italy and France — have implemented lockdowns in efforts to contain the virus.

Multiple retailers shutter stores. Patagonia, Nike, Adidas, Ralph Lauren, Chanel and Dior as well as Neiman Marcus, Macy’s, Selfridges and Nordstrom have all temporarily closed their shops. Consumer backlash against big brands that continue to operate their stores is mounting as efforts to contain the coronavirus pandemic increase. But some critics are asking them to go one step further and halt e-commerce as well.

H&M group reports dramatic sales decline in China as it closes more stores in Europe. The fast-fashion giant is grappling with a significant business slowdown in China and has temporarily shuttered stores in Italy, France and Spain as governments act to contain the spread of Covid-19. The crisis comes at an already difficult time for the H&M group, which is in the middle of a years-long turnaround effort.

Nike's sales expected to drop $3.5 billion. The sportswear giant’s revenue could fall by a third in the fourth quarter due to store closures, supply chain disruptions and the NBA suspension caused by the coronavirus pandemic. The company's global sales are already estimated to be down 21 percent, according to about 120 major wholesalers and distributors of Nike products in China, Europe and North America.

Prada reports a 2.7 percent rise in full-year sales but flags future hit from coronavirus. Earnings before interest and taxes declined 5.3 percent to €306.8 million ($336.31 million) last year, as the luxury group took measures to reduce markdowns and scale back its wholesale distribution network. The luxury goods maker said it is now implementing a comprehensive contingency plan to mitigate the effects of the pandemic without giving further details.

Inditex writes down inventory, signals sales drop as coronavirus hits. The Zara owner took a nearly €300 million impairment on its inventory and said sales fell 24 percent this month. The company said it’s too early to quantify the impact of the pandemic on its 2020 performance, but it is holding off making a decision on dividend payments until closer to its annual general meeting, which is scheduled for July. Even so, the group has €8 billion in cash, putting it in a strong position to weather the crisis.

Burberry warns of dire sales slump as coronavirus spreads. The British luxury giant had previously flagged a significant hit to sales in China, but the pandemic's spread to Western markets has worsened its outlook, with fourth quarter comparable retail sales now expected to be down 30 percent. The company said it has already seen sales fall between 40 and 50 percent over the last six weeks.

M&S warns of  'severe impact' from coronavirus. The British retailer, already seeing a substantial decline in clothing and homeware sales, will not pay a final dividend for its 2019-20 year and said it was unable to provide meaningful guidance on 2020-2021 earnings. The company has had to manage its costs accordingly but might reassign significant numbers of staff to support the food business. 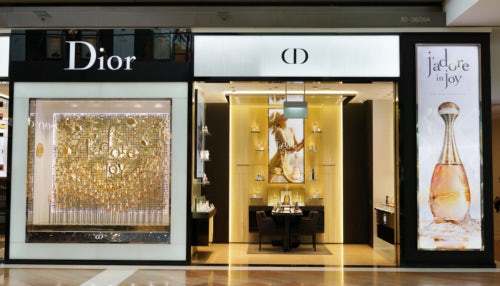 LVMH has started manufacturing disinfectant gel in French factories to help prevent a hand-sanitiser shortage. The luxury group's perfume and makeup facilities will produce hydroalcoholic gel that will then be donated to French health authorities as the country steps up its efforts to combat the spread of Covid-19. Other companies are following suit, pivoting their production lines to create in-demand supplies, including masks and sanitising gel.

Beauty essentials become crucial as the world enters recession. Amazon is freeing up inventory space for goods in high demand as a result of the coronavirus outbreak, including health, beauty and personal care items. As a result, the beauty industry is poised to look beyond luxury products and focus on personal care, a category long overdue a makeover for the Instagram age. 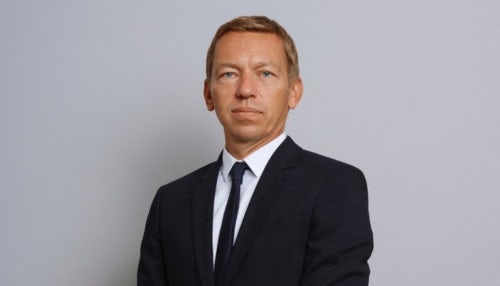 Lanvin chief executive exits. Jean-Philippe Hecquet is stepping down as chief executive of Lanvin, a role he held since August 2018. Joann Cheng, chairman of Lanvin owner Fosun Fashion Group, will step in as interim CEO until a new one is named.

L Brands names board chair. The company named Sarah E. Nash as chair of the board of directors. The appointment will take effect once the group has closed the deal to sell a majority stake in Victoria’s Secret to Sycamore Partners. Nash, who has sat on the company board since May 2019, is currently board chair and chief executive of silicone and thermal sealant manufacturer Novagard Solutions.

Mulberry’s creative director resigns. Mulberry Creative Director Johnny Coca is departing after joining the company five years ago from Celine. His last collection for Mulberry will be Spring 2021 and, according to the brand, the search for a successor is underway.

Amazon hires 100,000 workers amid surging demand. The move comes as more people stay at home to curb the spread of the virus, turning to people in the restaurant and travel industries who are suddenly looking for work due to business closures. However, Amazon was forced to shut a delivery station in New York after a worker tested positive for Covid-19, highlighting the operational risk the e-commerce giant faces as the outbreak spreads.

Tencent sees WeChat usage surge. The Chinese social media giant said the coronavirus outbreak drove eight billion visits to its social media platform. The gaming and social media giant said in a statement it did not expect the epidemic to have any significant impact on its financial position to date, unlike many companies across the world which are downgrading earning forecasts.