Prada Could Make Headlines On and Off the Runway 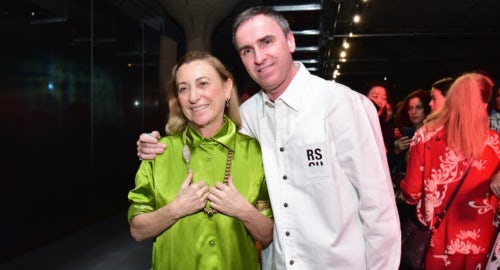 Though Prada as a brand remains a household name from Shanghai to Sheboygan, its owner has struggled to turn that notoriety into a prosperous global business. Where Louis Vuitton and Gucci have soared, Prada came late to the streetwear trend and has suffered embarrassing missteps, leading to surreal headlines earlier this month when Miuccia Prada herself agreed to attend cultural sensitivity training. Hiring Simons would certainly quiet questions about the brand's succession plan, at least in the short term. It's unlikely those rumours will be confirmed or put to rest this week, though it's another storyline to follow in what is, between Gucci's 180-degree aesthetic turn and Bottega Veneta's creative and commercial resurgence, already a pretty plot-heavy few days.

The Bottom Line: Simons' tenure at Calvin Klein shows how a star designer alone can't cure a brand's ills. Selling to a conglomerate with deep pockets and a better handle on managing a global business is a more permanent solution. 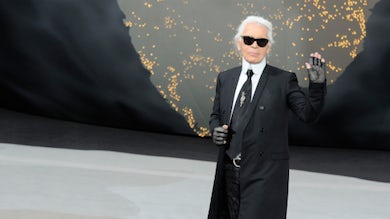 Like any business, fashion is unsentimental about the people who devote their lives to it. Karl Lagerfeld was an exception to that rule; the industry went into a period of collective mourning that spanned much of last year. However, commerce is commerce, and the multi-billion-dollar brands Lagerfeld shepherded have begun to chart a path forward. Chanel, one of the world's biggest and most lucrative luxury brands, is too big to fail; Virginie Viard's first post-Lagerfeld collections have received positive, though only occasionally rapturous reviews, and there's no indication the brand's global marketing machine has slowed down. LVMH-owned Fendi, a relatively smaller brand that was less closely associated with Lagerfeld, may be charting a more radical course under Silvia Fendi, who in interviews portrays herself as a consummate rule-breaker.

The Bottom Line:  The question of who, if anyone, among the current generation of designers is likely to establish a legacy to rival Lagerfeld, also remains open. In the age of luxury conglomerates, with designers hopping from label to label, it's hard to imagine anyone working with a brand for more than 50 years like Lagerfeld did with Fendi. 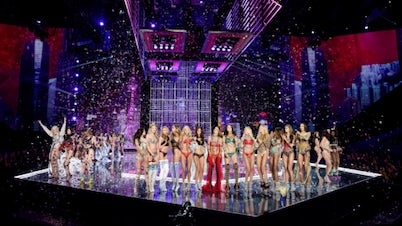 Models celebrate at the end of the 2017 Victoria's Secret Fashion Show in Shanghai | Source: Fred Dufour/AFP via Getty Images

Victoria's Secret has begun the task of modernising its operations, including basic steps like ensuring models' safety on photo shoots. The much-maligned annual fashion show is cancelled. Ed Razek, who championed "sexy" marketing long past its sell-by date, is gone under a cloud of harassment accusations. It's not hard to imagine Victoria's Secret marketing resembling Aerie's, Fenty's or ThirdLove's before long, whether or not L Brands sells the brand to Sycamore Partners or another buyer. Adopting more-inclusive marketing and treating employees humanely will be delicate work, but the path forward on those fronts is clear. Less obvious is how Victoria's Secret can fix its retail strategy, which still relies too much on a bloated network of more than 1,100 stores. Even the most progressive and innovative brands struggle with those questions.

The Bottom Line: Ultimately, it's cheap but appealing bras sold by Aerie and Target, not angry commenters on social media, that pose the biggest threat to Victoria’s Secret.