NEW YORK, United States — Things are not going as planned for Tapestry Inc. and Capri Holdings Limited, the budding American fashion groups with ambitions to take on European rivals — and sector dominators — LVMH and Kering.

Both companies once again reported tepid results this week. Coach-owner Tapestry beat analyst profit projections, but weak results at Kate Spade New York, which the group acquired in 2017, disappointed. Sales at Stuart Weitzman, another acquisition, are also on the decline. The results came just two months after the dismissal of Tapestry Chief Executive Victor Luis. (Shares halved during his five-year tenure.)

It’s not just this earnings cycle, though. Tapestry and Capri may both want to be the world’s next major fashion group, but early efforts have proven that it's not going to be easy, if it's possible at all.

Their first challenge is positioning. Spoilt for choice, consumers are less interested in mid-priced products available at scale: they want dangerously affordable fast fashion or pure luxury. (And preferably at a discount.) It’s harder for consumers to see the value in something that is not cheap but not that expensive, either. Especially if it’s not utterly unique. That’s a problem for Tapestry in particular, which deals exclusively in accessible luxury.

When Luis first set out to build the group, he focused on operational improvements, whittling down wholesale partnerships and paring back markdowns. For Coach, this strategy has resulted in eight consecutive quarters of positive comparable sales, although that modest growth is coming from outside North America, where sales are flat.

With the acquisition of luxury brands Jimmy Choo and Versace, Capri has aimed to move upmarket, broadening Michael Kors’ high-end offering with hopes of relying less on the squeezed middle. It also closed some Michael Kors stores and pulled back on discounts in the wholesale channel. But the $2.1 billion purchase of Versace was expensive, and investors expect the Kors brand to throw off cash so that the company can put more money into scaling the Italian fashion house.

Investors seem unconvinced that either plan will work. Tapestry shares are down 20 percent in 2019, and Capri is down about 5 percent in the same period.

At Tapestry, the focus is on turning around Kate Spade, where global comparable store sales decreased 16 percent in the most recent quarter. But Kate Spade is not the only problem. While each of its three brands have strong DNA, the company has failed to produce a breakaway hit.

At Capri, Versace may be growing fast in the US and Europe, but those gains were offset in the most recent quarter by the hit the brand took in Hong Kong and mainland China. And net sales at Kors are still on the decline. Sales at stores open at least one year are up, though, which Chief Executive John Idol attributed to a return to core product that the brand’s fans love.

“We kind of made a mistake,” he said in the earnings call Wednesday, pointing to how Kors had pulled back from its signature items in previous quarters. “[Now] we’ve course-corrected and in our own retail we’ve seen some very strong selling that we’re extremely pleased with.”

Still, there is dissonance between Idol’s vision for Capri as a true luxury player versus Kors’ position in the market today as an accessible brand.

LVMH and Kering understand that they are building brands to last — and this requires considerable time and capital. To make it happen, they rely on marquee brands to fund the development of smaller brands. Louis Vuitton and Dior, for instance, drive significant sales — and profit — within the LVMH universe, generating enough to cash so that group is able to experiment with new ventures (like Rihanna's Fenty fashion line) and acquire other big players. (Most recently, it bid $14.5 billion to buy Tiffany.)

Tapestry and Capri need to cultivate their own version of Louis Vuitton in order to move forward— and satisfy impatient investors. 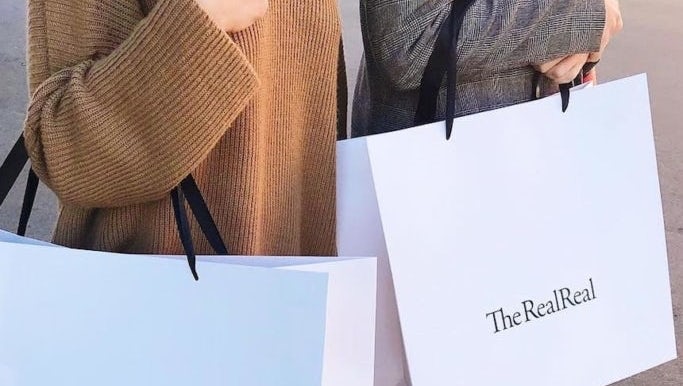 The RealReal chief executive responds to counterfeit accusations. In an email to customers on Wednesday, Julie Wainwright stated that the company "strives for perfection, but may not be perfect every single time." The email is a response to an investigation by CNBC that revealed several fake listings on the platform, including a fake Prada dress and a mislabeled Loro Piana scarf. While Wainwright cited experts across luxury categories like jewellery and watches, these accusations add more fuel to the fire. The company's authentication process has come under scrutiny from other publications and faced litigation from Chanel over counterfeits.

Under Armour faces federal probe. The Baltimore-based athletic wear giant confirmed that it is under investigation by the Justice Department and US Securities and Exchange Commission over whether it shifted sales from quarter to quarter to appear financially sound. The company is cooperating with the Justice Department and the SEC, stating that its "accounting practises and disclosures were appropriate," according to The Wall Street Journal.

Richemont continues to suffer from Hong Kong protests. The Swiss luxury conglomerate missed analysts expectations, and reported operating profit of €1.17 billion ($1.29 billion). The company reported "mixed performance" across its luxury houses, and despite analyst suspicions that it may begin to offload its soft luxury brands or possibly merge with Kering to take on LVMH, it still shows commitment to its fashion operations.

Gucci introduces global pop-up stores. Called “Gucci Pin,” the shops aim to target a different group of consumers, including those in cities that do not already have Gucci brick-and-mortar locations. The Kering-owned luxury brand is planning a particular theme for each wave of pop-up openings — the first group will be about the holiday season for gifts, the second, set to open in early 2020, will celebrate the Chinese New Year and Year of the Mouse, while the third will be a part of a “psychedelic” theme. Locations include Chengdu, Sao Paulo, Taipei, Mexico City, Dubai and Bangkok.

Tiffany responds to LVMH's offer. The US jewellery chain asked LVMH to raise its $14.5 billion acquisition offer, stating that the current bid undervalues the business, according to people familiar with the matter. The $120-per-share all-cash offer by LVMH was said to be too low to begin negotiations, however, Tiffany is reportedly ready to open its books and provide confidential due diligence if the luxury conglomerate makes a more competitive offer.

Ralph Lauren sales defy Hong Kong slump. Ralph Lauren Corp.'s second-quarter earnings rose 6.9 percent to $182.1 million, with shares rising as much as 14 percent on Thursday resulting in the biggest intraday gain in over a year. While same-store sales grew just 1 percent in Asia, the company has avoided a slump driven by the Hong Kong protests that have plagued other luxury brands.

Adidas beats earnings estimates. Total revenue reached €6.4 billion ($7.1 billion), and sales have picked up in the US market, up 16 percent, after the company struggled with supply chain issues. Sales in the European market are also up, growing 3.2 percent with expectations that the European Championship soccer tournament will further boost sales. 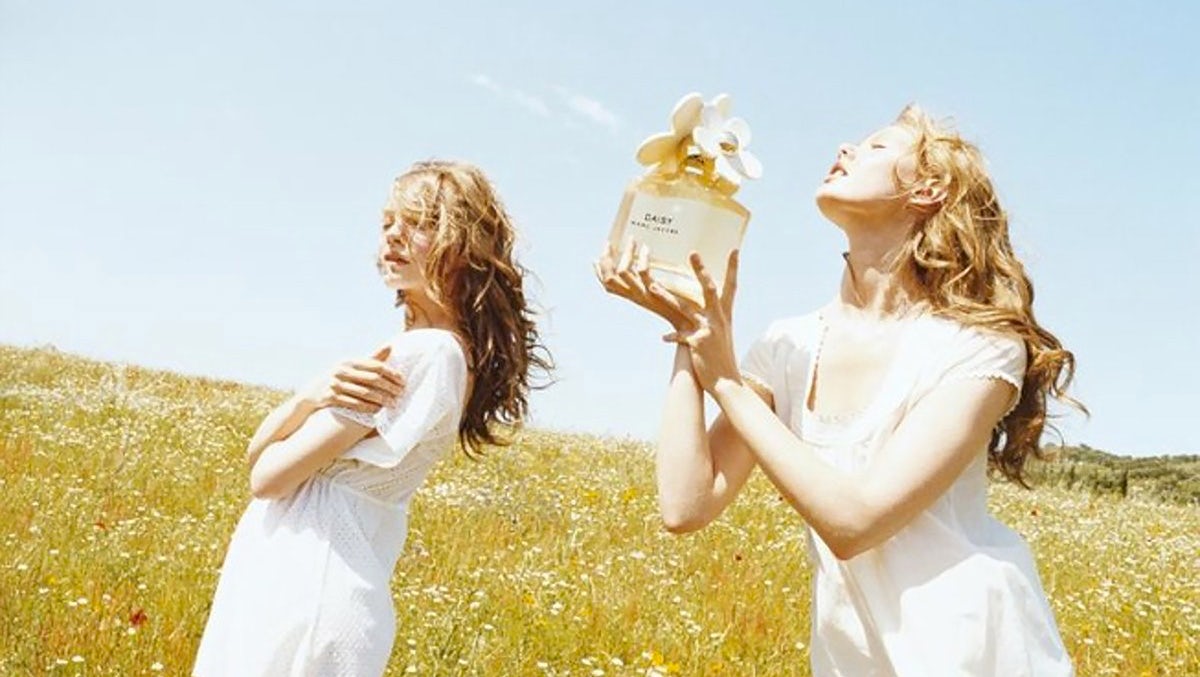 Coty Inc shifts its strategy. Since acquiring beauty brands from Proctor & Gamble in 2016, the beauty giant has lost half of its value. Facing the decline of makeup sales, competition with speciality beauty stores and an attempted rebrand of CoverGirl among other issues, Coty is now focusing on shrinking its brand portfolio and focusing on its key brands. 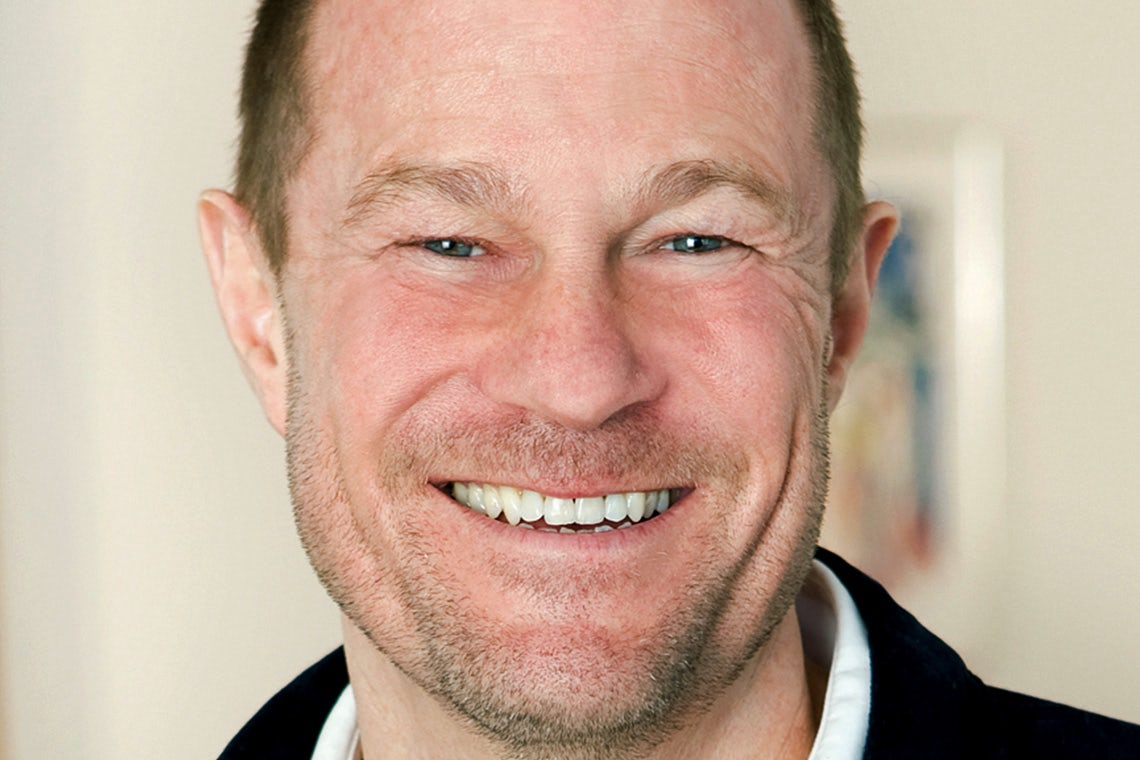 Gap Inc. Chief Executive Art Peck exits.  As chief executive over Gap, Banana Republic and Old Navy, Peck's four-year tenure did little to reverse falling sales and widespread discounts across the company. Robert J. Fisher, Gap Inc.'s current non-executive chairman of the board and member of the brand's founding family, is set to replace Peck as interim CEO and president.

Loewe CFO leaves. Eloy Rodrigo has held the position since 2016 and is leaving to work on the finance team of telecommunications provider Vodafone Spain. The move will take effect in December, and the company has yet to announce a new CFO.

Zac Posen shutters namesake brand. The American fashion designer closed his business, letting go of around 60 employees after failing to find a new investor. Known for his red carpet gowns, Posen was selected as womenswear designer of the year in 2004 by the CFDA and was the subject of the 2017 documentary "House of Z".  Posen's rise and fall reveal some of the challenges independent designers face in a market with luxury giants like LVMH and Kering.

Whatsapp launches e-commerce feature. Facebook Inc. announced a catalogue feature for the messaging app, allowing users of the WhatsApp Business platform to display a mobile storefront for product images and pricing. Last year Facebook announced that Whatsapp would charge businesses for sending marketing and customer service messages, but still offers a free WhatsApp business service for over 5 million businesses. Chief Executive Mark Zuckerberg noted a shift as the platform focuses on private chats to allow bots and augmented reality tools for businesses to communicate with users.

Most young Americans want to be influencers. In a recent survey from Morning Consult,  86 percent of people ages 13 to 38 would be willing to try out influencing. The study also found that 61 percent of young people are already posting online about their favourite brands without receiving compensation.

A new textile enters the market. Swedish-based startup Renewcell has created a new textile called Circulose from discarded cotton clothing. The company runs a commercial-scale recycling plant, and the textile is starting to enter the supply chain. No brands have announced plans to use the product yet, but H&M has a minority stake in the company.