Burberry's Big Bet Has Yet to Pay Off 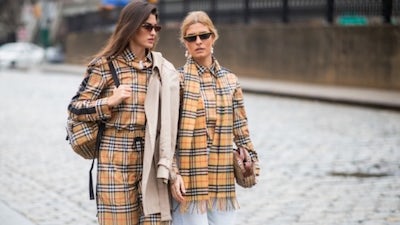 The brand experienced a modest rise in sales at the end of last year, indicating a multi-year turnaround plan under Chief Executive Marco Gobbetti was starting to bear fruit. Then the pandemic-driven lockdowns came, first in China, a key growth market for the brand, and later in Europe and the US. This week's results will primarily reflect the effects of the later lockdowns.

There were reasons to be skeptical about Burberry's progress in reimagining itself as a pure luxury brand even if Covid-19 had never spread beyond Wuhan. Burberry is attempting to elevate its image to join Gucci, Dior, Prada and other pure luxury brands. However, interest in Burberry was declining before and during — but also after — the lockdowns, according to a recent Bernstein analysis of Google search trends. That indicates waning excitement about what star designer Riccardo Tisci can bring to the brand; his arrival two years ago was meant to generate a wave of hype that would justify charging higher prices for handbags and clothes.

Many brands have tried to pull off this sort of pivot, but few, if any, have succeeded. In America, Michael Kors, Calvin Klein Coach and Ralph Lauren have faced similar challenges to Burberry. Designer-led resurgences at Gucci and, more recently, Bottega Veneta came at brands that were already firmly seen by consumers as high luxury.

The Bottom Line: Burberry’s status as an independent, publicly traded company — without a Pinault or Arnault calling the shots — also hinders its ability to pivot. The brand’s recent share performance indicates investors’ patience is wearing thin.

The Return of Live Fashion Shows 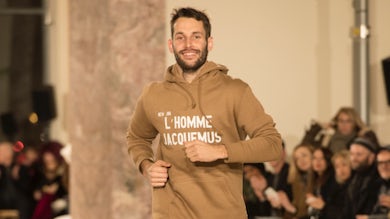 Digital haute couture week is over, and though menswear designers are taking a stab at virtual fashion shows in Paris and Milan this week, it's safe to say the experiment has not been a rousing success. Enter Jacquemus, who will present his "L'Amour" collection before a real live audience at a secret location later this week. The designer has a knack for drawing the spotlight with a fraction of the resources of a Dior or Chanel, which has allowed him to show when, where and how he wants. Though the collection will be shown to “a very limited number of guests,” many in the industry will be watching closely.

The Bottom Line: Brands are itching to return to live shows in September, and are no doubt happy for someone else to take the risk of going first.