New York Fashion Week isn’t what it once was. This season, the event is suffering from the absence of major American brands like Ralph Lauren and Tommy Hilfiger. Then, there’s the ongoing exodus of designers decamping to Paris, from Joseph Altuzarra to Thom Browne to Telfar Clemens, who have all cited the business advantages of showing on fashion’s biggest stage. But nothing has caused more consternation than Tom Ford’s decision to show in Los Angeles this Friday, a move seen by some as a betrayal of New York Fashion Week, an event he is supposed to be championing as Chairman of the Council of Fashion Designers of America (CFDA).

To be sure, Ford’s decision is a shrewd — some might say selfish — move that puts the interests of his label above those of America’s top fashion showcase. New York Fashion Week’s loss is undoubtedly his gain: the success of his label is closely linked to the glitz and glam of Hollywood’s star-making machine and his Los Angeles show, just two days before the Oscars, is sure to provide the designer with a more powerful brand platform than showing in New York.

New York Fashion Week has long been in need of reinvention. And, Ford, in his role as CFDA chairman, has made significant changes to the event, turning what was previously a bloated week packed with shows of varied quality into a more curated affair. He has also tried to make the event more global, courting international editors with subsidised travel and accommodation.

New York Fashion Week has long been in need of reinvention.

But in a world where traditional fashion shows at traditional fashion weeks are certainly not the only way to reach press, influencers, buyers and end consumers, the CFDA has long maintained that individual labels should ultimately do what’s best for them, underscoring one of the key findings of a March 2016 Boston Consulting Group report commissioned by Ford’s predecessor Diane Von Furstenberg and CFDA Chief Executive Steven Kolb: there is no one-size-fits-all approach to showing a collection. And participating in New York Fashion Week, even in its sharper incarnation, is not necessarily what’s best for a growing number of American brands.

When he announced his decision to show in LA this season, Ford released a statement to The Business of Fashion saying: “Someone asked me the other day how I could justify showing in LA as I am now the Chairman of the CFDA, and I reminded them that CFDA stood for the Council of Fashion Designers of America and not the Council of Fashion Designers of New York.” It’s a telling comment. Of course, America is bigger than New York City. (Los Angeles with its links to Hollywood, local manufacturing and attractive lifestyle is emerging as a fashion hub in its own right). But more than anything, American fashion is fundamentally far bigger than the business model that has underpinned a generation of New York labels.

In recent years, American fashion has been pummelled by market turbulence, from the rise of the internet to the decline of the country’s once mighty department stores, as well as growing competition from Europe’s family-controlled luxury conglomerates, whose sheer scale and ability to think long-term give them major advantages. As a result, many of the darlings of New York Fashion Week, from Proenza Schouler to Rodarte, have hit bumps. So, too, have New York giants like Coach and Michael Kors, which have the added pressure of answering to Wall Street and often suffer from short-term thinking, resulting in discounting and creative stagnation.

It’s tempting to look at the situation and see weakness in the state of American fashion. But this isn’t the case. Billion-dollar streetwear juggernaut Supreme — with its carefully cultivated brand, community of fans and tightly controlled, direct-to-consumer product drops — is flourishing (although its "cred" factor has dropped with early adopters). So are brands as varied as Reformation and Nike, which staged a new kind of runway extravaganza in New York on Wednesday. The issue isn’t American fashion; it’s the persistence of a broken business model built upon wholesaling to ailing department stores, media coverage in glossy magazines read by fewer and fewer people and, yes, traditional fashion shows at a New York Fashion Week that’s a far cry from its buzzy Bryant Park heyday.

Whether or not it was his intention, Tom Ford’s 'betrayal' seems sure to spark fresh thinking.

Ford’s decision to stage his next show in LA certainly feels like a tipping point for New York’s fashion week, suggesting that the event may no longer be viable in its current form. But the US has historically been a land of opportunity with an openness to the kind of creative destruction that is required for innovation. It would be great to see the American fashion system stop pushing a defunct model and start encouraging more labels to experiment with new ways to show and sell collections. Whether or not it was his intention, Tom Ford’s “betrayal” seems sure to spark fresh thinking, perhaps some of it linked to the rise of Los Angeles, where Ford sees the intersection of fashion and film as a powerful opportunity for brands beyond his own.

Of course, the fundamental market forces that are putting increased pressure on New York and its fashion week are equally present elsewhere in the world. Could what we’re seeing in the US be a harbinger of things to come in the old fashion capitals of Paris and Milan, where change is more gradual? To some extent, this is already visible in the elaborate, Instagram-friendly Cruise shows being staged outside of traditional fashion weeks by Europe’s luxury megabrands. How might smaller fashion brands evolve their models? One thing’s for sure, whatever side of the Atlantic you are on: it’s time to start questioning accepted wisdom and shake things up.

After all, the essence of creative disruption, a term coined by Austrian economist Joseph Schumpeter in 1942, is the deliberate and incessant dismantling of established practices and processes to make way for new ones that unlock improvement and innovation. 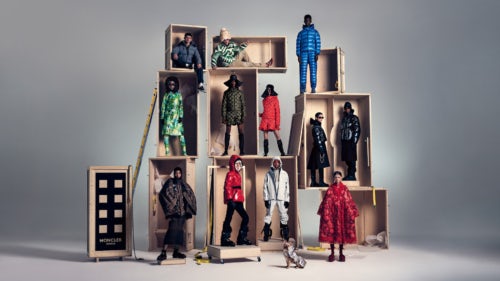 JW Anderson and Rimowa join Moncler Genius lineup. Following rumours of a possible Kering takeover, Moncler has turned to LVMH to find the next guest talent for its collaborations model. Moncler’s revenue has shot up in recent years, in part due to the buzz generated by the Genius collaborations, raising the Italian company’s market capitalisation to €10 billion ($11 billion), roughly on par with Burberry and Prada.

Investors brace for an ugly start to post-holiday trade in China. China's markets are expected to plunge in first trading activity since the Chinese New Year break on fears about the spread of the new virus. Looking to head off a panic, China's central bank plans to inject 1.2 trillion yuan ($173.8 billion) of liquidity into the markets via reverse repo operations on Monday. Beijing also said it would help firms that produce vital goods resume work as soon as possible.

Coronavirus cuts revenue forecasts. Capri Holdings, which also owns Versace and Michael Kors, said most of its operating China stores are experiencing significant declines in customer traffic. The company, which has 225 stores in mainland China, cut its revenue forecast to $5.65 billion from $5.8 billion. Estée Lauder also cuts its profit because of the virus. The Asia-Pacific region is the company’s fastest-growing market and saw a 30 percent lift in sales in the most recent quarter.

Macy's to close 125 stores and cut over 2,000 jobs. The Cincinnati-based department store chain plans to close the stores over the next three years, mostly in struggling malls, the company said. A reduced footprint will save the company $1.5 billion in the next two years. Meanwhile, it plans to expand its Backstage off-price chain and turn private labels like Alfani and Inc into billion-dollar brands. The company is also opening Market by Macy's, a new concept store in Dallas, Texas that promises a curated selection of brands tailored to local tastes.

Nike stages elaborate fashion show in New York. The event kicked off the 2020 Olympics conversation while showcasing the sportswear giant’s vast offering across categories, drawing entertainment and fashion industry elite. The sportswear giant presented new collaborations with Sacai and Virgil Abloh as well as Olympic uniforms made from 100 percent recycled materials, as well as new runners and basketball shoes.

Ralph Lauren beats quarterly revenue estimates. The American fashion brand said it was able to sell products at higher prices — and increase margins — thanks to a ramp-up in social media marketing, which has helped lift its brand image. Net revenue rose 1.4 percent to $1.75 billion in the quarter ending December 28, inching past average analysts' estimate of $1.72 billion. Ralph Lauren said it expects fiscal 2020 revenue to rise 2 percent to 3 percent.

Valentino chief executive says Mayhoola is long term shareholder. Stefano Sassi does not rule out further expansion of the group. Mayhoola, which acquired Valentino in 2012, has explored listing the designer on Milan's stock market, although the company has since said it had no such plans.

Rachel Comey makes first break into European retail. The American designer is staging a pop-up in Paris. The designer boasts a strong following among the New York and Los Angeles creative communities. The space will be open for business in the French capital’s Marais district from February 22 to March 18 and be anchored by an installation created by Berlin-based artist Ketuta Alexi-Meskhishvili. 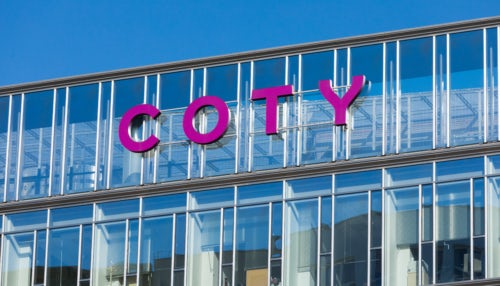 Coty's sales beat Wall Street expectations. The cosmetics company's net revenue fell to $2.35 billion, but still surpassed analysts' estimates amid its turnaround attempt. Coty’s revenue was bolstered by strong demand for its haircare and nail products from salons and beauty professionals. The company has also collaborated with actress Lili Reinhart on CoverGirl to help sharpen its focus on millennial customers.

FTC moves to block Edgewell's $1.37 billion acquisition of shaving startup Harry's. The acquisition would cause the market to lose a critical competitor that has driven down prices and pushed innovation, said the FTC in a statement. The shaving market has long been dominated by Procter & Gamble Co and Edgewell. But it has been shaken up with the arrival of Harry's, which began online and later entered brick-and-mortar stores. 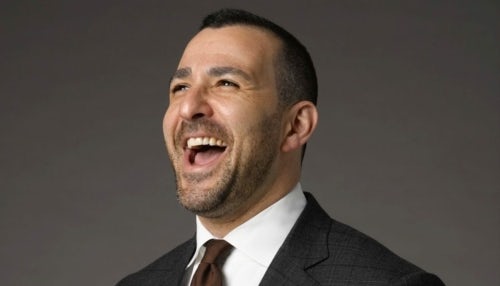 Azzaro announces Olivier Theyskens as new artistic director. The designer will showcase his first collection in July 2020. Theyskens will replace Maxime Simoëns, who has lead the brand since Azzaro's relaunch in 2017. Theyskens has previously worked at at Rochas, Nina Ricci and Theory, which he left in 2014.

TikTok is coming for New York Fashion Week. The viral video platform beloved by Gen-Z is sending three TikTokers — Tyler Gaca, Cosette Rinab and Taylor Hage — to the shows, signalling its ambitions to become a fashion destination. TikTok is also working with IMG, the producer of NYFW, which has created accounts on the platform, including @NYFW and @FashionWeek. The collaboration is unpaid.