Does the Owner of Coach and Kate Spade Need a Plan B?

This week, everyone will be talking about Tapestry's first results since the departure of CEO Victor Luis, Richemont's latest attempt to build a soft luxury business and the early arrival of Black Friday sales.

Does the Owner of Coach and Kate Spade Need a Plan B?

This week, everyone will be talking about Tapestry's first results since the departure of CEO Victor Luis, Richemont's latest attempt to build a soft luxury business and the early arrival of Black Friday sales. 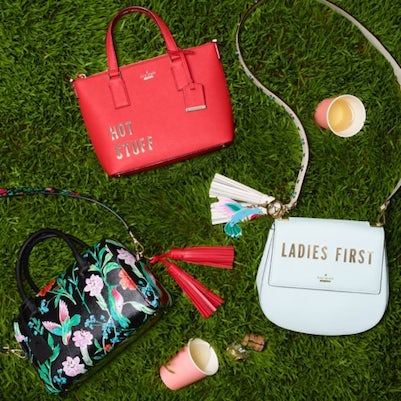 It’s been rough going for Tapestry, Victor Luis’ bold experiment to create an American luxury conglomerate along the lines of LVMH or Kering. Shares are down 24 percent this year, and about 40 percent since May 2017, when Coach acquired Kate Spade New York to form Tapestry's core (Stuart Weitzman rounds out the company's portfolio). Luis was forced out in September, as investors grew impatient with the lack of returns on Tapestry's acquisition, including a slower-than-expected turnaround at Kate Spade. Tapestry’s main problem is that, for a would-be luxury conglomerate, it doesn’t sell enough luxury products. Shifting consumers’ mindset that Kate Spade or Coach bags should be purchased at full price in a chic boutique, and not heavily discounted in an outlet mall, takes time and savvy branding. Luis’ successor, Chairman Jide Zeitlin, promises to stick to the plan but implement it better (and presumably faster). The clock starts ticking with the company’s first-quarter results on Tuesday.

The Bottom Line: Ralph Lauren and Capri’s Michael Kors are also attempting to elevate their products and wean themselves off discounting, to varying degrees of success. Their results this week should provide updates on that front. 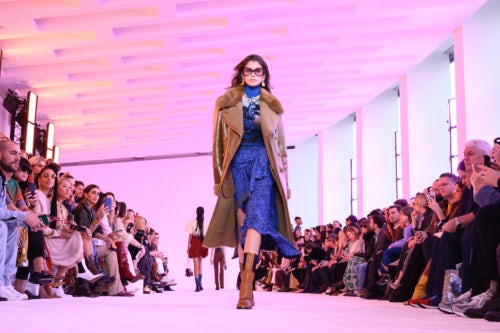 Richemont is the undisputed global leader in watches and jewellery, but despite many attempts has never quite managed to crack the lucrative markets for ready-to-wear and leather goods. That project has new urgency as the Hong Kong protests dent watch sales, and in the face of LVMH's $14.5 billion bid for Tiffany, which, if successful, would create a true global rival in hard luxury. LVMH already uses its clout to secure the best store locations, design talent and marketing for brands like Louis Vuitton and Celine; the owner of Cartier is surely sweating the prospect of that same swagger being applied to Tiffany. Building a large soft luxury business would take some of the sting off, but Chloé hasn't quite made it to the top tier, and none of Richemont's other clothing labels are anywhere near ready to make that leap. The Elbaz partnership and executive shuffle indicate a shift in strategy; perhaps Richemont will offer new details this week.

The Bottom Line: Some investors and analysts believe Richemont would be better off selling its soft luxury brands, or even merging with Kering and letting the French conglomerate handle that side of the business. Those voices could grow louder in the coming months if the latest moves don't pan out. 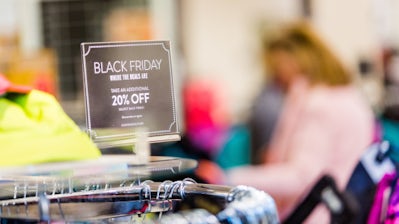 The days after Thanksgiving are both bigger than ever in terms of dollars spent by shoppers and less important to retailers' bottom line. Many deals are now "Black Friday" in name only; Kohl's posted its first sales for the shopping holiday on Nov. 1, and eBay is holding Black Friday sales every Friday through Dec. 13. Spreading the sales out over a period of weeks can help retailers stand out from the pack, especially as more consumers shop online rather than at the mall. It also eases the pre-holiday shipping crunch, ensuring orders go out throughout November and December rather than all at once in the days after Thanksgiving.

The Bottom Line: For evidence that e-commerce has disrupted every aspect of the retail cycle, look no further than Black Friday.