Luxury Events Are Back. Is the Industry Ready?

This week, everyone will be talking about the first Swiss watch fair since the pandemic, a slew of American retail earnings and China's Qixi festival. Get your BoF Professional Cheat Sheet.

Luxury Events Are Back. Is the Industry Ready?

This week, everyone will be talking about the first Swiss watch fair since the pandemic, a slew of American retail earnings and China's Qixi festival. Get your BoF Professional Cheat Sheet. 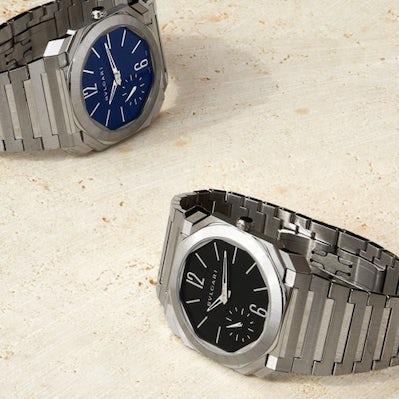 Bulgari is among the brands backing Geneva Watch Days, the first Swiss watch fair since the pandemic | Source: Instagram/@bulgari

This spring, some of the watch world’s biggest brands gambled that Switzerland would get its pandemic under control in time to stage a new event, Geneva Watch Days, in late August. The jury is still out on that, but the industry's first watch fair of the Covid-19 era is set to go ahead this week, to be closely followed by the Richemont-heavy Watches & Wonders in Shanghai next month. Much like fashion shows, watch fairs have gone through something of an existential crisis in recent years, adopting more consumer-facing flourishes as buyers and journalists question the need to travel to Switzerland to check out new releases. Brands also want to bolster their connection to consumers, who may still splurge on “investment” pieces but, for daily use, increasingly prefer Apple Watches or no watches at all.

The high-end watch industry is still ticking despite all the upheaval. A 17 percent drop in Swiss watch exports in July counts as a win, after a 35 percent drop in June (it no doubt helps that a luxury watch is relatively easy to flex on a Zoom call). The industry’s most important market, China, was also the fastest to recover, with sales up 59 percent last month compared with a year ago.

The Bottom Line: Much like in fashion, the pandemic has exposed cracks in the system, including an over-reliance on wholesale and outmoded seasonal trade shows. Expect brands to use this year’s disruptions to make dramatic adjustments to how they market and sell watches.

Brands Feel the Love in China 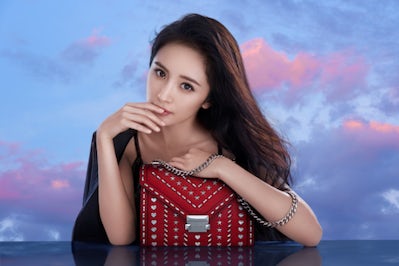 Yang Mi collaborated on a limited edition for Qixi Festival in 2018 that was stocked in Michael Kors stores globally | Source: Courtesy

China's Qixi holiday is always a big opportunity for Western brands looking to endear themselves to Chinese consumers with a clever, romance-themed marketing blitz. The stakes are even higher than usual this year. Chinese retail sales have fallen for seven consecutive months compared with year-earlier figures, though the country's consumers are spending far more than their counterparts in the US. And one area where Chinese consumers are spending is on jewellery, a Qixi festival staple, which saw a 7.5 percent year-on-year gain in July.

A successful Qixi campaign means threading the needle between clever and controversial. Balenciaga’s “Too Cool” bags, with a graffiti font, struck some netizens as tasteless (though likely not the target Gen Z customers). Cartier’s ads featuring a same-sex couple — or are they father-son? — managed to offend liberals and conservatives alike. Neither brand appears likely to face a lasting backlash.

The Bottom Line: It wouldn’t be surprising to see Western brands put even more effort than usual into Qixi campaigns, given that sales in the US and Europe have been even slower to recover.

Is Better Than Expected Good Enough? 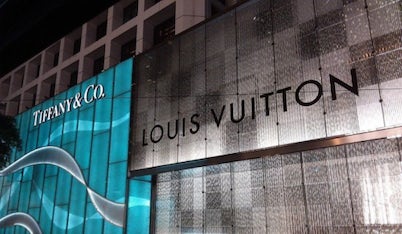 LVMH is expected to complete its acquisition of Tiffany & Co. later this year | Shutterstock

It's been an unrelentingly brutal six months for American retail. Publicly traded fashion brands stocks are still down anywhere from 20 percent to 40 percent this year, even as the S&P 500 hits new record highs. The back-to-school shopping season, second only to the holidays for some brands, is likely to be underwhelming in the age of remote learning.

When brands release results this week, expect them to outline how they plan to survive this period and give their forecasts for the rest of the year. Inventory remains a challenge, and brands will have an opportunity this week to explain how they plan to move those unsold clothes. In most cases, that strategy will likely revolve around ever-deeper promotions. Real estate is also likely to play a big role in the conversation this week, as many chains are closing stores and negotiating with landlords over rents on those that remain open.

The Bottom Line: The outlook for American retail is heavily contingent on the wider economy, where a recovery may be in jeopardy as government stimulus runs out.