LVMH’s newly reopened La Samaritaine department store in the heart of Paris is a spectacular luxury temple. It could not have launched at a worse time.

The French luxury group has spent 15 years and nearly $1 billion to resurrect the iconic art deco and art nouveau retail space sandwiched between Notre Dame and the Louvre, which was forced to close in 2005 over safety concerns.

The project to revamp the 19th-century store as a duty-free shopping mall and luxury hotel took years of planning negotiations to get off the ground, with a new glass facade proving particularly controversial. Plans to reopen last year were derailed by the pandemic.

It’s finally opened its doors as France emerges from months of restrictions that only allowed for indoor dining at the beginning of the month. The lavishly restored, 20,000 square metre retail space houses a dozen restaurants, alongside more than 600 brands and the largest beauty hall in Europe.

But the store’s reopening this week, marked by a ceremony attended by French President Emmanuel Macron, launched the retail playground to a Paris largely devoid of a key target demographic: high-spending tourists.

“You could say, without being provocative, that this is the worst time to open a big luxury department store in the heart of Paris,” said Thomas Chauvet, head of luxury goods equity research at Citi.

It’s a setback the company has largely shrugged off. La Samaritaine was always intended for local consumers too, even if international travellers were expected to help drive sales, said Eléonore de Boysson, regional president for Europe and the Middle East at DFS, the travel retail and duty free company majority-owned by LVMH that runs the department store. Things may start slow, but long-haul travel should return in the summer of next year, she added.

Near-term, “for sure it won’t be what we expected in terms of financials,” De Boysson said. But “it doesn’t really matter because we are doing this store for the next several decades.” Already, footfall has exceeded expectations, driving queues to enter the space this week, she said.

But in a world where the pandemic is redrawing where luxury’s most important consumers spend their money geographically and digitally, will LVMH’s big bet on retail pay off? Or is the group’s shiniest new luxury temple already a relic?

Even before the pandemic, there were questions about the relevance of the department store format. LVMH first acquired a stake in La Samaritaine in 2001, shortly before it shuttered. The group bought it outright in 2010 and the retail landscape has changed dramatically since then, leaving several once well-respected multi-brand retailers bankrupt.

The pandemic has only accelerated those trends. E-commerce is expected to be the leading channel for luxury purchases by 2025, according to consultancy Bain & Company. By contrast, department stores’ share of the luxury market is expected to continue eroding.

Meanwhile, the prognosis for tourism is murky. International travel is not expected to return to pre-pandemic levels before 2023 or 2024, according to BoF and McKinsey’s The State of Fashion 2021 report. And while France reopened to foreign tourists earlier this month, China, whose consumers drive luxury spending, is planning to keep travel restrictions in place for at least another year, according to a report in The Wall Street Journal.

And even when they start to travel again, tourists may be less inclined to do so to shop. By the middle of the decade, Bain projects around 30 percent of China’s luxury sales will take place domestically, up from 11 percent in 2019. Domestic duty free hubs like Hainan have boomed through the pandemic, while travel retail elsewhere has withered.

“Chinese consumers are getting more accustomed to buying in China, and there is a lot of competition,” said Bain partner Claudia D’Arpizio. “It’s a tougher environment.”

On the other hand, there is still space for retailers to distinguish themselves with the right product mix, atmosphere and service, she added. Bain’s projections see Chinese consumers making up half of luxury spending by 2050, leaving plenty of spending still taking place internationally.

Elsewhere, analysts pointed to luxury multi-brand retailers like Harrods in the UK or LVMH’s Le Bon Marché in Paris as examples of stores that make the model work, capitalising on their central locations and delivering luxury service and experience.

La Samaritaine is well positioned on those fronts. It’s already a historic landmark with the cultural credibility to become a destination in its own right. It has a carefully curated mix of stores to appeal to a wide audience with offerings ranging from luxury to contemporary labels and streetwear, several of which are exclusive to the space. Its restaurant offerings are intended to attract locals from nearby offices and around the city for lunch and after hours.

“Everything we give to clients are things you cannot give online,” De Boysson said. And this is not a space she intends to let feel dated in ten years. “The store will evolve and we will need to be very agile and adapt to the consumer.”

Current nods to the time include markings for the best angles for selfies throughout the store and ateliers where visitors can personalise champagne bottles.

LVMH is a long-term investor with deep pockets so whether and when La Samaritaine makes money is not going to shake the company’s balance sheet. The store is high-profile, but it’s a tiny part of the group’s portfolio. And while the Bernard Arnault-controlled group has consistently proved an aggressive dealmaker, it can afford to be agnostic if luxury shoppers choose to frequent its stores at home, leaving La Samaritaine as a valuable symbol of its brand.

“I’m not saying spending on luxury is zero sum... but you have to believe if it’s not happening at La Samaritaine, it’s happening somewhere in Asia,” said Chauvet. 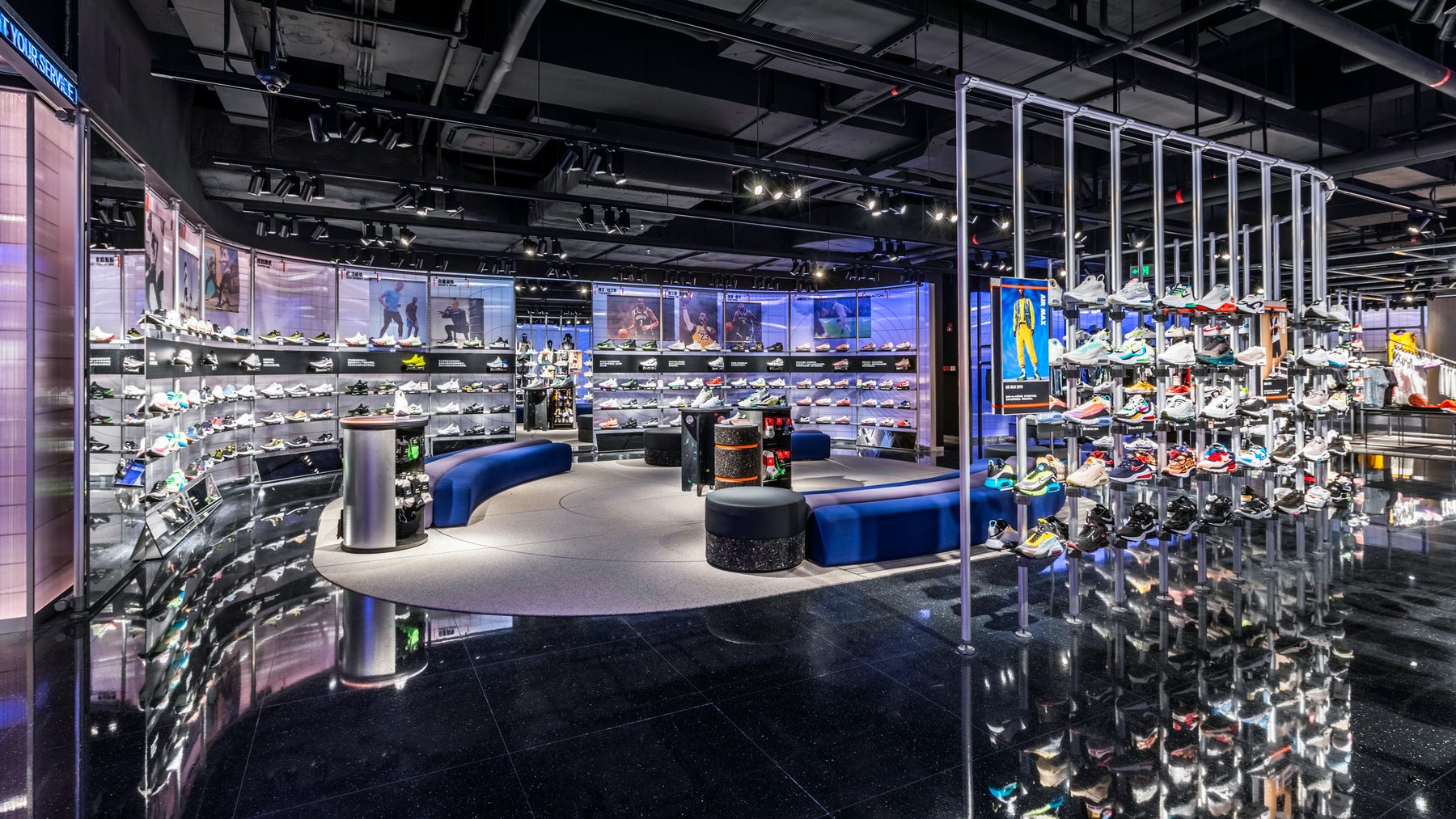 Nike global sales nearly double to $12.3 billion in Q4. Performance was boosted in the period ended May 31 by record revenue in North America, though sales growth in China, which had led the company’s pandemic revival, is starting to cool off.

PVH sells heritage brands assets to Authentic Brands Group in $220 million deal. Amid a wave of consolidation in the American retail sector, the fashion group is exiting the business to focus on its core brands, Tommy Hilfiger and Calvin Klein. The transaction is expected to close during the third quarter of this year, subject to regulatory approval.

Warby Parker files confidentially for US listing. The e-commerce eyewear retailer, which was last valued at $3 billion after a funding round in 2020, is looking to attract investors at a time the stock market has seen a record appetite for new listings.

Goat is valued at $3.7 billion after latest funding round. The sneaker and apparel marketplace has raised $195 million in a Series F funding round. Goat Group’s valuation is now more than double its September 2020 valuation, the company said in a statement.

Hudson’s Bay Company spins off Saks Off Fifth website. The Canadian holding company has raised $200 million to build out the e-commerce side of its off-price arm, Saks Off 5th, as a “new digitally native” business. Investment firm Insight Partners led the funding, which values SaksOff5th.com at approximately $1 billion.

Canada Goose to go fur free by late 2022. The company is the latest in a growing list of major brands to drop the material, amid pressure from animal-rights campaign groups and some consumers. In March, Kering-owned brands Alexander McQueen and Balenciaga confirmed they are also phasing out of the material.

Kering invests in handbag subscription service Cocoon. The luxury giant’s participation in the funding round is the latest signal of its interest in exploring new business models like rental and resale.

Report: China to keep borders closed another year. The country will retain restrictions on travel until the second half of 2022, according to The Wall Street Journal. The news is a blow to retailers who had been hoping for a return of high-spending travellers. 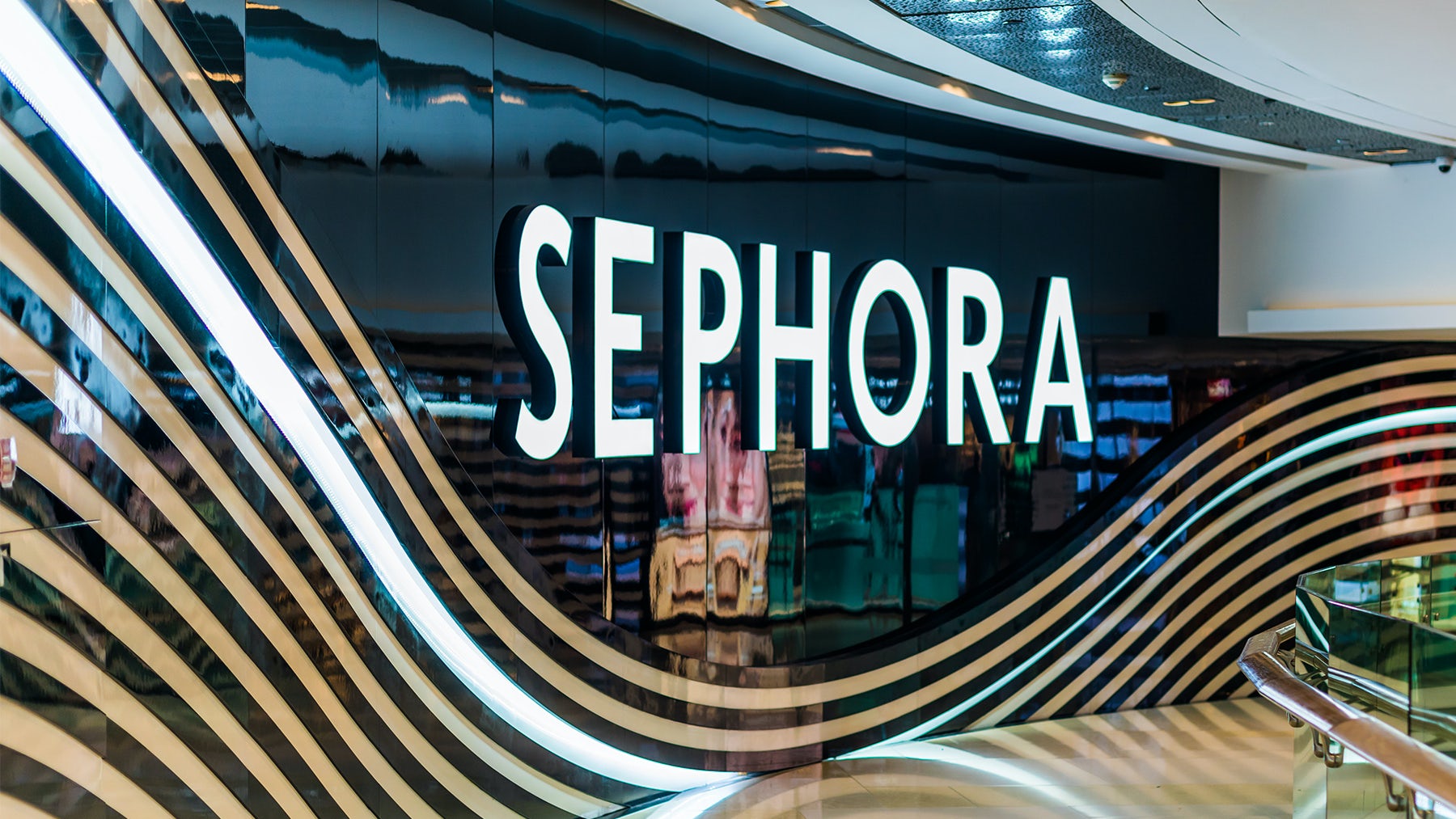 Sephora and Zalando are partnering to sell prestige beauty. Shutterstock.

Sephora and Zalando partner to sell prestige beauty. The long-term partnership between the European e-commerce platform and LVMH-owned beauty retailer will launch in Germany in the fourth quarter and extend to other European countries in 2022.

Investment firm KKR acquires majority stake in Vini Cosmetics for $625 million. The Indian personal care and beauty retailer was founded in 2010 and has built a sizeable distribution network in India and a significant presence in South Asia and the Middle East. 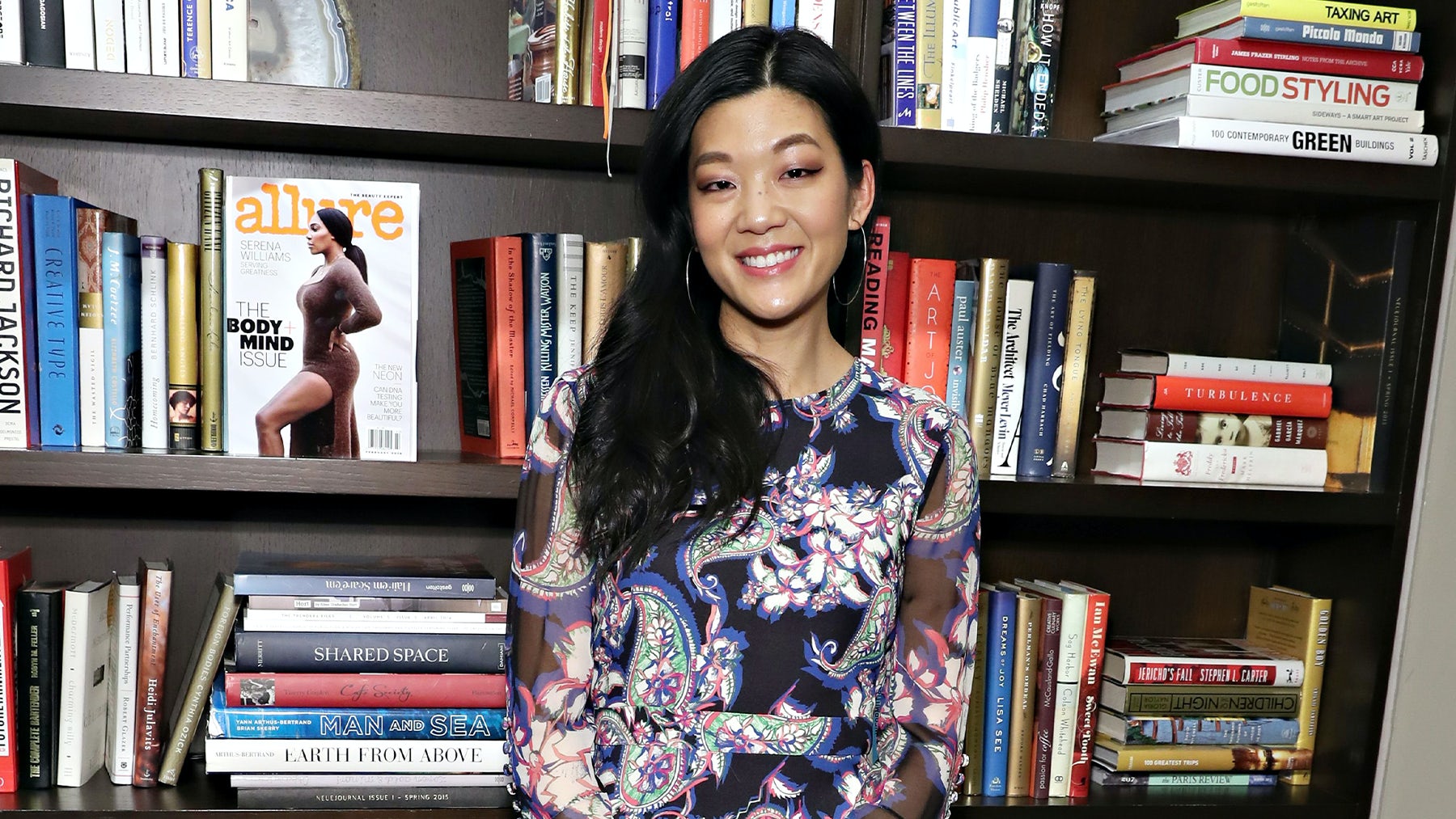 Allure editor-in-chief Michelle Lee departs for Netflix. Lee will join the streaming giant in July as vice president of editorial and publishing within its marketing division. Lee joined Allure in 2015, succeeding founding editor Linda Wells. She came to the position from Nylon where she had a dual role of editor-in-chief and chief marketing officer.

Chopard co-president Caroline Scheufele joins JD.com board. The German entrepreneur and daughter of Karl and Karin Scheufele, who acquired Chopard in 1963 joined the Chinese e-commerce giant’s board of directors and its board’s nominating and corporate governance committee, effective June 22. 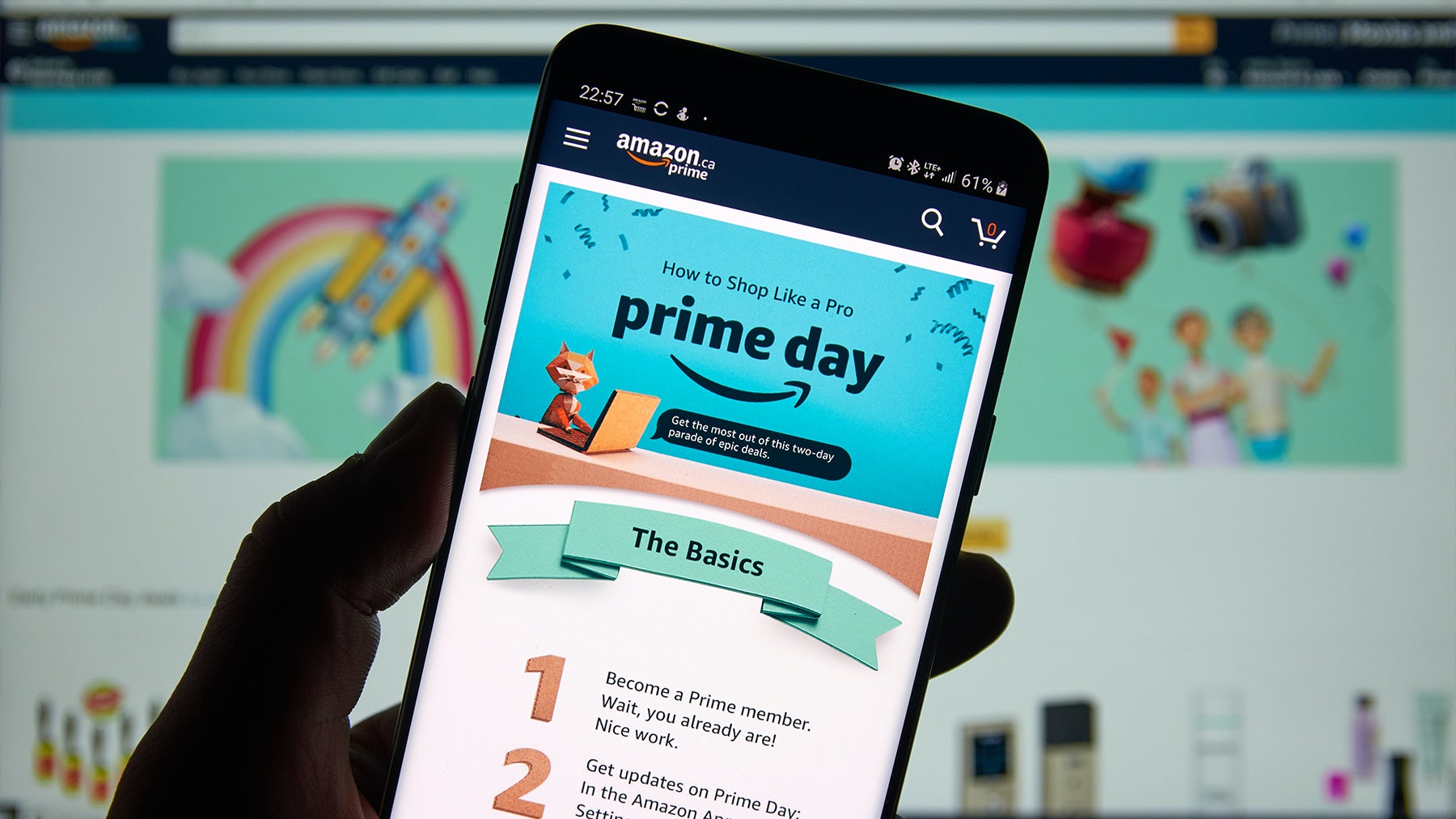 Amazon’s Prime Day sales top $11 billion. The two-day shopping event hit a record for the e-commerce giant, with sales up 6 percent from last year, according to data from Adobe Analytics. Beauty was one of the event’s best-selling categories. Other big retailers such as Target and Walmart offered discounts and promotions to challenge Prime day.

Shinsegae confirms acquisition of eBay South Korea for $3 billion. The South Korean retailer’s E-Mart Inc. said it plans to acquire an 80 percent stake in eBay Inc.’s South Korean business. The transaction is expected to close by year-end or early next year, subject to regulatory approvals.

Highsnobiety to open concept store in Zürich airport. The Berlin-based menswear, luxury and streetwear content-and-commerce company will open “Gatezero” on November 15 and sell products across ready-to-wear and accessories from Acne Studios, Ambush, Comme des Garçons, and more brands, as well as Highsnobiety’s own collaborations in these categories.