Earlier this week, MatchesFashion, the UK-based multi-brand online retailer, reported its sales for the year ending in January 31 rose 27 percent, to £372 million. But the pace of growth was slower than the 44 percent recorded in the previous year. And operating profits plunged by 89 percent to £2.4 million, as the company added inventory and invested in a new warehouse to further its overseas expansion. Chief Executive Ulric Jerome abruptly left the company in August.

On Thursday, Farfetch reported that it sold $492 million worth of luxury goods on its marketplace in the third quarter, a 59 percent increase from a year ago. The company also reported an $85.5 million after-tax loss, slightly narrower than in the second quarter, and said it may be in the black by 2021. Investors, who have punished Farfetch in recent months over concerns about widening losses, applauded the results nonetheless, sending shares up 30 percent on Friday to $9.70. (For perspective, the company’s closing price on its first day of trading in September 2018 was $28.45.)

These companies and many others face intense pressure to grow as quickly as possible, either from shareholders in Farfetch’s case, or more often from private-equity backers hoping to use booming revenue to boost the value of their stakes ahead of a sale. Often that growth comes at the expense of profitability, as online brands and retailers invest heavily in marketing and building the infrastructure to quickly ship luxury products to customers around the world. Even Amazon reported a bigger-than-expected increase in fulfillment costs in its most recent quarter.

Competition is also intense; in addition to Farfetch and MatchesFashion, there’s market leader Yoox Net-a-Porter, plus Ssense, Mytheresa and LVMH’s 24S, and many, many other purveyors of luxury products. They must also contend with fast-growing resale sites like Vestiaire Collective and The RealReal, not to mention brands’ own e-commerce operations. On Thursday, Farfetch Chief Executive Jose Neves predicted that brands would pull out of multi-brand retailers online and operate as e-concessions on marketplaces instead, much as they have done in brick-and-mortar department stores.

Many e-commerce players have resorted to flooding Instagram and Google with advertising and offering discounts to hold onto customers. Both strategies are unlikely to succeed in the long run. Customer acquisition costs inevitably rise, and the type of shopper who clicks over to Farfetch from an Instagram ad promising a deal is unlikely to return.

Farfetch is no Uber of luxury goods distribution.

Those tempting sales can also alienate the same luxury brands these online retailers need to survive. Prada and Gucci don’t want to see their products marked down. Rampant discounting at department stores is one reason luxury brands are pouring resources into building out their own store networks; many are now doing the same online.

“Farfetch is no Uber of luxury goods distribution: most of the luxury goods brands worth their salt already have limousines of their own,” Luca Solca, a Bernstein analyst, wrote in a research note on Wednesday.

Farfetch is trying some creative moves, buying sneaker reseller Stadium Goods in December and New Guards Group, the brand distribution and production platform behind Off-White and Heron Preston, in August. The company has struggled to explain how these acquisitions fit into its larger strategy of becoming the Amazon-like “everything store” for the online luxury world. A side business providing white-label e-commerce infrastructure to retailers like Harrods is a more obvious fit. A partnership with Gucci is helping to give Farfetch a clearer identity with consumers.

Matches is also attempting to scale, and running into many of the same problems as Farfetch.

Husband-and-wife founders Tom and Ruth Chapman started with a single boutique in Wimbledon in 1987, but the business expanded rapidly after the pair took their unique merchandising eye online in 2007. They sold a majority stake in September 2017 to private equity firm Apax Partners. The deal reportedly valued the company at £800 million, or about $1 billion.

Rapid expansion followed, including a major push in the US. Matches has also aimed to set itself apart from rivals like Farfetch and Net-a-Porter by offering what it bills as a more-personalised shopping experience. That includes a five-story townhouse in London’s Mayfair neighbourhood, which opened in September 2018. The space hosts events and offers personal shoppers for VIP clients.

Luxury retailers are still figuring out their role, both online and off.

Those efforts have paid off, when it comes to recruiting new shoppers and convincing existing customers to spend more. Matches said new customer growth was the main driver behind its growth in revenue in 2018, with the number of active customers rising by 34 percent to 474,000. The top 5 percent of customers were responsible for 40 percent of sales.

However, Matches reported spending £7.8 million on “exceptional items,” including a new distribution centre in North London, a creative and photo studio in East London and the relocation of its Hong Kong office. Earnings before interest, tax, depreciation and amortisation (EBITDA), dropped 43 percent to £14.7 million compared to £26 million for the 2017 financial year.

Luxury retailers are still figuring out their role, both online and off. (It’s no coincidence that high-end US departments stores like Neiman Marcus and Barneys have also struggled in recent years.) Online retailers in a sense created the problem they must now solve; they undercut brick-and-mortar retailers by flooding the market with luxury goods and the promise of free two-day, or even two-hour, delivery.

The question now is whether Matches, Farfetch and their rivals can find a way to grow that doesn’t require additional investment. Scaling is only going to get harder, given the intense competition for online luxury spending. Luxury shoppers also want a personalised experience and a sense the clothes being presented to them were chosen by buyers who share their (no doubt impeccable) taste. If they do get that, they have no obligation to remain loyal to a certain distributor.

Can Farfetch or Matches provide this experience and operate as a global e-commerce giant at the same time? And will the most desirable brands want to come along for the ride? Time will tell. 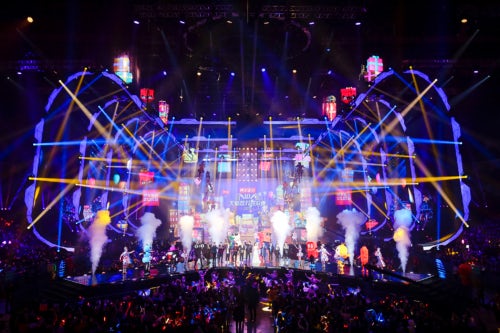 Nike to stop selling products on Amazon. The split comes amid an overhaul of Nike’s retail strategy that aims to focus on direct-to-consumer relationships. The relationship was initially engineered to ease the concerns big brands had about devaluing their products on a giant e-commerce platform. But Nike reportedly struggled to control the Amazon marketplace. The sportswear giant’s departure will rob Amazon’s brand registry program of a big name and potentially stoke the concerns of its partners.

Burberry teams with Chinese internet giant Tencent as sales fall in Hong Kong. Brand sales declined by a double-digit percentage in Hong Kong in the latest period. Burberry has, despite this, reported six-month earnings that beat estimates, with shares rising as much as 8.5 percent. The partnership with Tencent will experiment with blending retail and social media in the key luxury market to lure Chinese customers into shops.

Gold lacks appeal for young Chinese luxury shoppers. Just 12 percent of those aged 18 to 22 intend to buy gold jewellery in the coming year, much less than the millennial generation and people over 39. The changing tastes among China’s young adults may signal a warning for the gold industry, which counts China as its biggest buyer. Yet the metal remains the third-most popular investment globally, behind savings accounts and life insurance.

Chinese luxury spending may be slowing down. “More muted” demand from affluent Chinese customers could lower the growth prospects of luxury companies. Chinese millennials splashing out on pricey designer clothes and bags, jewellery and watches have been a crucial engine of growth for companies from LVMH and Kering to Moncler SpA and Richemont. Signals of a China spending slowdown are likely to weigh on stocks that have enjoyed a strong run.

Canada Goose earnings exceed Wall Street expectations. The Toronto-based company reported a 27.7 percent jump in revenue to $222.2 million. The earnings were lifted by orders from department stores, including Bloomingdales and Nordstrom Inc., for its parkas and jackets, sending its US-listed share up 8 percent. The brand also opened flagship stores in Beijing and Hong Kong last year to cater to young affluent Chinese consumers.

Ferragamo warns of slowdown after third-quarter sales slip. In the July-to-September period, total revenues fell by 3.6 percent at constant exchange rates. The slowdown has dampened signs of recovery in the first half of the year and warns of further weakness ahead under the impact of unrest in Hong Kong and a weak US market. 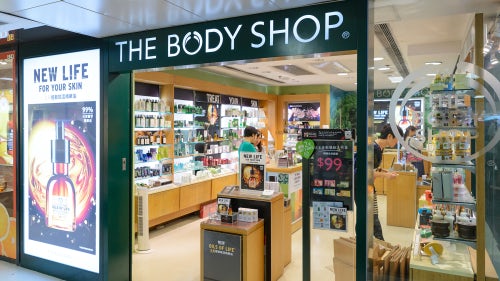 The Body Shop owner eyes China following Hong Kong protests. Natura, which also owns Aesop, aims to find a way of increasing its China presence without testing its products on animals. With both The Body Shop and Aesop having been affected by the months of unrest in Hong Kong, Natura's challenge will be entering the Chinese market "while keeping our values," Chief Executive Roberto Marques said.

Jo Loves, founder of Jo Malone, is teaming up with Zara on new fragrance line. The perfume heavyweight has created a collection of eight unisex scents for the fashion giant as part of a new, long term partnership. For Zara, the partnership will further its presence in the global fragrance market, which was worth $51 billion in 2018, up 5.5 percent from the year previous. 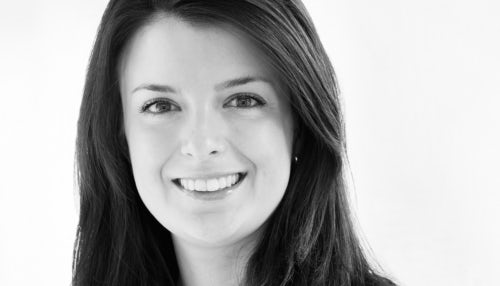 Guess names its new CFO. Katie Anderson has joined Guess as chief financial officer, with the appointment taking effect December 2, 2019. She replaces company veteran Sandeep Reddy, who is staying on in the role until December 1. Prior to Guess, she served as finance chief at restaurant chain California Pizza Kitchen.

Alibaba to launch secondary share sale in Hong Kong. At $13.4 billion, Alibaba’s share sale would be the city’s largest in more than nine years. The deal will be seen as a boost for Hong Kong, which has sunk into its first recession in a decade as more than five months of street protests and worries about the US-China trade war took their toll.

Adidas to close German and US robot factories. The German sportswear company will shut down production at two Speedfactories in Ansbach and Atlanta by April 2020, with plans to shift the technology to their suppliers in Asia. The sportswear giant did not give details for why it was closing the facilities, but has said that deploying some of the technology in Asia would be "more economic and flexible."

Japan's Fast Retailing partners with two robotic startups. Asia's biggest fashion retailer is investing millions in automation technology to improve shipping processes at their global warehouses. Fast Retailing last year said it would invest 100 billion yen ($916.59 million) to increase automation at its facilities in order to optimise the production and distribution of its products.