This week, Gucci launched a partnership with The RealReal, betting that the rewards of engaging with the second-hand market outweigh the risks.

This week, Gucci launched a partnership with The RealReal, betting that the rewards of engaging with the second-hand market outweigh the risks.

Resale is shaping up to be one of the big winners of the pandemic. Even as wider fashion sales slump significantly, the secondary market is exploding. According to a recent report by ThredUp, online second-hand sales of fashion goods are set to grow 69 percent between 2019 and 2021, as sellers clean out their closets for extra cash, and Covid-wary buyers avoid physical stores and seek bargains online.

In the luxury segment, second-hand sales are heating up, too. Luxury resale is set to grow 15 to 20 percent each year over the next five years, faster than the overall luxury market, which was growing in the low single digits before the pandemic, according to Boston Consulting Group.

Over the last decade, the luxury resale space, once dominated by eBay, has birthed a wave of “eBay meets Net-a-Porter” platforms like Vestiaire Collective and The RealReal, which offer curation, authentication and hassle-free service. Now, major luxury brands — long wary of the secondary market for fear of brand dilution — are paying closer attention to a business model that’s gaining serious traction with Gen-Z and Millennial consumers, who are set to account for more than 60 percent of total luxury spending by 2026, according to BCG, and for whom access trumps ownership and sustainability is a growing concern.

This week, Gucci, whose products have long been bought and sold on the secondary market launched a shop with The RealReal, stocked with a selection of Gucci products sourced from the platform’s consignors, as well as pre-worn press samples supplied by Gucci itself. In recent years, Stella McCartney and Burberry have also launched partnerships with The RealReal, but the Italian megabrand’s reboot has been the last decade’s biggest luxury sector success story. Where Gucci goes, others are likely to follow, suggesting that the industry’s stance on the pre-owned market could be nearing a tipping point.

There is significant consumer interest in second-hand luxury goods, with demand concentrated on a handful of brands — Hermès, Louis Vuitton, Chanel and Gucci — according to Bernstein analyst Luca Solca. And research shows that rather than cannibalising full-price sales, second-hand products sold at a discount widen the market for luxury goods and provide more affordable entry points to high-end brands, thereby serving as a gateway for first-time buyers.

There is also evidence that secondary market sales may support sales of new goods as consumers come to see the ultimate cost of a product as its sticker price minus its eventual resale value, booting perceived affordability, said Solca.

This signals a significant revenue opportunity that luxury labels cannot ignore, especially as Covid-19 depresses sales, which could sink by 35 percent this year, according to Bain. And yet, for carefully cultivated luxury brands, the second-hand market comes with risk as well as reward.

The presence of counterfeit goods on resale sites has long been a key concern. In a closely watched trademark infringement and counterfeiting lawsuit, French luxury leader Chanel has accused The RealReal of selling counterfeit bags, claiming its "authentication experts" cannot be trusted. Last November, The RealReal was embroiled in a major controversy after an investigation by CNBC revealed weaknesses in the platform's authentication process which led to the sale of counterfeit goods on the site.

But the dispute with Chanel may reflect anxieties that go deeper than fake bags.

Luxury brands trade on being special and scarce. And yet top brands like Gucci and Chanel mass produce goods in large volumes, relying heavily on high prices and branding to generate the perception of exclusivity that gives their products value. What happens when resale sites reveal these goods to be more ubiquitous and less valuable than consumers may have thought?

Gucci appears to be betting that its products will retain value over time, that bringing these products to a wider audience is something its brand can withstand and that, ultimately, the rewards of engaging more directly with the secondary market outweigh the risks.

Clearly, partnering with The RealReal will allow Gucci to play a more active role in managing its brand on a major resale site. But most importantly, it will give the label the opportunity to more closely study the interplay between second-hand shoppers and its products to inform a much bigger decision: should Gucci build resale into its own business model? And if so, how? 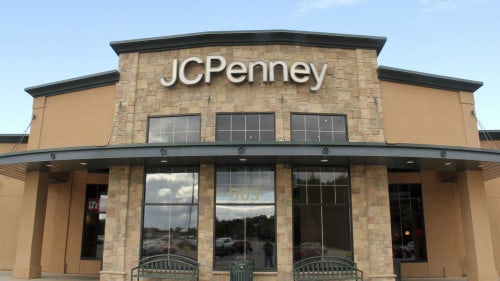 J.C. Penney judge urges Aurelius Group to bid. The push comes as J.C. Penney, its biggest landlords and holders of most of its senior debt work to execute a bid that would rescue the company by October 16. The deal, which would allow the retailer to keep stores open, was reported nearly a month ago but no formal agreements have been signed.

Puma shares dip as Kering sells 5.9 percent stake. Kering sold its stake in the German sportswear company for approximately $772 million. The move comes as the French conglomerate aims to focus its resources on high-margin luxury brands like Gucci, Saint Laurent and Balenciaga. Kering already sold 70 percent of Puma to its shareholders in 2018.

Mulberry forecasts reduced losses on improving sales trend. The group was struggling due to investment costs and a tough trading environment in its home market even before the pandemic hit. Mulberry has seen an uptick in sales as stores reopened since it reported a year to end-March loss of £14.2 million ($18.4 million). The company will not pay a full-year dividend given the uncertain outlook.

Fashion boosts efforts to raise funds for Beirut. A number of prominent industry figures have launched a fresh initiative to support people affected by the explosion in August under a new nonprofit, Creatives for Lebanon. The group has planned a series of events in the coming weeks to raise money for Impact Lebanon, the largest incubator of charities working on the ground to rebuild Beirut.

Harlem's Fashion Row and Banana Republic host design competition. The winning designer will create a collection for sale in September 2021. Application requirements include a personal statement, mood board and a minute-long video. Over the last few weeks, Harlem's Fashion Row has partnered with a number of fashion organisations to support designers and entrepreneurs who are Black, indigenous or people of colour.

CFDA measures Fashion Week's climate impact. New York Fashion Week is estimated to have a footprint of between 40,000 and 48,000 tons of carbon dioxide equivalent, according to a new report by the Council of Fashion Designers of America and Boston Consulting Group. The report concludes that travel is by far the biggest polluter, and has laid out a playbook for brands, production houses and event planners to help shift their outlook on future fashion weeks. 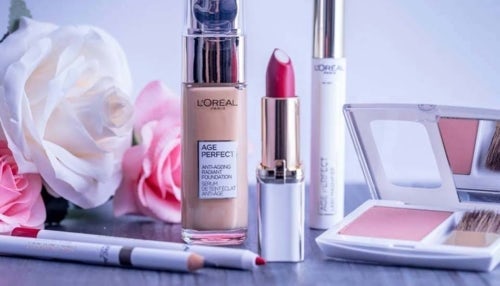 L'Oréal to close some stores and cut 400 jobs amid luxury shift. The cosmetics maker's restructuring of its Luxe Division will include shifting investment to e-commerce over the next six months. The move comes as L'Oréal struggles to offset pandemic-induced losses. Although L'Oréal's e-commerce sale grew 65 percent in the first half of the year, overall comparable sales fell 19 percent last quarter.

CVS to label all photoshopped beauty brand images. The drugstore chain will identify all images on beauty products as untouched or photoshopped as part of the brand's Beauty Mark initiative. The effort is an attempt by CVS to promote more realistic standards of beauty and will apply across its 8,000 shops. 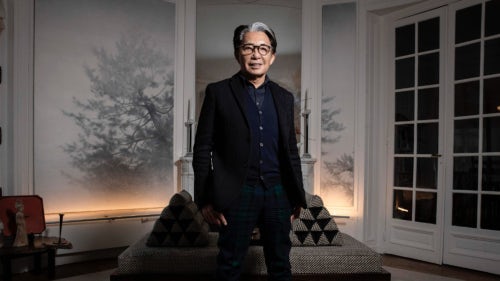 Trailblazing designer Kenzo Takada has died. The Japanese designer, best known for his namesake line Kenzo, passed away following complications due to Covid-19. He was 81. Kenzo was part of a Paris fashion moment in the 1970s that revolved around the nightlife scene and paved the way for designers like Rei Kawakubo and Yohji Yamamoto to succeed in the French capital.

Glenn Martens appointed creative director of Diesel. Martens, who is currently at the creative helm of Y/Project, has been named creative director of Diesel, effective immediately. The move comes after Diesel appointed Massimo Piombini chief executive earlier this year. The brand has struggled in recent years, filing for Chapter 11 at its US division in 2019. Martens will remain the artistic lead of Y/Project.

Virgil Abloh joins The Fashion Scholarship Fund's board of governors. The designer will help run programmes at the non-profit, including scholarships, internships, mentoring and career coaching to help aspiring fashion professionals break into the industry. The announcement comes months after Abloh raised $1 million to support Black students through the Virgil Abloh "Post-Modern" Scholarship Fund.

UK politician calls for Boohoo CEO to step down. Following an investigation into the mistreatment of workers in its UK factories, the e-commerce company remains under pressure to implement change. The ultra-fast-fashion group is facing a call from UK politician Liz Kendall for its Chief Executive John Lyttle to step down. Kendall also said she is planning to write a letter to Boohoo's biggest shareholders urging Lyttle to resign.

BoF’s definitive guide to fashion resale, covering the evolution of the market, its growth and upside, consumer behaviours and recommendations for crafting a data-driven resale strategy. To explore the full report click here.

The Future of Fashion Resale is the first in-depth analysis to be published by the BoF Insights Lab, a new data and analysis unit at The Business of Fashion providing business leaders with proprietary and data-driven research to navigate the fast-changing global fashion industry.