This week, New York magazine’s The Cut published an article on the success of the Telfar "Shopping" bag, a rectangular, vegan-leather pocketbook embossed with a cushy-looking “T” emblem. Priced between $150 and $257, depending on the size, it may not carry a luxury price tag, but the Shopping bag has become a bonafide status symbol with the cool kids. The bag is so coveted within a community of young creative people living and working in the trendiest parts of Brooklyn that some of its carriers even call it the “Bushwick Birkin,” named after the neighbourhood where designer Telfar Clemens’ own studio is located and Hermès' incredibly famous — and incredibly expensive — top-handle tote.

Clemens, whose non-binary fashion line was featured at influential trade show Pitti Uomo on Thursday, was able to scale his Shopping Bag business in 2017 after winning the CFDA/Vogue Fashion Fund. (He used what was left of his $400,000 earnings after taxes to pay for production.) And since then, it has become something of a phenomenon, stocked at important stores like Dover Street Market.

By 2019, the brand's sales had more than doubled to $1.6 million, up from $100,000 just three years earlier, in no small part due to the success of the Shopping bag. Last season, Clemens — who works with Luca Benini's Milan-based Slam Jam — moved his fashion show to Paris during the women’s season, telling BoF that while New York Fashion Week is a great marketing platform, Paris was better for commerce. At the same time, he threw a party in New York, less for the trade and more for the creative community surrounding him that has helped to fuel the brand’s growth.

But Telfar is anything but an overnight success. Clemens began his line 15 years ago and remained largely under the radar until around 2016. Over the years, he has continued to play the game of fashion on his own terms — valuing his longtime collaborators and a close-knit community over fortune or fame — which is perhaps why his approach offers unique lessons to an industry full of legacy brands struggling to curry favour with young consumers.

So, what can the success of the “Bushwick Birkin,” Gen Z’s first It-bag, teach fashion?

Original design matters. It’s nearly impossible to create fashion that does not reference the past in some way, but many of the industry's most successful products still feel new. Telfar's Shopping Bag has a distinct design, from its bouncy vegan leather to its dual handles: a top handle paired with a long shoulder strap. It’s clearly not a knockoff of another designer’s work. Nor is it derivative of a more expensive style. This is important in a middle market where consumers can buy good-looking knockoffs at Zara and watered-down versions of luxury designs often end up in the bargain bin.

Standing for something matters. Clemens has described his brand as “genderless, democratic and transformative." Its DNA is rooted in inclusivity, designed for a group of creative people who have often felt marginalised by society because of their gender, race or socioeconomic background. The power of this message and the sense of community that accompanies it have imbued his Shopping bag with the kind of meaning that resonates with young consumers who are looking for something to belong to, not just something to buy.

Telfar’s Shopping bag challenges all labels to strive for originality in an era when it can feel like a risk.

Exclusivity still matters. Although inclusivity is critical to the Telfar brand and its Shopping bag is accessibly priced, the product still has an important exclusivity factor: it's desirable, in part, because of the select group of people who have adopted it. If you wear a Telfar bag, you are in the know, you belong to a contingent of cool kids who are, by definition, limited in numbers and way ahead of the mainstream.

Playing the long game matters. Success in fashion is, in part, about conviction. Telfar may have launched in 2004, but few in the industry paid attention in those early years. Yet Clemens and his team kept at it, working and growing on his own terms, taking the “long-term view,” as a seasoned luxury executive would say. At this point, Clemens could have made dozens of different styles of bags, but instead he has focused on one, prescribing to the notion that repetition is what makes reputation. Perhaps Hermès and Telfar aren’t so different. 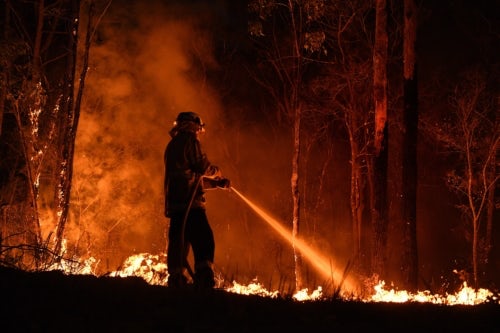 Australia’s wildfires serve as a rallying cry for fashion. The disaster has increased the pressure on brands to show they care about climate change, offering a grim picture of the potential future for retail if nothing is done. The current blazes have burnt 6.3 million hectares of land, and key fashion players including Gucci and Saint Laurent have made sizable donations. But the situation also requires the industry to take a long and critical look at its own practises.

Prince Harry and Meghan Markle are stepping back as “senior members” of the royal family. The news that the couple are to step back and become “financially independent” presents one of the biggest influencers this year — Markle was listed as fashion’s most powerful dresser of 2019 by Lyst — with a host of new opportunities.

Black Frame closes its doors. Fashion PR is increasingly diverging along data-driven and creative lines. For Black Frame Founder Brian Phillips, closing the business will allow him to focus on the latter. The 15-year-old agency that represents brands like Opening Ceremony and Rodarte will shut down at the end of February to help clients transition through fashion month and find new representation.

Nike signs multi-year kit deal with Liverpool FC. The sportswear giant will replace New Balance as the Premier League football club's kit supplier. Liverpool were taken to court by New Balance last year after it was alleged the club was looking to switch to Nike, however the club successfully argued that New Balance could not match Nike's offer with respect to marketing and distribution.

Off-White backer adds Ambush brand to its portfolio. New Guards Group has major ambitions to grow the jewellery-focused label from Yoon Ahn and Verbal. Ambush counts Kanye West and Rihanna as fans and has collaborated with the likes of Nike, Rimowa, Sacai, Converse and Gentle Monster. New Guards Group plans to add new categories to the Japanese brand and will move a significant part of the ready-to-wear production to Italy.

French underwear start-up Le Slip faces boycott threat after blackface video surfaces. The brand said it “severely sanctioned” two employees who attended a New Year’s Eve party where guests wore racist costumes. In the videos, one guest is wearing blackface and another is dressed as a gorilla, prompting calls to stop buying from the brand which coalesced around the hashtag #boycottleslipfrancais.

2019 ends on a positive note for luxury. Luxury investment throughout 2019 often felt like a game of musical chairs, but the year ended on a high with an overall yearly gain of 44 percent for the Savigny Luxury Index. Prada was December’s top gainer, posting an impressive share price increase of 13 percent, pursuant to the agreement of a beauty licence deal with L’Oréal.

Fast Retailing cuts outlook after Asia strife hits Uniqlo sales. The company was impacted by Hong Kong protests and a South Korean consumer boycott. Annual operating profit was forecast to fall 5 percent to 245 billion yen ($2.24 billion), against a previously expected rise to 275.0 billion yen for the year to the end of August. 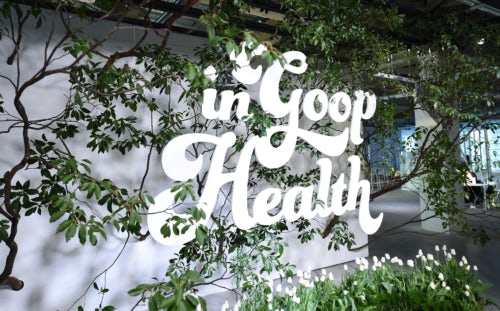 Sign from the In Goop Health Summit | Source: Getty Images

Goop has a new retail partner. The skincare brand founded by Gwyneth Paltrow will enter select Sephora stores next month. Up until now, Goop was only available at its own stores, on Goop.com and at some independent beauty shops. Despite having faced its fair share of criticism in the past, Goop says its revenue doubled in 2018 from 2017. And as of December 2019, it said sales from its stores were up more than 200 percent year over year.

Procter & Gamble acquires Billie. The firm purchased the direct-to-consumer women’s grooming brand for an undisclosed amount. P&G’s female grooming portfolio includes Venus and Braun, and the company said the addition of Billie will strengthen its appeal with Millenial and Gen-Z consumers due to the new brand's body-positive marketing. 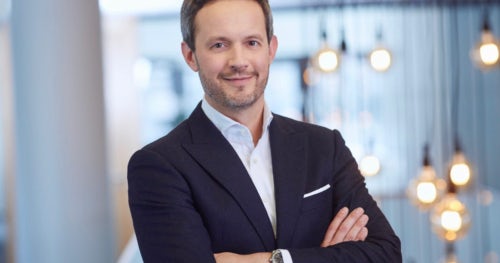 Coty names Kylie Cosmetics CEO. Following its recent deal with Coty, Kylie Cosmetics has a new chief executive. Christoph Honnefelder will assume the role “in the near future,” according to a statement from Coty. He joins the company from beauty retailer Douglas, where he was executive vice president for assortment and purchasing.

Avon chief executive steps down as Natura deal closes. Natura Executive Chairman Roberto Marques will take over Jan Zijderveld as head of the US cosmetics maker. Natura, which also owns Aesop and The Body Shop, agreed to buy Avon in 2019 through a share swap that valued the over 130-year old company's equity at around $2 billion.

Lululemon appoints first chief brand officer. Lululemon has announced that Nikki Neuburger will serve as its first ever chief brand officer. Effective January 20, Neuburger will report to Chief Executive Calvin McDonald. She was previously global head of marketing for Uber Eats and also spent 14 years at Nike, where her final role was global vice president of Nike Running.

Alibaba praised for ad recognising same-sex couples. Depictions of the LGBTQIA+ community in Chinese media are rare, but that hasn't stopped the advert from being circulated widely on social media. Alibaba has supported China's gay community in the past. In 2017, the company teamed up with gay dating app Blued and flew 10 couples to Los Angeles for a week-long trip.

Alibaba undercuts Amazon to woo wary European brands. China's e-commerce giant is targeting key markets such as Spain with reduced monthly fees and commission for vendors, according to sources familiar with the matter. AliExpress has approached well-known brands including Mango and Benetton to appear on the site with limited success.