The Covid-19 pandemic has savaged the global economy and crushed consumer demand for luxury goods. Now may not seem like the best time to raise prices on expensive handbags. But that’s exactly what top-tier luxury brands Chanel and Louis Vuitton are doing.

Louis Vuitton raised prices by 3 percent in March and another 5 percent in April. This week, Chanel was even bolder, raising prices on its iconic 11.12 and 2.55 handbags, as well as its Boy, Gabrielle and Chanel 19 bags, and certain small leather goods, by between 5 percent and 17 percent. The percentage increases reflect prices in France, but the hikes are being phased in globally.

As the news leaked, thousands of shoppers in Asia flocked to Chanel stores to snap up handbags before the price increases take effect in their markets in what effectively became a sort of reverse sale. Lines formed outside Chanel boutiques in Shanghai, Hangzhou, Guangzhou and Beijing. In Seoul, the queues were so long that the municipal government is considering an order to suspend Chanel from doing business in the city, citing fears over Covid-19 infections.

Luxury prices have been rising for decades, growing at more than twice the rate of inflation. It’s common to see one to two price hikes per year, typically under 10 percent, reflecting everything from the rising costs of raw materials and labour to the customer’s growing willingness to pay. But the amount of Chanel’s latest increase raised eyebrows.

“Like all major luxury brands, we regularly adjust our prices to take changes in our production costs and raw material prices, as well as exchange rate fluctuations, into account,” said a spokesperson for Chanel. “In the current environment, the price of certain raw materials, which were already difficult to procure due to the quality we require, has increased again.”

The pandemic has no doubt disrupted the luxury supply chain and product shortages may even be a factor. But raising prices will also help Chanel and its competitors to pad margins and cushion the bottom-line impact of lower overall sales volumes as they try to make up for revenue lost during weeks of forced store closures. Louis Vuitton declined to comment.

It’s a very difficult time for the luxury business. According to Bain, sales are expected to sink by up to 35 percent this year. Consumer demand remains extremely low in Europe and the United States, where retail is slowly sputtering to life again. But Asian spending is bouncing back, if not to pre-pandemic levels, then at least enough to signal opportunity.

Chinese consumers drove 90 percent of global luxury growth last year and, in its first quarter results, Louis Vuitton owner LVMH, a bellwether for the sector, reported a sharp rise in Mainland China sales, starting in mid-March as stores in the country began re-opening. Raising prices will surely help brands like Chanel and Louis Vuitton make the most of the momentum.

Raising prices will help Chanel and its competitors to pad margins and cushion the bottom-line impact of lower overall sales volumes.

Of course, Chinese consumers historically do only about one-third to half of their luxury spending at home, preferring to buy while travelling outside Mainland China, both to benefit from the symbolic value of buying European luxury goods in the continent’s fashion capitals and capitalise on persistent price differentials. And with overseas sales effectively at zero, Mainland sales would roughly have to double or triple to make up for lost revenue.

Chanel said its price hikes were in line with the “harmonisation” strategy it adopted in 2015 to better equalise prices across markets. “These adjustments are made while ensuring that we avoid excessive price differentials between countries,” said the spokesperson for the brand. “We believe it is essential not to penalise our clients on the basis of geographic considerations.”

Louis Vuitton has also made attempts to minimise price differentials. Last April, when the Chinese government lowered its VAT on luxury goods from 16 percent to 13 percent, the brand responded by lowering prices in China by 3 percent. In a statement at the time, it said it was “fully supportive of the Chinese government’s ongoing efforts to narrow the price gap between China and overseas.”

But the recent price hikes are global and do not seem calculated to drive the repatriation of Chinese spend. Nonetheless, Asian consumers appear likely to stomach the increases, at least when it comes to Chanel and Louis Vuitton, such is the pricing power of top-tier brands.

The strategy is probably not replicable for brands further down the food chain, however. Indeed, it serves to further differentiate the true luxury credentials of brands like Chanel from competitors, who may have a hard time increasing prices in Asian markets where some consumers may be feeling squeezed by the economic contraction and tired of paying more.

According to market reports, Gucci and Prada, which may not be seeing as strong a recovery in China, are playing a more cautious game on pricing, with no plans for hikes. The ailing British label Mulberry is even going in the other direction, lowering its prices by up to 20 percent in some Asian markets in an attempt to entice consumers to buy. Whether anyone else has the guts to put their brand credentials to the test and implement Chanel-style price hikes remains to be seen. 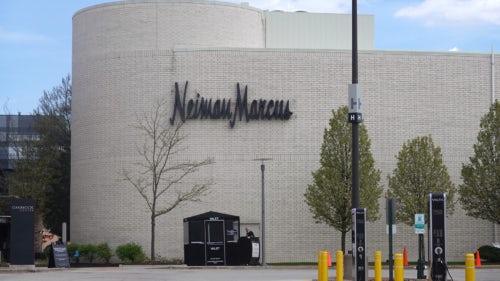 Bankruptcy court approves Neiman Marcus' plea to access financing. The luxury department store arranged $675 million of debtor-in-possession financing to aid operations while it attempts to reorganise. Neiman Marcus plans to hand over control to creditors in exchange cancelling of $4 billion of debt. Neiman Marcus' debt totals about $5 billion. The company hopes to come out of Chapter 11 proceedings in autumn with a $750 million package from creditors that provided its initial bankruptcy loan.

Designers and CEOs rally to rewire the fashion industry. A group of independent designers have with the help of BoF put forward a proposal with the aim of reorganising the fashion calendar to suit the rhythm of the natural seasons as most of the world experiences them. The proposal also includes a proposition that the industry reposition fashion shows to better engage consumers as well as a bid to stop markdown periods and mid-season sales.

Dries Van Noten proposes reset to fashion’s deliveries and discounting calendar. A group of designers and retailers, led by the Belgian designer, wants the industry to realign fashion deliveries with real-world seasons and stop early discounting. The group proposes that the Autumn/Winter season is moved to August through January and Spring/Summer to February through July. They also urge retailers to push end-of-season discounting to January and July, which could result in abandoning high profile markdown days like Black Friday, Cyber Monday and Singles Day.

British Fashion Council aims to raise £50 million for struggling designers. The BFC has announced its first 37 Foundation Fashion Fund recipients, including Charles Jeffrey, Bethany Williams and Richard Malone, who will receive the first £1 million round of funding. Each brand will get up to £50,000 to help weather the Covid-19 crisis and will be offered access to business support and mentoring from the BFC’s network. The organisation also urges the British government and industry leaders to extend a helping hand to smaller brands hard hit by the crisis.

Richemont reports 67 percent drop in annual profit. Over the past three months sales have fallen by 18 percent as a result of widespread store closures and low consumer confidence. Chairman Johann Rupert estimates up to three years of grave economic impact of Covid-19 on the Swiss luxury group. As a result, Richemont has reduced production at its watch and jewellery plants to lower its costs.

Neiman Marcus creditor calls for deal with Saks Fifth Avenue. A letter by the creditor suggests that combining the two luxury retailers would create between $2.8 billion and $4.7 billion of value. Neiman Marcus has also been advised to use bankruptcy procedures to close 22 stores in overlapping locations, which would boost both retailers’ earnings. The two department store chains have flirted with the idea of merging before in 2017 and once again a year later.

Under Armour’s quarterly revenue drops 23 percent. The sportswear brand reported a net loss of $589.7 million the first quarter ended March 31, compared with a profit of $22.5 million a year earlier. As a result of the Covid-19 crisis, the company has so far been forced to temporarily lay off about 600 staff at its US-based distribution centres, prolong store closures and withdraw its annual forecast. These steps have significantly disrupted Under Armour's typical business operations.

J.C. Penney talks with KKR, Ares and Sixth Street Partners lenders on bankruptcy loan. The plan would be included in a Chapter 11 court filing that could come next week, according to people with knowledge of the matter. The lender group, which also includes Apollo Global Management Inc., could reduce the department store chain’s debt in exchange for control of the company. They could also provide as much as $500 million to help J.C. Penney stay in business during the bankruptcy process. 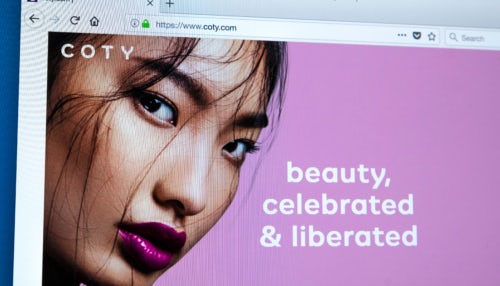 Coty to sell majority stake in hair businesses to investment firm KKR in $4.3 billion deal. The cosmetics maker said it would receive about $3 billion in cash from the divestment. The deal includes Wella and Clairol brands as well as OPI and Ghd brands. Coty also said third-quarter sales dropped 23 percent to $1.53 billion in the three months ended March 31.

L'Oréal cancels 10.4 percent dividend increase. The beauty group will instead stick to the same payout per share of €3.80 ($4.06) it made in 2019. The beauty group's revenues fell 4.8 percent on a comparable basis in the first quarter as a result of extensive store closures linked to the outbreak, but it nonetheless remains hopeful about a consumer bounce back later this year, likely led by China. 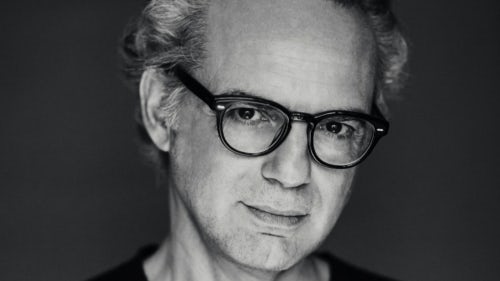 Valentino appoints new CEO. Valentino has appointed Jacopo Venturini, formerly executive vice president of merchandising at Gucci, to chief executive, effective June 1. This is Venturini’s third stint at Valentino, having previously been the Italian fashion label’s brand manager for womenswear and menswear as well as director of ready-to-wear and retail image. Venturini succeeds Stefano Sassi, who has been with the brand since 2006.

Rent the Runway CTO departs. Rent the Runway Chief Technology Officer and Head of Product Joshua Builder is exiting the company after four years at the job. Builder will be leaving at the end of May when Larry Steinberg will step in as interim chief technology officer. He will report to Chief Operating Officer Anushka Salinas.

Vogue and the CFDA set up shop on Amazon. Through the fundraising initiative A Common Thread, 20 independent New York brands — including  Phillip Lim 3.1 and Derek Lam — will begin selling their collections on the e-commerce marketplace as part of an effort to help struggling designers. It will be merchandised by Vogue and Amazon's fashion division, which also donated $500,000 to the fund.

Condé Nast lays off 100 staffers. The Vogue-publisher will put 100 more on furlough as print advertising revenue drop. The layoffs will mainly affect employees in advertising, editorial and corporate, but no magazines are expected to close or pivot to digital. The majority of the events team has also been furloughed due to the cancellation or postponement of live events.