This week, a Tiffany campaign featuring Beyoncé, Jay-Z, a Basquiat painting and a 128.54-carat diamond offered a window into how LVMH is bringing its playbook to its largest-ever acquisition and the advantages and challenges of marketing brands rooted in the 19th century in today’s world.

This week, a Tiffany campaign featuring Beyoncé, Jay-Z, a Basquiat painting and a 128.54-carat diamond offered a window into how LVMH is bringing its playbook to its largest-ever acquisition and the advantages and challenges of marketing brands rooted in the 19th century in today’s world.

French luxury giant LVMH is roaring out of the pandemic. Not only have key fashion assets Louis Vuitton, Dior and Fendi delivered record sales and profitability in the first half of 2021, but the group’s revamp of American jeweller Tiffany, which it recently bought for $15.8 billion in the largest deal in the history of the luxury sector, is coming on fast and furious.

After a leadership reshuffle that put Anthony Ledru, Alexandre Arnault and Michael Burke in the driver’s seat, Tiffany hit the market last month with advertising that screamed “Not Your Mother’s Tiffany.” The rebranding accelerated this week, when the jeweller launched a campaign featuring superstar couple Beyoncé and Jay-Z, a Jean-Michel Basquiat painting and the 128.54-carat Tiffany Diamond, one of the largest yellow diamonds ever discovered.

In the US, Tiffany’s largest market, some saw the bejeweled Black power couple, photographed alongside a painting by Basquiat, whose work often addresses racism and class struggle, as a celebration of a New American Dream, no less defined by material wealth but freshly attainable to those long relegated to the bottom of the country’s socio-economic hierarchy. In this reading, Beyoncé becoming the fourth woman in the world (and the first Black woman) to ever wear the $30-million Tiffany Diamond was a symbol of empowerment.

Others saw a troubling depiction of Black Aristocracy defined by adjacency to whiteness spiked with the troubled history of colonialism, pointing primarily to the spectacle of Beyoncé refashioned as Audrey Hepburn in the film “Breakfast at Tiffany’s” while wearing a gemstone unearthed in South Africa in 1877. “Her brown skin reflects the light instead of Hepburn’s ivory complexion. The enormous diamond, freighted with the history of colonialism, hangs around a Black woman’s neck,” wrote Robin Givhan in the Washington Post.

Seen through a business lens, the Tiffany campaign was most interesting as a window into how LVMH is bringing its playbook for rebooting heritage labels to its largest-ever acquisition and the advantages and challenges of marketing brands rooted in the 19th century in today’s world.

Heritage is undoubtedly a powerful brand asset, especially when combined with a modern sensibility. LVMH has developed one of the most successful playbooks in the luxury sector with a strategy focused on modernising dusty labels, most notably with its high fashion revamp of luggage-maker Louis Vuitton, now the group’s cash cow, under designer Marc Jacobs.

Per the approach, the strongest luxury brands are both timeless and contemporary, able to lean on a unique backstory, often with alluring Old World associations from artisanal craftsmanship to aristocratic clients, while simultaneously tapping the current zeitgeist. In short, they are both classy and cool, a combination that gives them powerful sociocultural value and serves to differentiate them in the market beyond quality materials and design, with price tags to match.

Tiffany has a powerful history, but in recent decades the brand has been neither classy nor cool in the eyes of consumers. It needs to simultaneously reassert its heritage and connect with today’s cultural moment. Enter a campaign that features no saleable product, but where each element has a vital part to play in rescripting Tiffany’s brand story to do just that.

The 128.54-carat Tiffany Diamond plays a star role, its provenance and size underscoring Tiffany’s 184-year-old heritage as a high-jewellery house. Meanwhile, the Basquiat painting, a rarely seen work from 1982 whose dominant colour closely resembles Tiffany’s signature robin’s-egg blue, serves as a kind of cultural bridge between the past and the present.

So do Beyoncé and Jay-Z, whose hair style resembles Basquiat’s dreadlocks. They are the archetypical contemporary power couple — strong and equally successful, but by no means immune to the ups and downs of relationships — whose appearance in the campaign helps to modernise the concepts of love and marriage to which the Tiffany brand is so closely associated. But they may also be the closest thing America has to royalty and appear in black evening wear that, in the case of Beyoncé, is a direct reference to Golden Age actress Hepburn.

The mix of history and the current zeitgeist is potent.

But what happens when heritage brands, often rooted in the 19th century, come with historical associations that may be uncomfortable for 21st century eyes and ears? As critics have pointed out, the diamond that stars in Tiffany’s campaign was mined in colonial Africa.

It’s hard to hold companies responsible for what happened in past centuries. But it’s in their own interests for brands to be careful with how they deploy their heritage stories today, when politics is so deeply embedded in the daily conversation and winning over social media commentators, whose posts can powerfully shape consumer perception, is not always easy.

The issue is by no means unique to Tiffany. In today’s politically charged, social media-driven landscape, it’s increasingly clear that brand heritage can come with liabilities as well as advantages. 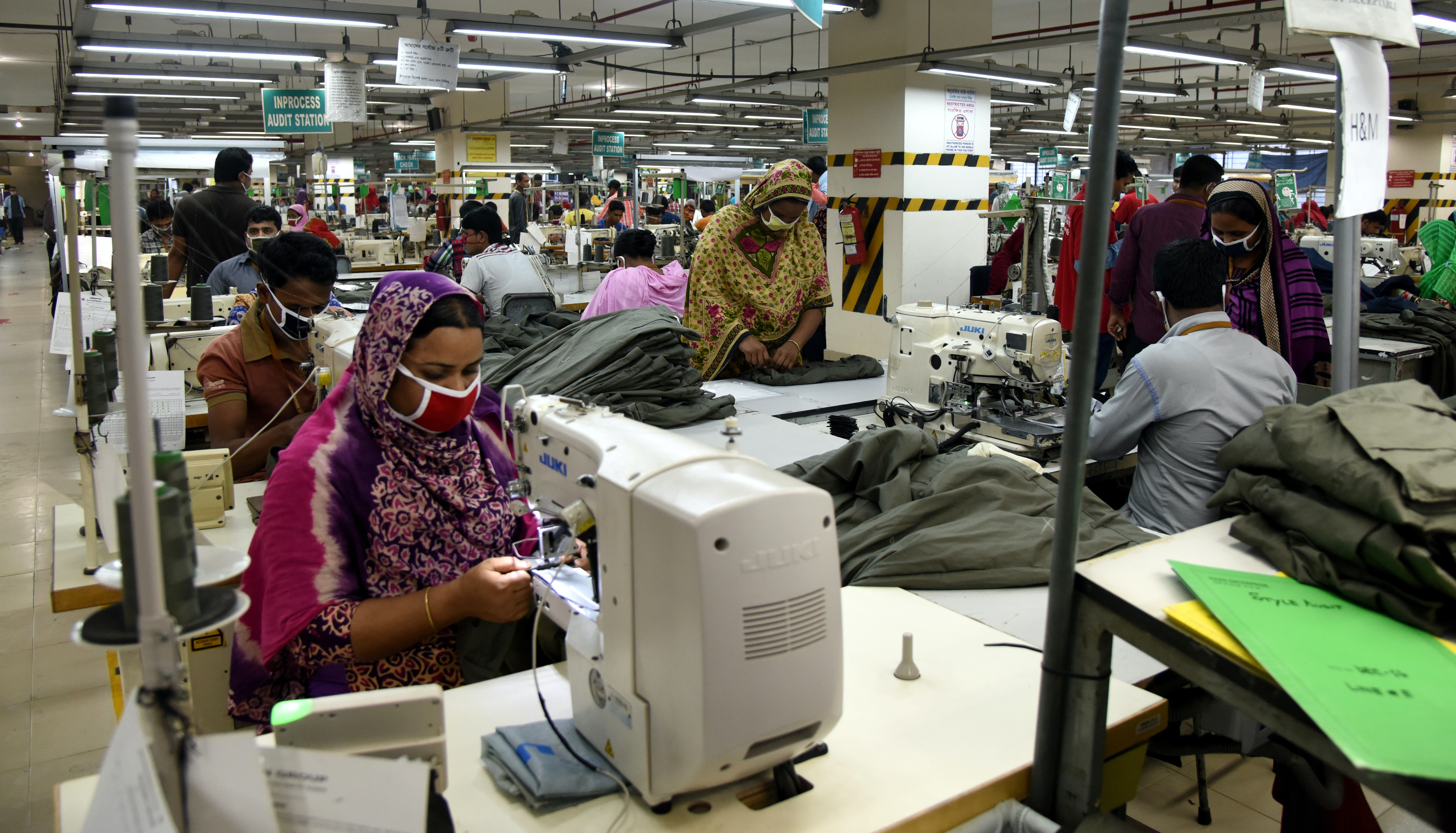 Brands and unions agreed to an extension of the Bangladesh Accord, one of fashion's most successful worker protection efforts. Getty Images.

Brands and unions agree to two-year extension of Bangladesh accord. The landmark safety initiative, which was first created in the wake of the Rana Plaza factory collapse and has since become one of fashion’s most successful garment worker protection efforts, was due to expire next week without a deal in place. The new agreement will expand the accord’s requirements to other countries.

Chanel confirms purchase of knitwear manufacturer Paima. The acquisition of the Italian firm, which Chanel has worked with for 25 years, will grow the French luxury house’s arsenal of specialist ateliers. Paima will continue to work with other luxury clients.

Nordstrom raises revenue forecast as customers return to stores. The retailer’s revenue rose to $3.66 billion in the second quarter from $1.86 billion in 2020, and said it expects revenue to rise over 35 percent in fiscal 2021, compared with more than 25 percent forecast previously. Analysts on average expect revenue to jump 29 percent, according to Refinitiv IBES data.

Warby Parker files for direct listing, revealing 53 percent revenue jump. The eyewear maker, which got its start as a digital platform and is expanding its offline footprint, could be valued at $3 billion in the listing, Bloomberg News reported. The company won’t raise any proceeds through the listing, in which investors will be allowed to sell their shares on the open market.

On, the Roger Federer-backed running label, plans IPO in New York. The Zurich-based company, which was founded a decade ago, listed the size of the offering as $100 million in a filing Monday, a placeholder that will change when it sets terms for the share sale. It has applied for the NYSE listing symbol “ONON.”

Urban Outfitters to exit China, launch peer-to-peer resale marketplace. The US retailer issued a statement on Tmall on Wednesday, announcing its flagship store on the platform will shut down by mid-September. Its new resale “sister platform” dubbed Nuuly Thrift will allow customers to sell and buy items from any brand, not just its in-house products, starting in the fall.

Farfetch teams with brands including Balenciaga, Khaite for launch of pre-order service. The move is a bid to further differentiate Farfetch’s platform from competitors in an increasingly crowded market.

Trove, the platform behind Lululemon and Levi’s resale, raises $77.5 million. The Series D round, led by G2 Venture Partners, brings the company’s total funding to $122.5 million, said Trove. It increases the company’s valuation to between $200 and $300 million, a person familiar with the deal told Bloomberg.

Mytheresa to go fur free. After banning exotic skins on its platform for the Spring/Summer 2021 season, the luxury e-commerce player said it will no longer offer products made using animal fur from November 2021. It joins a growing list of retailers that have dropped fur in recent months, including Neiman Marcus and Net-a-Porter. 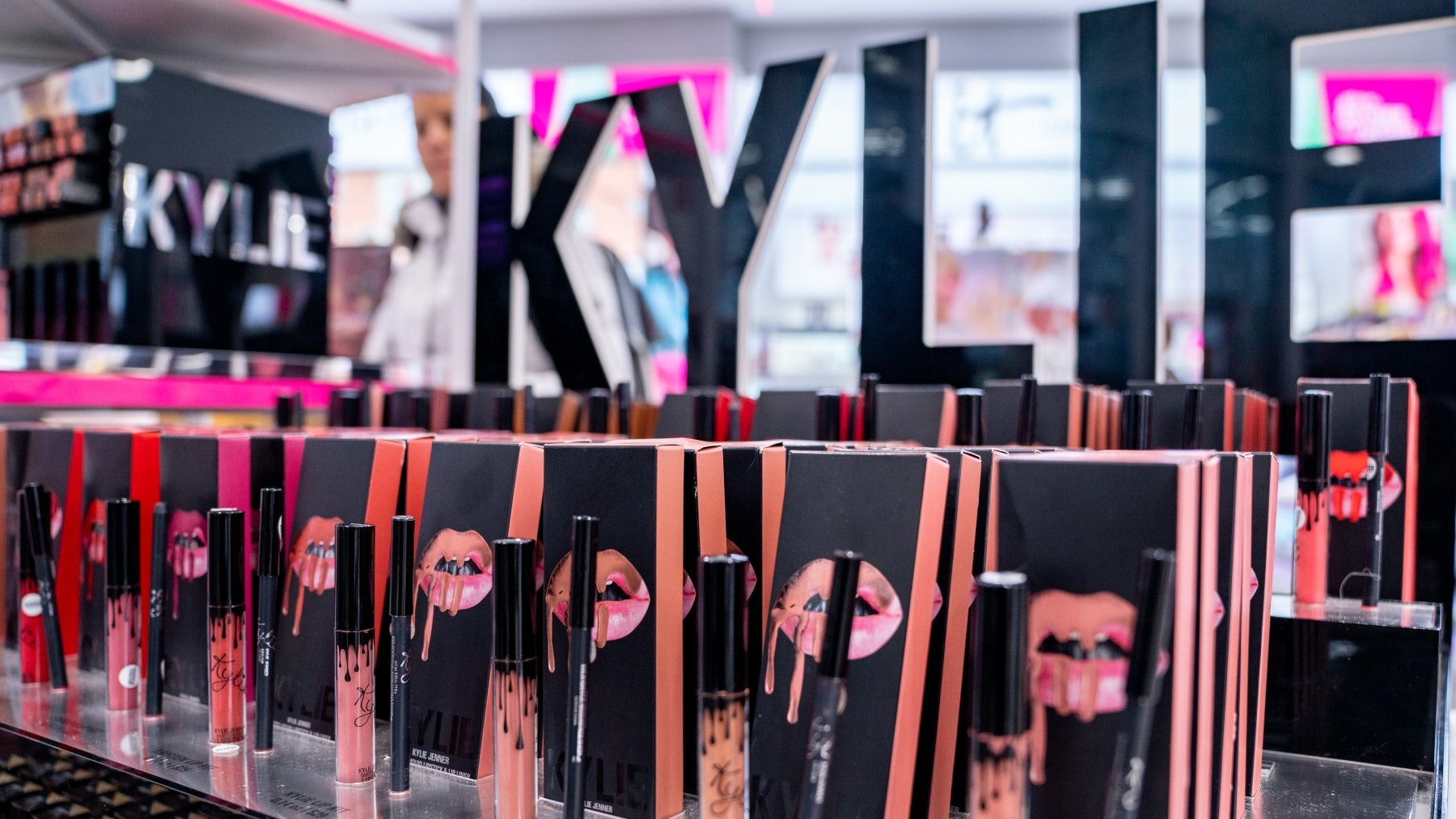 Coty saw sales increase in its most recent quarter. The Kylie Cosmetics owner reported revenue for the year ending in July 2020 totalled $4.63 billion. Though that total number was a 1.9 percent decrease from the fiscal year 2020, which included the second half of the calendar 2019, Coty’s fourth quarter 2021 revenue was up 89.6 percent from the year prior, when the impact of the Covid-19 crisis was at its most dire.

Ulta raised its sales forecast as revenue surges above 2019 levels. The retail chain said on Wednesday it predicts sales of as much as $8.3 billion this year — up from a previous forecast of $7.8 billion — reinforcing that cosmetics demand is on the rise.

Boots partners with Deliveroo for on-demand beauty delivery. The tie-up will allow UK consumers to have brands like The Inkey List and CeraVe delivered to their door in as little as 20 minutes. 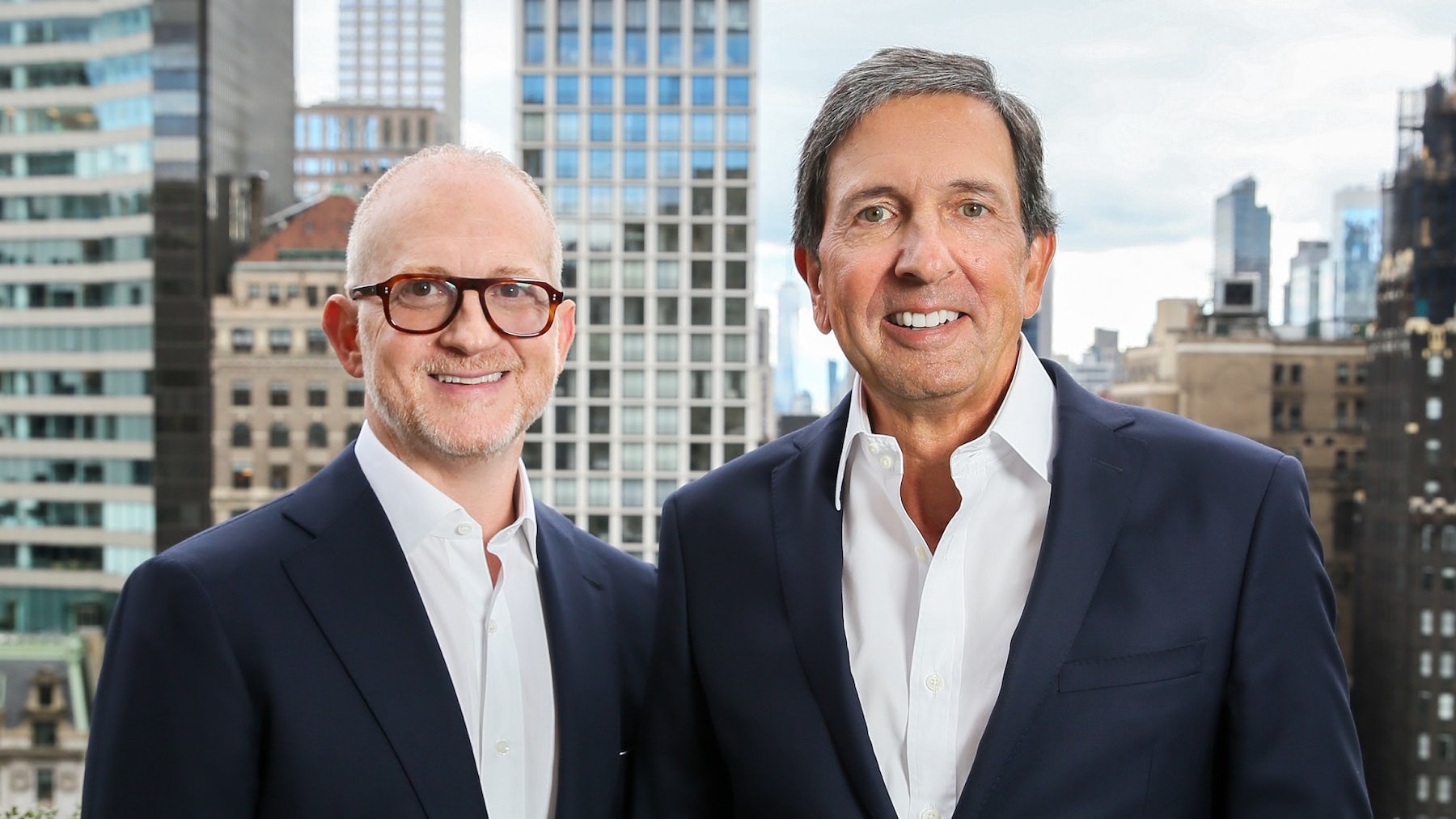 Michael Kors appoints Joshua Schulman as its new chief executive. The former Coach chief executive will succeed John D. Idol in the role. Schulman is tasked with speeding the transformation of Capri Holdings’ largest brand into a true luxury player, with plans for him to succeed Idol in his role as group chief executive in September 2022.

Condé Nast promotes Allure content director Jessica Cruel to editor-in-chief. The editor succeeds Michelle Lee, who announced in June she was leaving the beauty magazine to join Netflix. Cruel has worked at Allure since 2019 and begins her new role on Sept. 8.

PrettyLittleThing names influencer Molly-Mae Hague as a creative director. In her new position as UK and EU creative director for the Boohoo Group-owned brand, the reality TV star-turned influencer will take an “active position” in overseeing styling for brand campaigns and signing new brand ambassadors, according to a press statement. 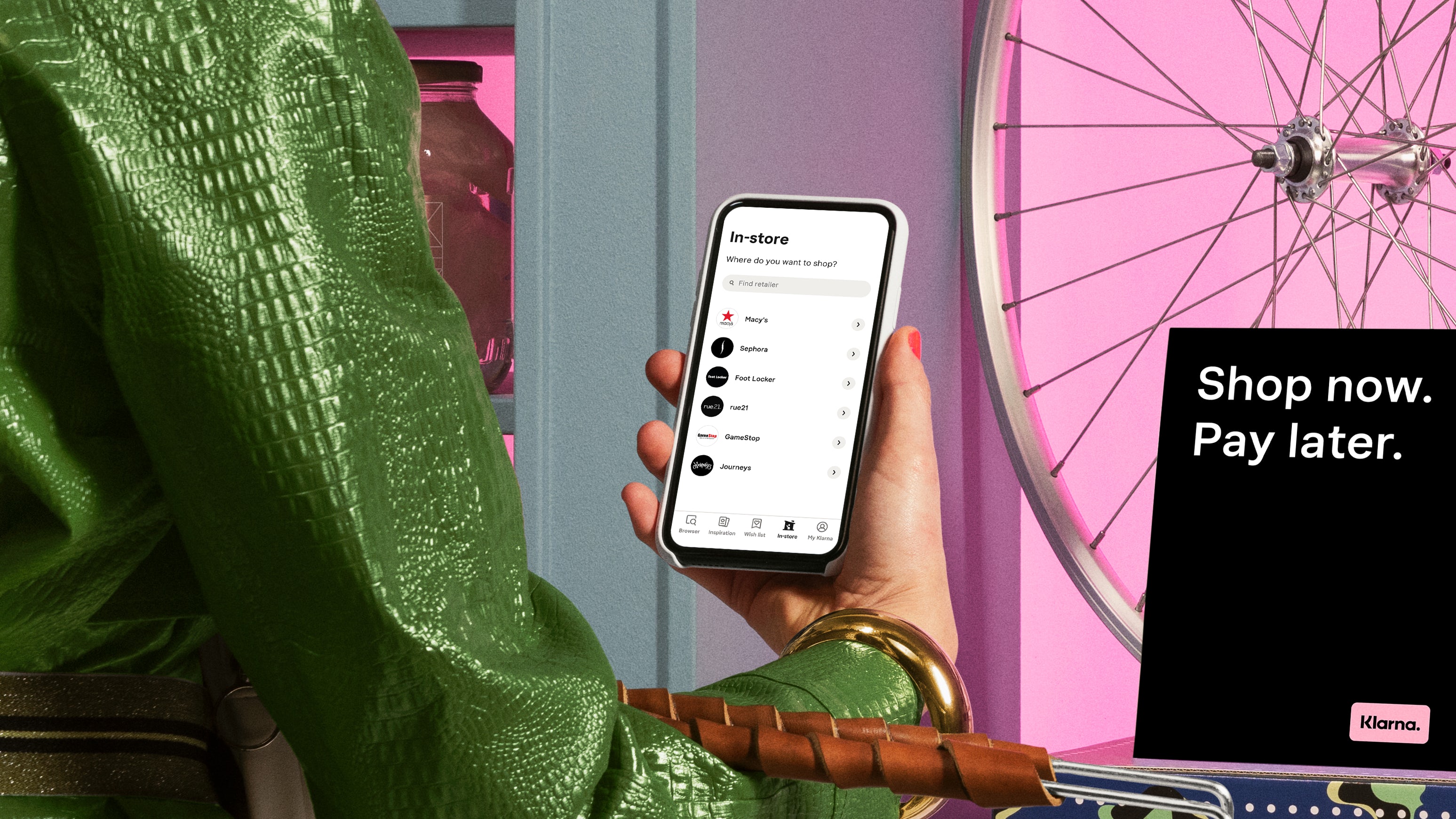 Klarna grew more than 300 percent in the US in the first half of 2021. The Swedish buy-now, pay-later firm reported a record second quarter on Aug. 25, posting gross merchandise volume (GMV) of $20 billion, up from $12 billion in the same period last year.

TikTok partners with Shopify to launch in-app shopping. The Gen-Z favourite short video app will begin by testing TikTok Shopping with a group of Shopify merchants in the US, UK and Canada in the coming weeks, marking the first time users will be able to shop directly in-app.

YouTube boasts $30 billion in payments to creators. Alphabet Inc.’s media arm announced Monday that it shares advertising sales with more than 2 million video producers, as rivals Facebook, TikTok and Spotify have all tried to lure creators away from YouTube with tools and payments.

Hypebeast Q1 revenue up 58 percent, boosted by media business. According to Hypebeast, a pandemic push towards digital strategy for global brands resulted in a shift in marketing and advertising budgets from traditional marketing channels to digital online channels — propelling it to a year-on-year revenue rise of HK$200.8 million ($25.77 million) versus the same period in 2019.