The Met Gala That Wasn't

This week, everyone will be talking about the Met Gala that wasn't, big brands on bankruptcy watch and China's sluggish retail sector. Get your BoF Professional Cheat Sheet.

What's the Online Equivalent of the Met Gala? 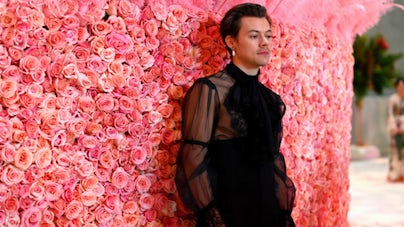 Harry Styles was one of 25 stars dressed by Gucci at the 2019 Met Gala | Source: Getty/Matt Winkelmeyer

It turns out "same idea, but online" may not be a viable strategy for adapting live events during the pandemic. The retail conference Shoptalk cancelled its livestream hours before it was supposed to begin last week, telling virtual attendees that “translating an in-person event to a virtual one presents many unique challenges.” The Met Gala is also proving difficult to adapt. People love to gawk at the critical mass of couture-draped celebrities on the steps of the museum, providing a sometimes valuable shot of publicity for brands.

There's no obvious way to generate a similar pop online when celebrities are quarantined in their homes. Vogue isn't going to try, instead offering up a live DJ set from Virgil Abloh, a performance by Florence + the Machine and an address by Anna Wintour. A group of Gen Z twitter personalities are attempting a more direct online adaptation with the hft (short for high fashion twitter) Met Gala. With its open guest list and ultra-inclusive message, it is in many ways the antithesis of the A-list gathering.

The Bottom Line: Replicating online what worked in real life is not a solution. If social distancing continues to clear the fashion events calendar, we'll start to see new traditions — and marketing opportunities — arise online. 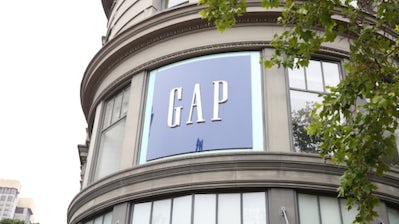 The fashion industry is entering a grim second wave of belt-tightening. Many brands furloughed or laid off store employees during the initial days of the lockdown. Now, we're seeing deeper, less easily reversed cuts in corporate offices. Gap made plans to close stores and lay off at least 10 percent of its corporate workforce late last month. Brooks Brothers is among the first brands, though likely not the last, to go up on the block. Then there’s the coming wave of bankruptcies, likely including department stores Neiman Marcus, J.C. Penney and, reportedly, J.Crew.

What’s the best-case scenario companies are hoping to achieve from these financial manoeuvres? Some brands could emerge leaner and meaner, having used the crisis to shed bloated corporate payrolls, underperforming stores and unpayable debts. Others won’t make it, or will live on in name only, acquired out of bankruptcy by licensing companies. Gap is trying both strategies, making cuts at headquarters and arranging licensing deals with IMG.

The Bottom Line: These steps, though likely necessary, will merely spread the pain around. In bankruptcy, suppliers will go unpaid and malls will lose valuable tenants.

China’s Stores Have Reopened. When Will Shoppers Return? 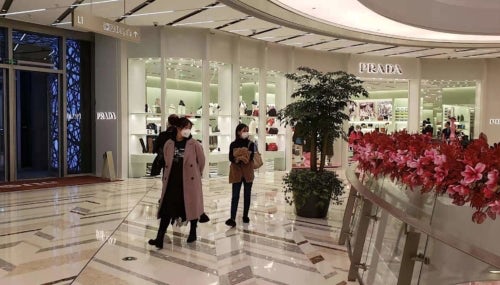 Chinese stores and malls have been open for business for weeks, but, Hermès aside, shoppers are still just beginning to trickle back through the door. Retail spending in China was down 16 percent year-over-year in March, better than when the country was under lockdown, but hardly the V-shaped recovery the fashion industry is hoping for. The Labour Day holiday will be a test of post-pandemic consumer sentiment. It's not a holiday on the scale of Singles' Day, but retailers should see a bump in spending over the four-day weekend. If they don't, American and European retailers should be concerned. The conditions keeping a lid on Chinese consumer spending, from health concerns to rising unemployment, are worse in many parts of the West.

The Bottom Line: National data out of China doesn't tell the whole story. Certain segments of the fashion industry, including luxury, are performing better than others.