The mega-influencer’s digital-first shapewear brand Skims has succeeded, not only in selling millions of units, but in quickly earning the sort of cultural credibility once reserved for the likes of Ralph Lauren.

The mega-influencer’s digital-first shapewear brand Skims has succeeded, not only in selling millions of units, but in quickly earning the sort of cultural credibility once reserved for the likes of Ralph Lauren.

It was a tale of two brands (and two business models) in American fashion this week.

On Monday evening, veteran designer Marc Jacobs thrilled fashion industry insiders with a show of striking silhouettes, staged IRL at the New York Public Library: a commitment to high design and the power of the runway. It was a crowd-pleasing comeback, however fragile, for a home-town hero who hadn’t shown since Covid-19 ripped through New York City early last year, for a business that has finally crossed back into profitability after five years of losses, and for the traditional American fashion system that underlies it.

Only hours earlier, however, another American fashion business made waves of its own when mega-influencer Kim Kardashian West announced in a flurry of social media posts that her Los Angeles-based shape-wear brand Skims would outfit Team USA’s female athletes with underwear, loungewear and pyjamas for this summer’s Tokyo Olympics and Paralympic Games.

The two businesses couldn’t be more different. Marc Jacobs, a designer ready-to-wear label founded by Jacobs and Robert Duffy in 1984, was born into a fashion system where success was built on glossy magazines and department stores. Meanwhile, Kardashian West’s Skims, a two-year-old shapewear brand developed with business partner Jens Grede, was conceived for a digital world with a strategy built on social media and e-commerce.

And though the fashion industry cheered for Jacobs, when Skims was named an official Olympics outfitter, the symbolism of the moment was unmistakable: a digital-first fashion business rooted in category-specific innovation had succeeded, not only in selling millions of units, but in earning the sort of cultural credibility once reserved for the likes of Ralph Lauren — all in the space of two years.

To be sure, Skims is still tiny compared to Ralph Lauren. In April, the shapewear brand raised $154 million in a new round of venture funding which lifted its valuation to $1.6 billion, a big number for a young label. But Ralph Lauren’s market capitalisation is more than five times that. Still, while Ralph Lauren took decades to become one of the most successful American fashion brands in history with a model largely based on wholesale and licensing, Skims has harnessed direct-to-consumer digital distribution to grow fast. The label reported $145 million in 2020 sales and is aiming to more than double that number this year.

It’s far easier to quickly scale a young brand online than in the physical world. Retail expansion brings friction and is expensive. And although building a direct-to-consumer e-commerce channel requires greater upfront investment than simply wholesaling to third-parties, it offers better margins and far greater control over everything from customer data to pricing, making it much easier to rapidly test and optimise a strategy. In a noisy market, going direct-to-consumer also allows young labels to send a much clearer brand signal.

Of course, you still need something to say. Skims has harnessed inclusivity and empowerment, offering a wide range of sizes and skin-tone shades, to not only target a broad customer base, but to stand for something that increasingly resonates with young consumers and imbues the brand with the kind of powerful story that can conceivably stand side-by-side on the world stage with American powerhouses like Ralph Lauren and Nike.

“Skims is size-inclusive and race-inclusive. It’s authentically consistent with the Olympics and that universalism [of sport],” said Nick Brown, co-founder of Imaginary Ventures, an early investor in Skims. “This can be a generationally-defining global brand that has real longevity.”

Of course, it helps to have the star power of Kim Kardashian. Marc Jacobs returns to the runway. About 100 guests were in attendance for Marc Jacobs’ first runway show since February 2020, the first major return to physical shows in New York. The collection of 35 looks, which was shown inside the New York Public Library, featured many oversized cold-weather layers that partially or fully obscured the models’ faces.

Richemont acquires Delvaux. The luxury conglomerate has acquired 100 percent of the Belgian-based leather goods maison from First Heritage Brands, owned by Hong Kong billionaires Victor and William Fung, who took a majority stake in the company in 2011 with Singapore state investment company Temasek Holdings. The financial details of the deal have not been disclosed.

Capri Holdings lifts forecast due to increasing luxury demand after lockdowns. The owner of Versace and Jimmy Choo is benefiting from a bump in online sales as consumers splurge on handbags and shoes. Capri expects annual revenue of about $5.2 billion, compared to previous forecast of about $5.1 billion.

Chanel raises bag prices by up to 15 percent. The price increases, which took effect on July 1, boosted price tags on models like Chanel’s Classic Maxi Flap by 15 percent, according to The Fashion Law, and are the label’s third round of price adjustments since the pandemic began. Rumours of a price hike saw shoppers in Seoul, Korea, queue up outside Chanel’s boutique in Lotte Department Store earlier this week.

H&M swings back to profit, June sales jump as restrictions ease. The world’s second-biggest fashion retailer swung to a pre-tax profit of 3.6 billion crowns ($419 million) from a year-earlier loss of 6.5 billion crowns. Sales in June were up 25 percent measured in local currencies, with the first two weeks higher than in 2019.

Gap to close UK stores, offload France business in overhaul. The company plans to maintain its e-commerce operations in Europe while closing company-operated Gap Specialty and Gap Outlet stores in the UK and Ireland by the end of September. The chain is in talks with Hermione People and Brands, a branch of FIB Group, to take over its French stores.

Jacquemus experiments with hybrid pre-order, buy now model. The brand adopted a new merchandising model for its Autumn/Winter 2021 collection, which was presented to a live audience on June 30. Instead of taking wholesale orders, key buyers were shown the collection in January and select pieces were available for purchase immediately after the show on the brand’s direct-to-consumer channels and through its retail partners.

Ralph & Russo bought out of administration by US investment firm. A representative for Quantuma Advisory, an advisory firm appointed as one of Ralph & Russo’s administrators, confirmed media reports that Retail E-commerce Ventures (REV) acquired the British couture house’s brand and assets. Creative director Tamara Ralph said she will exit the brand following the sale.

Neiman Marcus Group to go fur free. The group will stop selling products containing animal fur on its Neiman Marcus and Bergdorf Goodman stores and websites by early 2023. It’s among a flurry of fashion brands, including Canadian luxury outerwear brand Moose Knuckles and outerwear label Canada Goose, to say they would abandon the material in the past week.

Adidas launches new share buyback as demand booms. The buyback programme launched July 1 and will be worth up to €550 million ($653.6 million), the German sportswear company said. The move is part of plans announced by Adidas earlier this year to return up to €9 billion to its shareholders in the next five years. 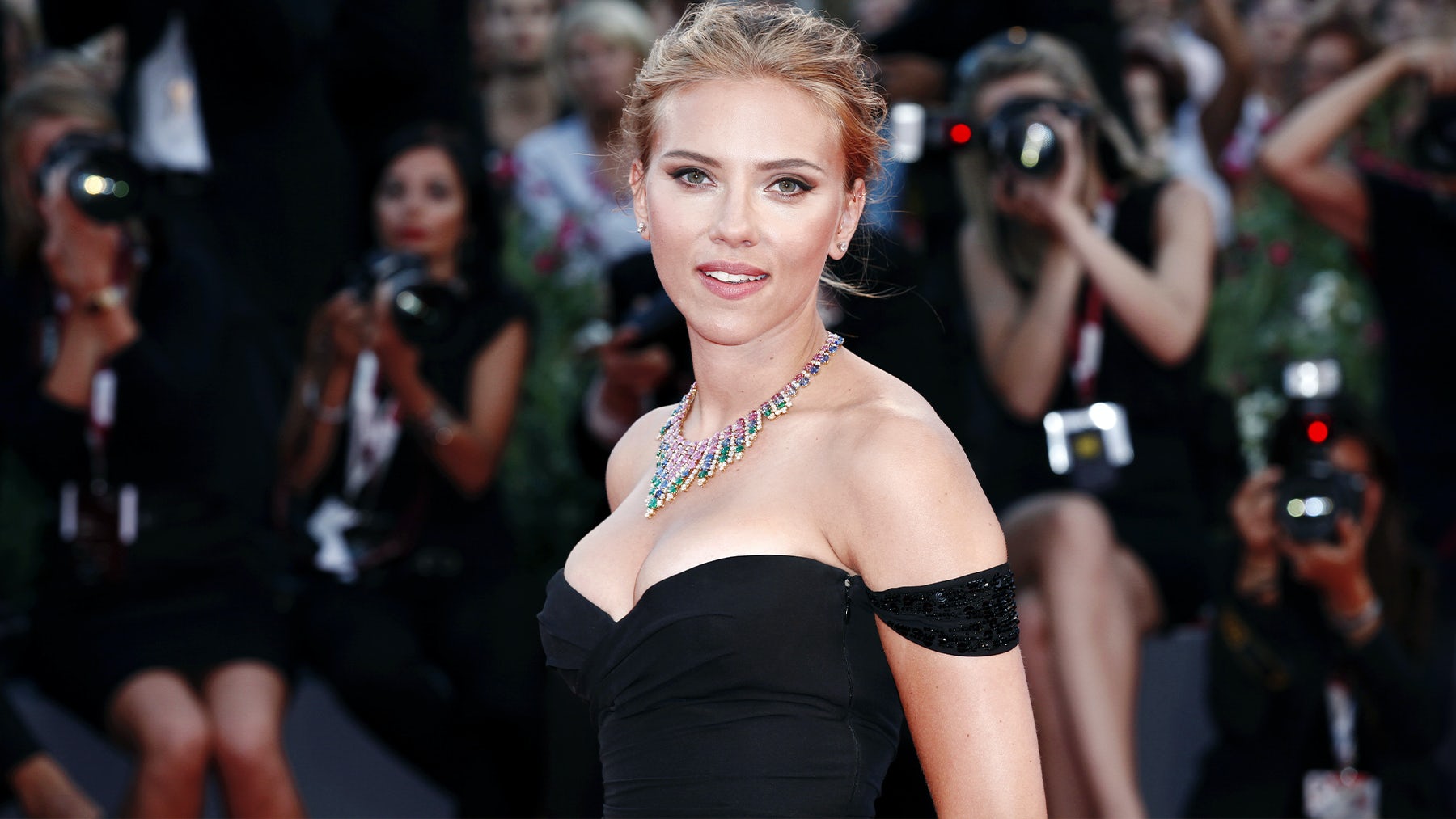 Scarlett Johansson is launching a beauty brand. The actress has secured funding from the Najafi Companies, a private equity firm that has also invested in the hair care brand of Tracee Ellis Ross, Pattern Beauty. Johansson’s beauty line will launch in early 2022. She will serve as founder and chairman, while the company will be run by Kate Foster, a veteran fashion entrepreneur who will serve as chief executive.

Sexual wellness brand Maude closes $5.8 million funding round. The Series A round, led by True Beauty Ventures with participation from Fable Investments and media company WME, will aid the brand — which sells sleek vibrators, candles that melt into massage oils and body washes — in growing its team, product assortment and content vertical, as well as further positioning itself as a leader within the beauty and wellness space.

Shiseido unveils strategy for personal care business. The Japanese beauty behemoth announced that its personal care division, which has been sold to investment fund CVC Capital Partners, will focus on the Asian market, digital sales and work towards a potential IPO, NHK reports. The sale, which is worth around 160 billion yen ($1.4 billion), was finalised on July 1 and a new venture, named Fine Today Shiseido, has been created to house the business, which will span categories from haircare to affordable skincare. Bianca Saunders wins 2021 ANDAM Fashion Awards. The British menswear designer, known for her gender-bending aesthetics and allusions to her West Indian heritage will receive €300,000 ($366,000) and mentorship from Cédric Charbit, chief executive of Balenciaga. Other finalists of the competition were GmbH, Wales Bonner, Area, Rokh, Ludovic de Saint Sernin and Casablanca. 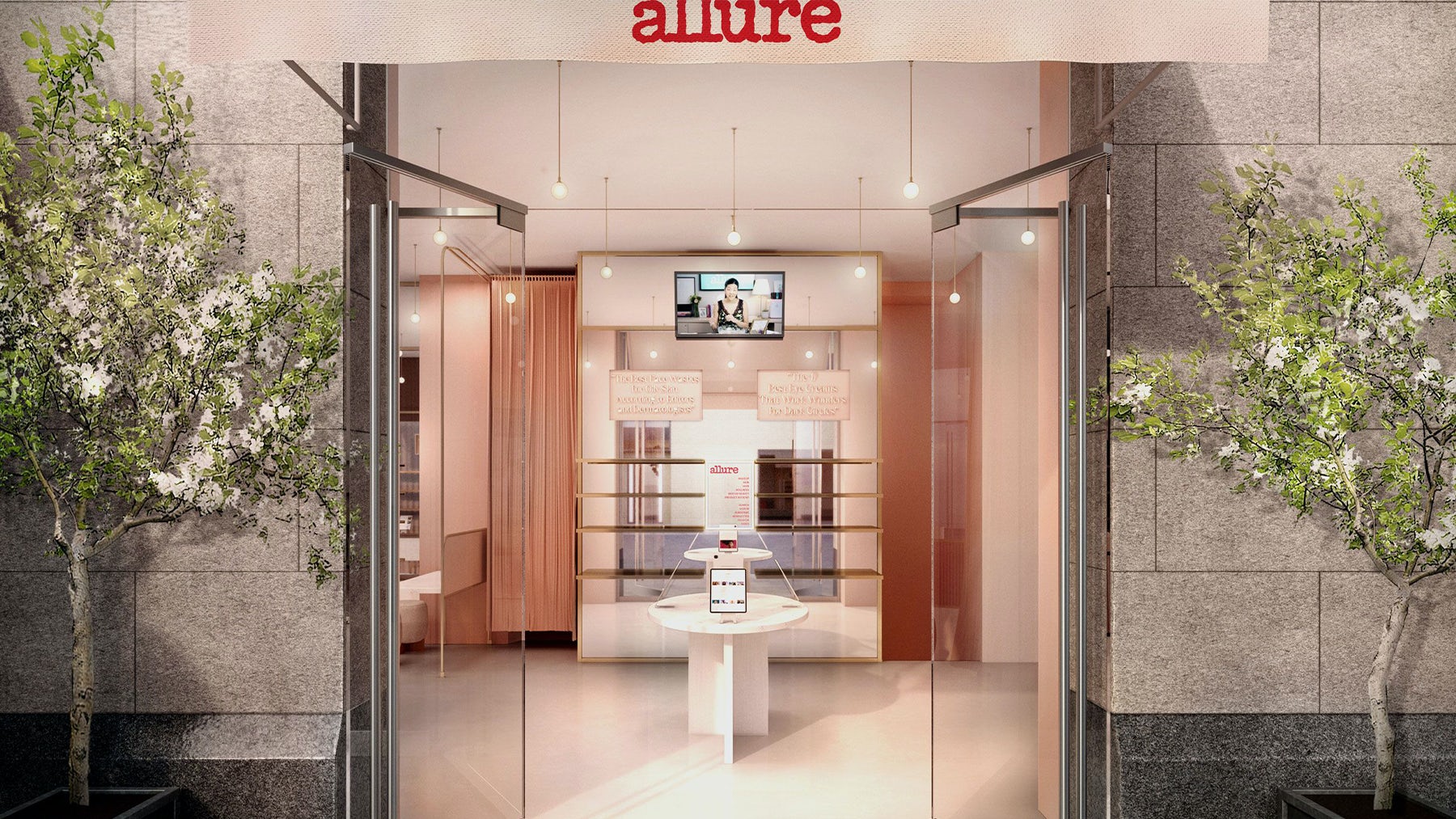 A rendering of the Allure store in Soho. Allure.

Allure magazine opens first store. Located in Soho, New York, the Allure store will open with 270 products from 170 brands, featuring winning products from the magazine’s annual Best of Beauty Awards and Reader’s Choice Awards. Other product displays will be themed around stories Allure has published about different trends and categories.

Virtual shopping platform Obsess secures $10m funding round. With its Series A round, the e-commerce platform, which helps fashion and beauty brands build interactive online virtual stores and showrooms, has raised a total of $13.4 million. The new round was led by Jump Capital with participation from the Venture Reality Fund and WXR Fund.

Singapore’s Carousell explores US listing via SPAC. The start-up is working with an adviser on the potential transaction that could value the company at as much as $1.5 billion, Bloomberg reporting, citing people who asked not to be named as the process is private. A listing through a special purpose acquisition company could take place as soon as the end of this year, according to the report.