As the coronavirus pandemic upends the fashion sector, disrupting both supply and demand, more and more brands are asking themselves a critical question: prototypes for Autumn/Winter 2020 are ready to go, but should labels put these collections into production? Or should they take a deep breath and… skip a season?

This evening, the dilemma deepened with the announcement that the next round of men’s and haute couture shows in Paris have been cancelled, while Milan’s next men’s fashion week has been postponed and merged with the city’s womenswear week in September 2020.

As for what to do about the autumn/winter collections that have already been shown, many brands are rightly concerned about managing cash and need to make careful investment decisions. Some are engaged in scenario planning to try and game out what the market may look like by summer and whether there will be demand for their goods. But in short, there is no easy answer. It’s very hard to predict the future with so many fundamental unknowns, especially when the intensity and duration of the crisis are impossible to ascertain.

Fashion brands all over the world are facing cancelled orders, making it hard for some smaller brands to meet minimum quantity requirements with their factories. Meanwhile, those who do still have orders in place are having trouble getting them manufactured. The Italian factories upon which so much of the fashion industry depends have been closed by government mandate. Those who use Chinese manufacturing have also faced challenges.

But even when these factories eventually come back to life, there are plenty of other variables to consider, most importantly cash conservation. Not all brands have enough cash on their balance sheets to simply skip a season. The revenue loss might be too much to bear given their fixed costs and expenses already sunk in producing and presenting their collections.

Eventually, the market will come back. The question is, how quickly? Already there are signs that China is reopening for business and some analysts are predicting a wave of so-called “revenge spending” by Chinese consumers as coronavirus quarantine measures are relaxed and shoppers make up for lost purchases during the lockdown. But the timing of store re-openings in Europe and North America remains unclear.

And when stores do eventually re-open, there will be so much unsold product in the market that analysts are predicting a wave of discounting similar to that seen in the aftermath of the global financial crisis in 2008. Brands and retailers may have little choice but to apply heavy markdowns to clear inventory, damaging profits and diluting brand equity.

So which way should brands play their cards? Forge ahead or skip a season?

More and more industry players are coming around to the idea of skipping a season, or at least pushing their collections forward so that investments in previously produced samples and production are not wasted on a season when merchandise will be heavily discounted. Admittedly, this is easier for single-category players in footwear and accessories, whose collections are less seasonal, but this strategy may work for trans-seasonal ready-to-wear collections designed for global customers, as well.

But forgoing revenue in the near-term means brands must cut costs. This is why we have already seen a wave of layoffs, furloughs and salary cuts as smaller companies try to ride out the storm. Others are hoping that emergency government loans and lines-of-credit will provide a cushion. What’s clear is that fashion will be a changed industry once this is over. 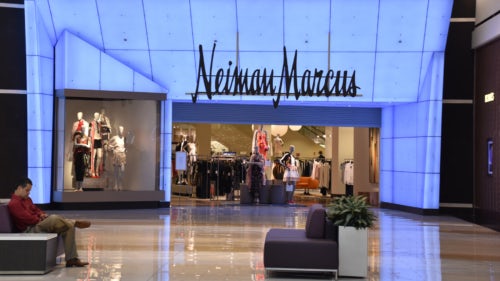 Neiman Marcus reportedly in bankruptcy talks with lenders. The luxury retailer is struggling to ease its $4.3 billion debt load, according to a report by Bloomberg. Neiman Marcus is allegedly talking to lenders about a potential loan that will keep the retailer going while it works on a recovery plan. In an email statement to BoF, Neiman Marcus did not deny these reports.

LVMH says it will not buy Tiffany shares on the open market. The move could have allowed the luxury conglomerate to buy the jeweller at a lower price than the one agreed last year. Bloomberg reported last week that the French luxury goods group was now considering buying shares in Tiffany on the market, following its deal last November to buy the company for $16.2 billion, or $135 a share.

Nike's sales beat estimates despite coronavirus disruption. The sportswear company saw digital sales increase by 36 percent in the third quarter, following the outbreak. Nike’s total revenue rose 5.1 percent to $10.10 billion in the third quarter. But Nike has decided not to forecast sales as the coronavirus pandemic has forced the company to shut stores across the world to contain the outbreak.

Nordstrom announces layoffs and salary cuts. Starting April 5, “a portion of corporate employees” will be furloughed, or put on leave of absence without pay, for six weeks, though they will retain benefits. Store employees will be paid until April 5 and offered benefits until the end of that month. Chief Executive Erik Nordstrom and President and Chief Brand Officer Pete Nordstrom will take no salary between April and September, nor will any member of the board of directors.

SMCP warns of 20 percent sales drop due to coronavirus. The Sandro and Maje owner cited store closures and fewer shoppers due to the outbreak as the reason for the decline. The company also said it was accessing its revolving credit facility to strengthen its cash flow and cushion the hit the pandemic will continue to have on business.

Stores cancel orders. After closing stores to curb the spread of the coronavirus, many retailers are telling vendors to immediately cancel orders. The California-based discount store operator Ross cancelled orders through June and said it would also extend payment terms on all existing merchandise payables by 90 days.

Fashion brands volunteer to donate or manufacture masks. The last week saw an influx of donations and aid efforts from fashion companies. LVMH, Kering and H&M have bought supplies from China to donate to European healthcare workers. Armani, Gucci, Balenciaga, Saint Laurent, Prada, Ralph Lauren and Fast Retailing are tapping their factories to make protective masks and/or garments for healthcare workers in France, Italy and the United States. H&M also plans to tap its supply chain to produce additional equipment. Meanwhile, The Estée Lauder Companies, Valentino Garavani and Giancarlo Giammetti, Armani, Gucci, Kylie Jenners and others have announced donations to various causes of more than $1 million. 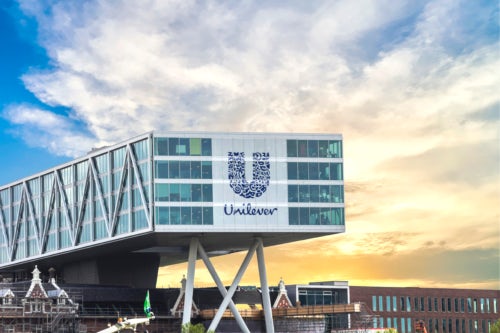 Unilever to protect workers’ pay for up to three months. The consumer goods giant, which owns Dove and Toni & Guy, will also help its "most vulnerable" suppliers with cash and extend credit to small struggling retailers as part of a $543 million relief programme. The move is the result of severe market disruptions caused by the Covid-19 outbreak.

Wellness brands capitalise on 'immunity' messaging. Many are seeing a surging demand but risk a backlash or even legal trouble if they tackle Covid-19 head-on. Instead, brands like Goop and Moon Juice are providing consumers with content and products that supposedly boost immune systems and better protect from sickness. 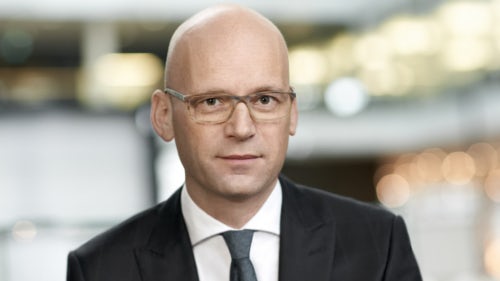 Hugo Boss CEO Mark Langer to depart at the end of the year. Langer will leave the German fashion house on September 30 but will stay on as a consultant until the end of the year due to the Covid-19 outbreak. Hugo Boss said in a statement that Langer’s departure had been agreed in mutual consent. Langer has been chief executive since 2016 and before that had been its finance chief of the company from 2010.

W Magazine hits pause. The New York Times reports that many of W’s staff were furloughed earlier this week. Those who work on online content are staying on at reduced salaries. The magazine’s next print issue has been postponed indefinitely. Marc Lotenberg, chief executive of W parent Future Media Group, said the title is in “survival” mode.

Retailers stop affiliate link programmes. Macy’s, Dillard’s, T.J. Maxx and Ulta Beauty were among the chains to at least temporarily deny influencers and media companies the sales commissions they receive from posting links to products. These links have become a multi-billion dollar ecosystem, serving as the main source of income for many influencers and a lucrative revenue stream for media brands.

UK reportedly in talks with Amazon about delivering coronavirus tests. The Financial Times said businesses with established delivery networks could be used to deliver tests to medical workers. The move comes as the number of British cases increases, meaning the government intends to step up the delivery of tests to health workers so they know when they can and cannot work.