The Sneaker Market Perks Up 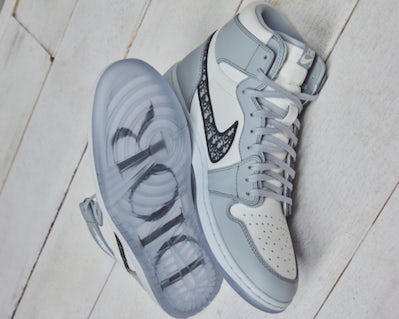 The Dior X Air Jordan sneakers have had a tortuous road to release. First teased at the luxury brand's pre-fall show in December, the shoes were originally slated to drop in mid-March. The pandemic put an end to that plan, and marketing $2,200 sneakers would have been inappropriate immediately after anti-racism protests erupted in late May. The delays have probably worked in both brands' favor. A few pairs that have found their way to StockX — perhaps sold by influencers who received the shoes in the original marketing ramp-up — received bids topping $12,000.

Nike, which owns the Jordan brand, and Adidas, which sells Kanye West's Yeezy sneakers, also appear to be making up for lost time with a busy schedule of high-profile drops planned for the second half of 2020. Crowds outside newly reopened Nike stores show there's plenty of pent-up demand. But Yeezy has had more trouble maintaining momentum; though it was on a hot streak pre-lockdown, Google searches for the brand plunged 43 percent in the four weeks ending June 7 compared with a year earlier, according to Cowen.

The Bottom Line: Drops are a reliable way to generate hype for a brand, but Yeezy's trajectory shows they can have a downside. Consumers trained to expect a constant stream of new product are quick to move on when the flood slows to a trickle. 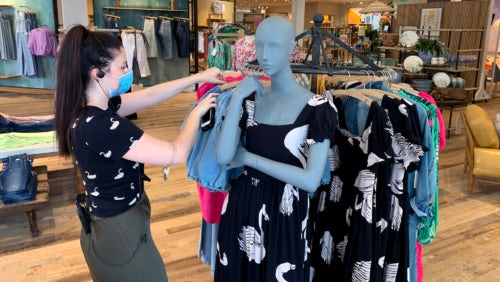 For a moment this spring, US retailers appeared to be on the cusp of putting the pandemic behind them. By mid-June, most states had lifted restrictions on in-store shopping, and consumers indicated in surveys they were eager to start spending again. But Covid-19 cases are surging again, and Apple made headlines by closing stores in some of the worst-affected states. Foot traffic continues to improve, even in the South and West, where new cases are highest. But with officials starting to warn consumers to stay home, that may soon change.

Retailers have had months to work out ways to keep people safe even if the pandemic isn't fully contained. We may be in for a long period of short-lived, localised lockdowns when the virus flares up. Brick-and-mortar sales can be highly unpredictable during this period, but a return to the total shutdown of March and April seems less likely.

The Bottom Line: Brands have largely woken up to the reality that the coronavirus will be with us for the long haul, and shopping patterns may have changed permanently.

Checking in on Department Stores 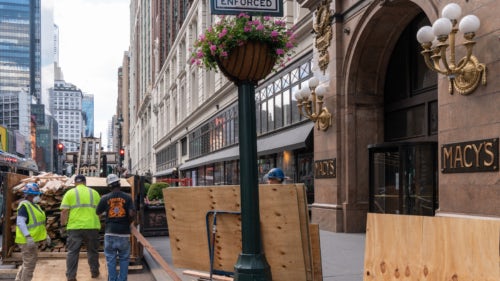 Department stores have had it especially bad these last few months. They are largely based in enclosed malls, typically the last non-essential retail locations that have been allowed to reopen. On the luxury end of the spectrum, stores are facing an insurrection by brands, which are producing fewer collections or looking to exit wholesale entirely.

Macy’s is preparing for leaner times by cutting costs, closing underperforming stores and laying off corporate staff. Luxury retailers are doubling down on services. Saks and Bergdorf Goodman are both offering same-day delivery to the Hamptons and private, by-appointment shopping in stores. And at every price tier, discounts are the norm (though this was often true pre-pandemic as well).

The Bottom Line: One development to watch in the coming weeks is the fate of J.C. Penney and Neiman Marcus in bankruptcy court. Whether they wind up in the hands of lenders, landlords or get sold off for parts will shape the strategy of the remaining players in the sector.