This week, Uniqlo’s Japanese owner Fast Retailing became the world’s most valuable fashion company, a reflection of just how much the pandemic is recentering the global fashion sector from the United States and Europe to Asia.

This week, Uniqlo’s Japanese owner Fast Retailing became the world’s most valuable fashion company, a reflection of just how much the pandemic is recentering the global fashion sector from the United States and Europe to Asia.

While Fast Retailing remains in third place in revenue terms, behind both Inditex and Sweden’s H&M, investors are clearly bullish on the future of the Japanese giant, which ended the week with a market value of 11.11 trillion yen ($105 billion), ahead of Inditex’s €80.78 billion ($98 billion).

Fast Retailing’s share price has risen steadily since August, driven by several factors. For a start, casualwear giant Uniqlo, which accounts for more than 83 percent of the company’s revenue, is well positioned to capitalise on demand for comfortable “stay at home” clothes as the work-from-home revolution brought on by the pandemic cements its place in daily life and consumers have less use for the trend-driven “going out” clothes sold by competitors.

Fast Retailing has also made big investments in a multi-year digital transformation that positions the company ahead of rivals as the crisis-driven shift to e-commerce looks likely to stick, if not at lockdown levels then at least above sales volumes seen pre-pandemic.

In line with founder Tadashi Yanai’s long-term ambition to become the world’s leading “digital consumer retailing company,” Fast Retailing has worked to put technology at the core of its business, tapping Google’s artificial intelligence prowess to better spot product trends and predict demand, enhancing its e-commerce experience and working with logistics giant Daifuku to speed up the delivery of digital purchases to consumers who crave instant gratification.

But more than anything, investors value Fast Retailing’s powerful footprint in Asia, especially in China, where the government’s successful management of the pandemic has delivered a strong “V-shaped” economic rebound, something few other economies have managed.

While governments in key fashion markets like Europe and the United States have struggled to get Covid-19 under control, with disastrous consequences for their economies, China’s GDP rose 6.5 percent year-on-year in the final quarter of 2020, outpacing pre-Covid growth. Despite suffering a sharp contraction in the first quarter of the year, China’s economy expanded 2.3 percent over the course of 2020, making it the only major market to grow through the pandemic.

To be sure, China’s rise has been a long time coming. The country surpassed the US to become the world’s largest fashion market in 2019, according to McKinsey. But the pandemic has turbocharged China’s ascendence and Fast Retailing — which operates over 2,000 stores around the world, 60 percent of them in Asia, with over 800 in Mainland China — is poised to benefit after years of pursuing a bold and deliberate strategy in the market.

“Given the population of 1.3 billion, I think we can go for about 3,000 stores,” Mr. Yanai told The Nikkei in October 2020, indicating the sheer scale of his ambition in China.

Fast Retailing also has a strong footprint elsewhere in Asia and has recently set it sights on India, the world’s second most populous nation and the next major battleground for global fashion brands, though it’s presence in the country, launched in 2019, is currently limited to six stores in New Delhi and it remains to be seen whether learnings from its successes in China are transferable.

Zara has also been opening stores in India, but the brand remains heavily dependent on Europe and the US, where 70 percent of its stores are located. Only 20 percent of its retail network is located in Asia. But Zara, which opened its largest Asian location in Beijing last October, has its sights set on the region. Catching up to Fast Retailing may be a challenge. But one thing is increasingly clear: the battle to dominate the fashion sector will be fought in Asia.

Fashion has long been dominated by the West. Japan was a major driver of sales for three decades starting in the 1980s, but for the majority of the history of the modern fashion industry, Europe and the United States have been its biggest sources of consumer demand as well as home to the world’s most valuable fashion businesses.

Now, the market has crowned a Japanese giant with a dominant footprint in Asia the most valuable fashion company in the world, a reflection of just how much the pandemic is accelerating a recentering of the global fashion sector from the United States and Western Europe to Asia.

All players will need to adapt and that means re-tuning everything from their organisational structures to their product assortments to their social media marketing strategies — not just their retail networks. 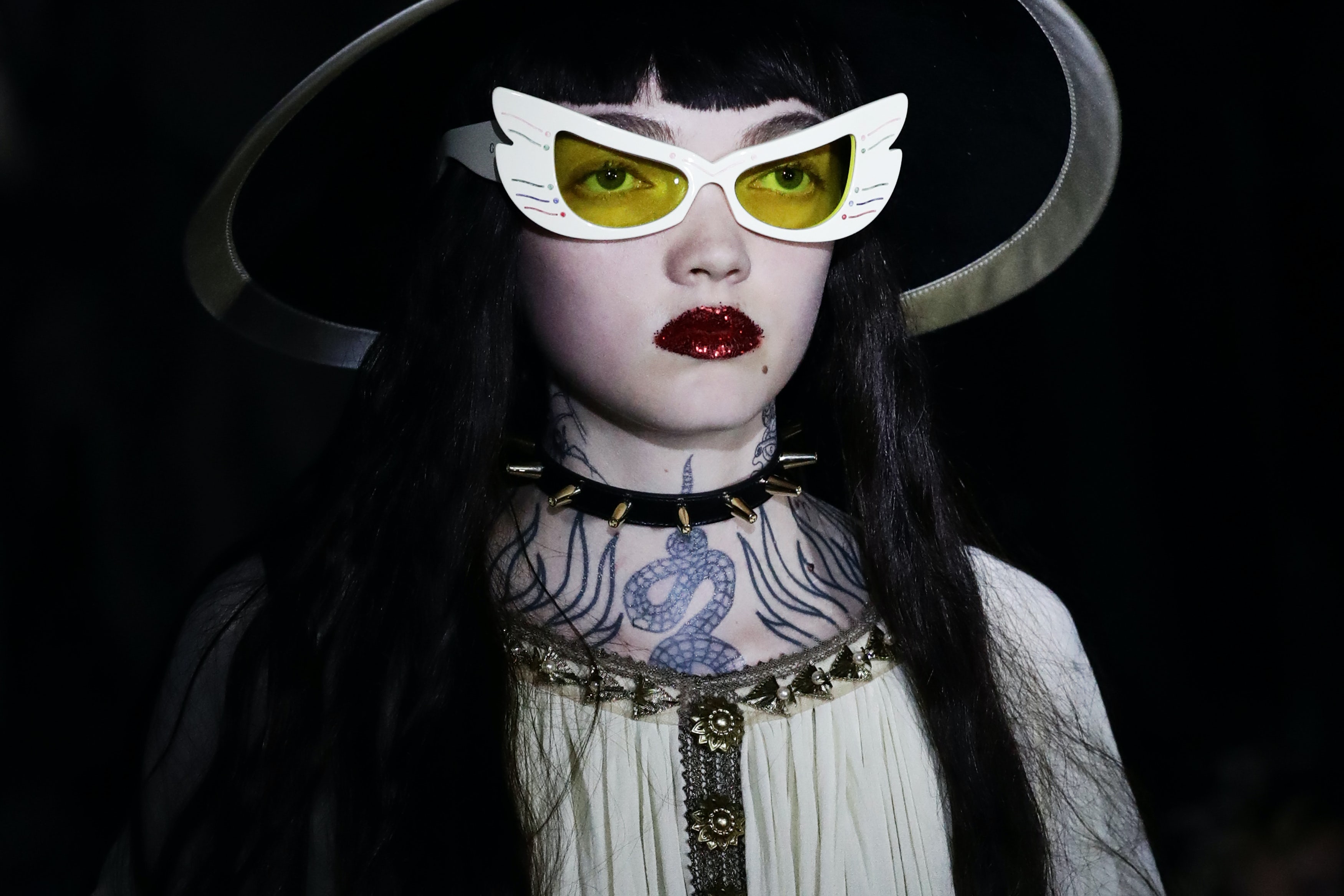 Gucci’s Q4 sales fall 10 percent. The Italian brand is struggling to bounce back from the pandemic, dragging on parent company Kering’s performance. The conglomerate’s smaller brands grew, but more slowly than they had the previous quarter. Yves Saint Laurent’s sales rose a modest 0.5 percent, while Bottega Veneta grew 16 percent. The “Other Brands” division, which includes Balenciaga and Alexander McQueen, slowed to 2 percent growth compared with a 12 percent jump over the summer.

Valentino says sales fell 27 percent last year, flagging signs of recovery at year-end. The Rome-based brand’s revenues fell to €882 million ($1 billion) last year. But the company says it saw a “rosy upturn” in the fourth quarter as it seeks to bounce back from the pandemic under new chief executive Jacopo Venturini.

Digital fashion weeks to deal heavy financial blow. London, Paris, Milan and New York could miss out on more than $600 million in economic activity this season, according to data compiled by Bloomberg, as digital shows mean luxury hotels, local clubs and venues, museum and art exhibitions and high-end boutiques will lose out on the cash influx that fashion week typically brings.

Adidas plans to divest Reebok brand. The German sportswear maker plans to sell or spin off the underperforming brand in a bid to better compete with arch-rival Nike Inc. The move to divest the US fitness label, which Adidas acquired 15 years ago, is part of a five-year strategy the company plans to present on March 10, when it will also publish 2020 results.

Victoria’s Secret brings swimwear back. The troubled lingerie retailer’s “Swim” line will be reintroduced online and in a select number of stores. Stocked alongside brands like Ayra, Baobab, For Love & Lemons and Skinnydippers, Victoria’s Secret’s own collection features one-piece swimsuits and mix-and-match bikinis, with prices starting at $49 and sizes ranging from 32A to 38DDD and 40D and XS-XL. 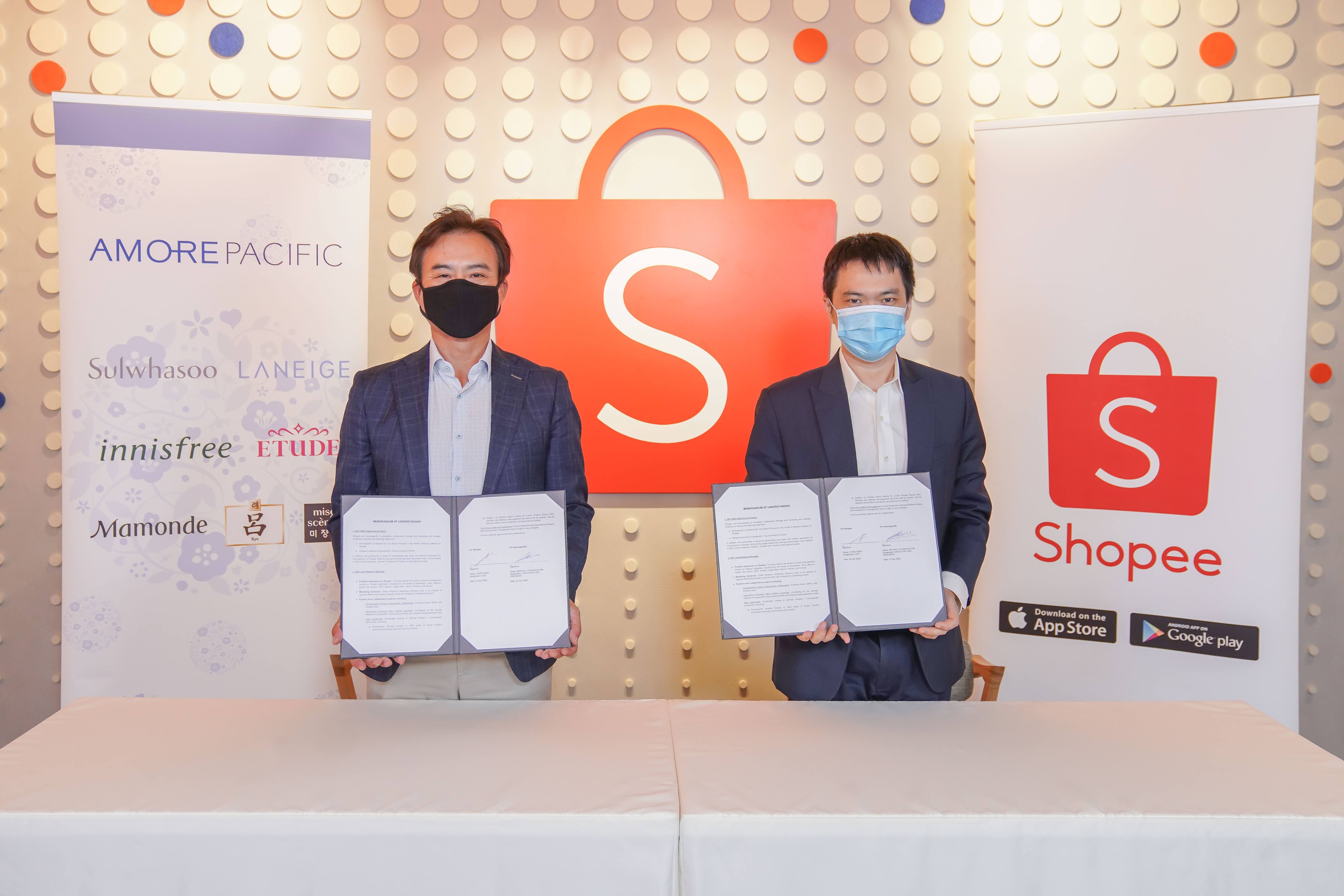 Amorepacific links arms with Shopee to target Southeast Asia. Under the new partnership, the South Korean beauty giant plans to tap into Southeast Asian markets and Taiwan, while providing customers with a wider product assortment. Amorepacific, which launched on Shopee mall in 2018, saw its gross merchandise volume grow over 13-fold and its regional e-commerce business double over the last two years.

Citigroup may get stuck with a huge chunk of distressed Revlon debt. A surprise ruling by a New York judge on Tuesday blocked Citigroup’s efforts to recover $500 million it had mistakenly sent Revlon’s lenders last year. The bank says it will appeal the decision.

Botox rival Evolus stays on US market after court order. Daewoong Pharmaceutical Co. and Evolus filed a request against an import ban early Saturday, urging the US Court of Appeals for the Federal Circuit to put a hold on the ban against their treatment Jeuveau. Allergan and its South Korean partner MedyTox Inc. in December won a ruling that Jeuveau is made using MedyTox’s secret process to turn the deadly botulinum toxin into a cosmetic product. 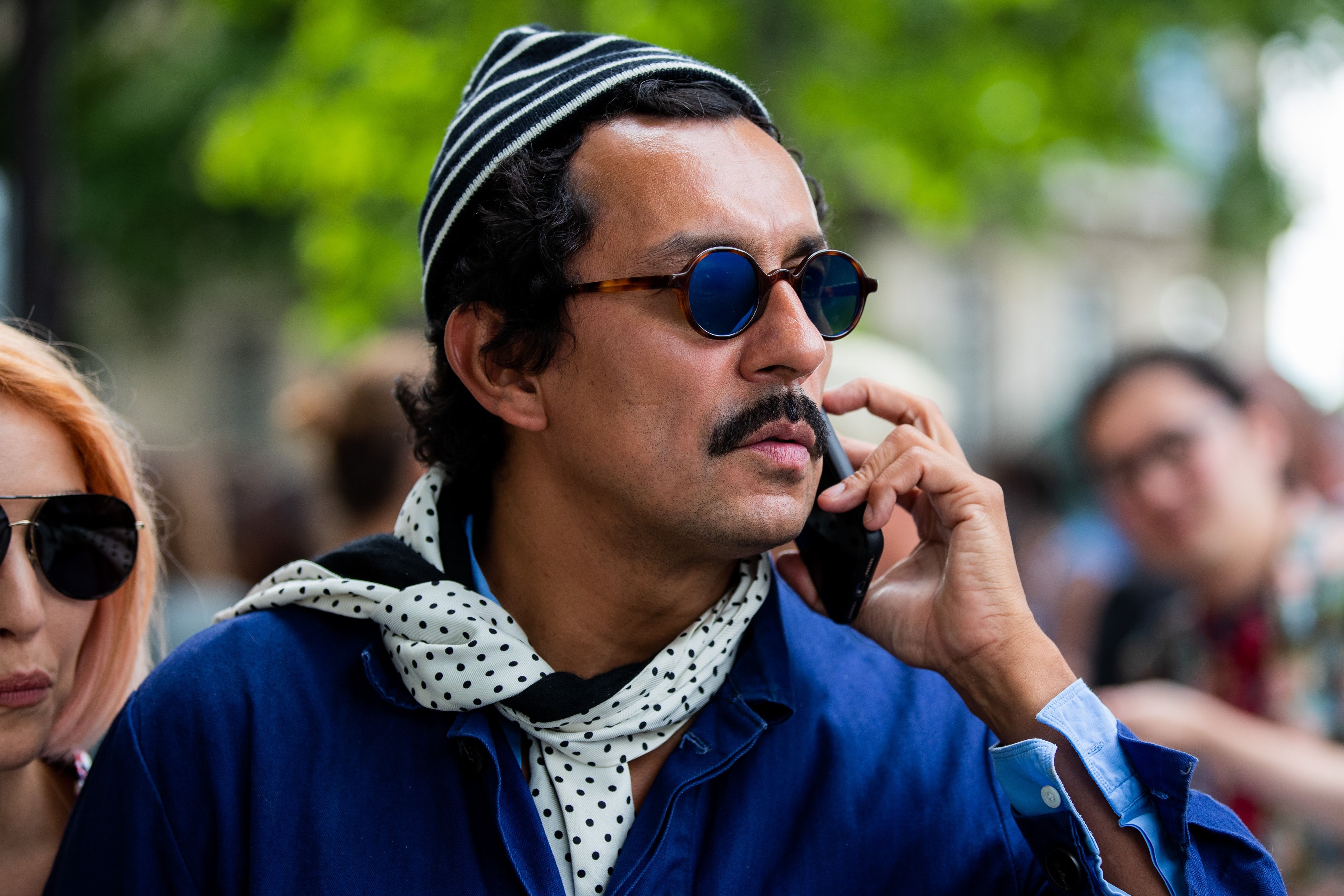 Haider Ackermann and Maison Ullens ink creative partnership. The designer has been named creative consultant to the luxury Belgian brand, effective immediately. The first collection under his oversight will launch online for the Autumn/Winter 2021 season.

Phoebe Philo, Lisa from Blackpink join ANDAM prize jury. The prize for emerging designer brands backed by France’s Ministry of Culture and a consortium of luxury brands is set to return this year, after 2020′s endowment was transformed into a crisis fund to support former winners. The designers selected to compete as finalists for the €500,000 ($606,693) prize will be announced in May.

LVMH’s Bernard Arnault forms special purpose acquisition company with former UniCredit CEO. Jean-Pierre Mustier is teaming up with Arnault to launch a special purpose acquisition company (SPAC) aimed at European financial deals, as a boom in blank cheque vehicles spreads from the US. French investment firm Tikehau Capital SCA is sponsoring the SPAC alongside Mustier, Financiere Agache, a group belonging to Arnault, as well as banker Diego De Giorgi. The four will be equal partners in the venture.

Marco Tomasetta named creative director of Montblanc. Tomasetta will lead the in-house team on planning and delivering the creative strategy of the German luxury goods company. His appointment is effective from March 1. Tomasetta’s prior experience spans across various luxury houses including Givenchy and Prada. 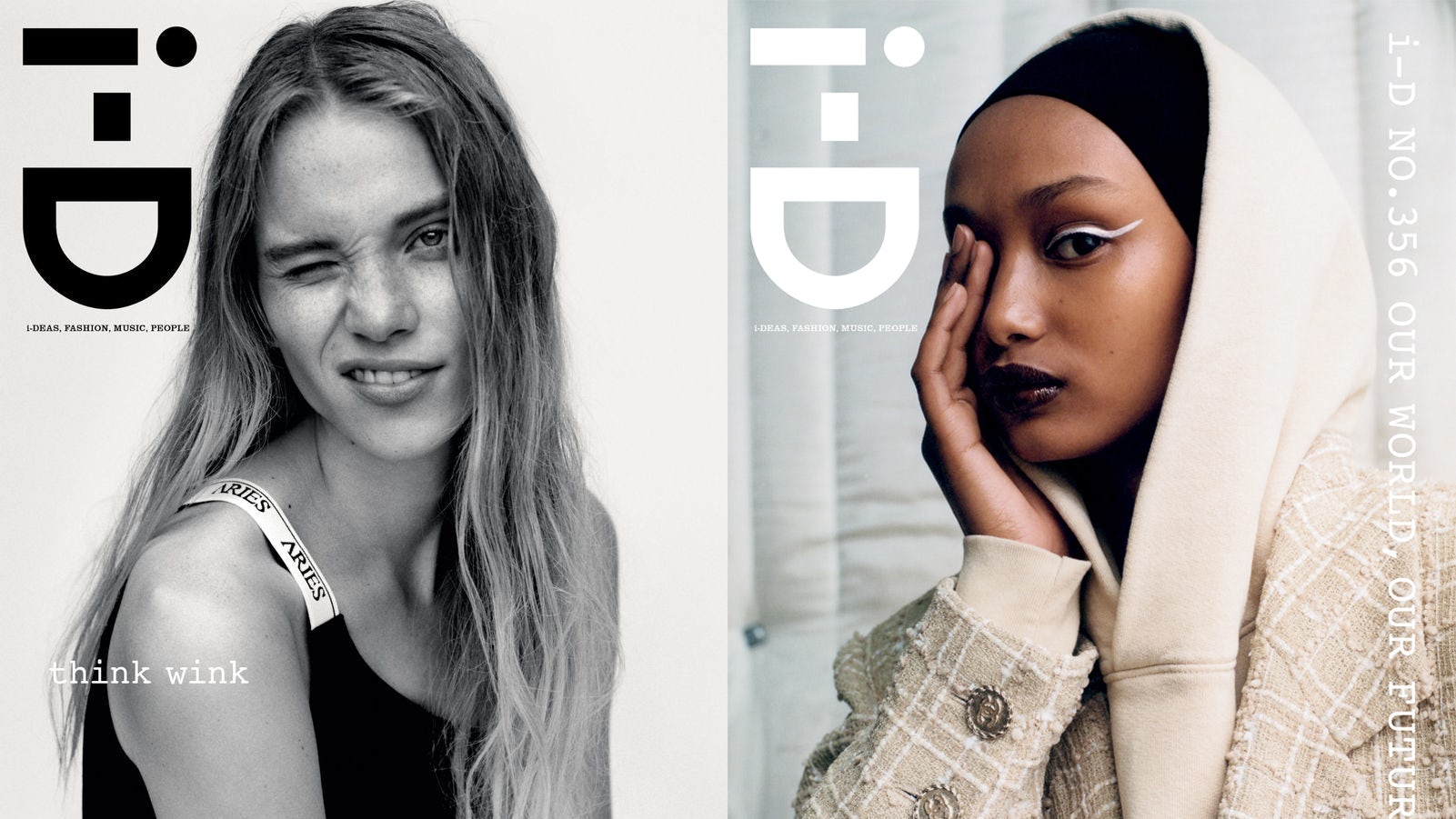 i-D announces new additions to senior masthead. Hair stylist Jawara has been appointed senior beauty editor at large, while stylists Lotta Volkova and Sydney Rose Thomas will take on the roles of senior fashion editors at large. All appointments are effective immediately.

Shopify tempers 2021 expectations after record year for online demand. The Canadian e-commerce firm trounced profit and revenue expectations for the holiday quarter on soaring online demand, but hinted revenue growth would slow this year, as vaccine rollouts encourage people to return to stores.

YouTube’s quick-video answer to TikTok coming to US in March. Americans will be able to use a preliminary version of Shorts while the company, owned by Google parent Alphabet, continues developing the feature, YouTube said Wednesday in a blog post. Shorts lets users create and upload 15-second videos, the length of an average video on ByteDance’s TikTok.

TikTok hit with consumer law breaches complaints across Europe. The complaints claim TikTok is allegedly violating the bloc’s consumer laws and failing to protect children from hidden advertising and inappropriate content. European consumer group BEUC cited several issues in its complaint, among them its terms of service. Meanwhile, the company’s US business has recovered strongly as the threat of a ban recedes.