To Sue or Not to Sue: Nike’s ‘Satan Shoe’ Conundrum

After a Brooklyn company sold 666 pairs of customised Nike Air Max 97s as ‘Satan Shoes’ in collaboration with queer rapper Lil Nas X, the sportswear giant sued to protect its brand. Was it the right move?

To Sue or Not to Sue: Nike’s ‘Satan Shoe’ Conundrum

After a Brooklyn company sold 666 pairs of customised Nike Air Max 97s as ‘Satan Shoes’ in collaboration with queer rapper Lil Nas X, the sportswear giant sued to protect its brand. Was it the right move?

Last Friday, Brooklyn-based creative agency MSCHF began marketing 666 pairs of customised Nike Air Max 97s containing human blood as “Satan Shoes” in collaboration with queer rapper Lil Nas X, who dropped a new single the same day. Despite costing $1,018, the shoes sold out in less than a minute when they went on sale Monday. But not everyone was enthused.

The “Satan Shoes” which came with pentagram charms as well as “Swoosh” logos and are printed with “Luke 10:18” — a reference to the biblical line “I saw Satan fall like lightning from heaven” — sparked outrage online. On social media, there were calls for a boycott of Nike products from people believing the company’s edgy marketing had gone too far without realising the Satan-themed shoes were created without the blessing of the American sportswear giant.

On Monday, Nike filed a trademark infringement and dilution lawsuit against MSCHF (Lil Nas X was not named as a defendant), alleging the “unauthorised Satan Shoes are likely to cause confusion and dilution and create an erroneous association between MSCHF’s products and Nike.” MSCHF claims the shoes are art and have not confused consumers.

On Thursday, a federal judge sided with Nike, granting a temporary restraining order that stops MSCHF from shipping the shoes — or at least those pairs that have yet to be dispatched.

But Nike’s lawsuit may have already had unintended consequences.

As conservatives seized on the issue, with some attacking Lil Nas X’s race and gender, the “Satan Shoes” became a flash point in America’s culture war. South Dakota governor Kristi Noem even joined the debate, tweeting: “Our kids are being told that this kind of product is, not only okay, it’s ‘exclusive.’ But do you know what’s more exclusive? Their God-given eternal soul.”

On the other side, liberals cheered MSCHF and Lil Nas X, casting Nike as a homophobic “jock” whose muscular legal response to the “Satan Shoes” — which supporters saw as part of a performance piece on the demonisation of queer identity that started with the release of the rapper’s new single — put the company in the conservative camp.

To be sure, Nike has every right to protect its brand. But in today’s deeply divided America, its decision to take legal action could end up achieving the opposite.

Was it the right move?

At one level, Nike’s decision to sue makes perfect sense. Ultimately, the sportswear behemoth doesn’t sell sneakers and apparel, it sells aspiration. Nike’s most powerful asset is its brand. The company has invested billions of dollars in cultivating trademarks it must defend or risk eroding their legal standing.

Nike doesn’t always sue when faced with cases like this, however. MSCHF’s “Satan Shoes” were a sequel of sorts to the company’s 2019 line of “Jesus Shoes” which contained holy water and became one of the most Googled sneakers that year, but did not provoke a Nike legal challenge.

But MSCHF produced fewer than 25 pairs of the “Jesus Shoes” and, despite their going viral, the backlash they generated was far smaller than that of the “Satan Shoes.” Perceived links to satanism may also have simply been too much for Nike leadership to stomach after already paying a price with conservatives over their decision to back football player Colin Kaepernick.

Yet some see Nike’s stance on the “Satan Shoes” as out of sync with its brand.

Nike has built one of the world’s strongest brands around the universalism of sport and the power of human potential. Its core customers are young and diverse and, in recent years, the company has clearly aligned itself with marginalised communities, launching major campaigns demanding “equality.” For critics, Nike’s crack down on MSCHF and Lil Nas X’s “Satan Shoes” runs conspicuously counter to its marketing mantras at a time when marginalised groups and their allies are more vocal than ever and a new civil rights movement is taking shape.

But Nike’s response to “Satan Shoes” may prove short-sighted for another reason, too.

For young consumers, brands like Nike are at the centre of the toolbox they use to craft and communicate their identities. Product customisation is a growing form of self-expression. It’s also a nascent form of entrepreneurship, not least for the legion of streetwear fans eager to follow in the footsteps of the polymathic Virgil Abloh who is more remixer than designer.

This is especially true in categories like sneakers and baseball caps, accessible symbols of status with engaged communities. And as new digital design tools and services enable more and more people to remix the products they love, both for themselves and for sale to others, it’s going to be increasingly difficult for brands like Nike to control what people do with their goods.

Nike was early to the customisation space, launching Nike ID back in 1999. The platform, which was rebranded Nike By You two year ago, allows everyday consumers to customise products including the Air Max 97 sneakers that MSCHF and Lil Nas X turned into their “Satan Shoes.” Consumers can customise their shoes with a range of colours and fabrics, but pentagram charms and drops of human blood are most certainly not on the menu.

At the other end of the spectrum, Nike routinely teams up with top designers and entertainers to produce the custom, limited-edition sneakers that help drive its marketing machine.

But as the difference between consumer and creator blurs, it’s surely more advantageous for Nike to focus on shaping, not just policing, the emerging market. Already the brand nurtures creators like Nicole McLaughlin, an upcycler who weaves Nike products into her designs.

Innovations like new customisation tools — even a marketplace for buying and selling remixed products — could give Nike some influence over the emerging space while creating opportunities to generate revenue. While satanism may be a tough pill to swallow at Nike headquarters, imagine if the next viral sneaker remix was a cause for celebration and not a court case. 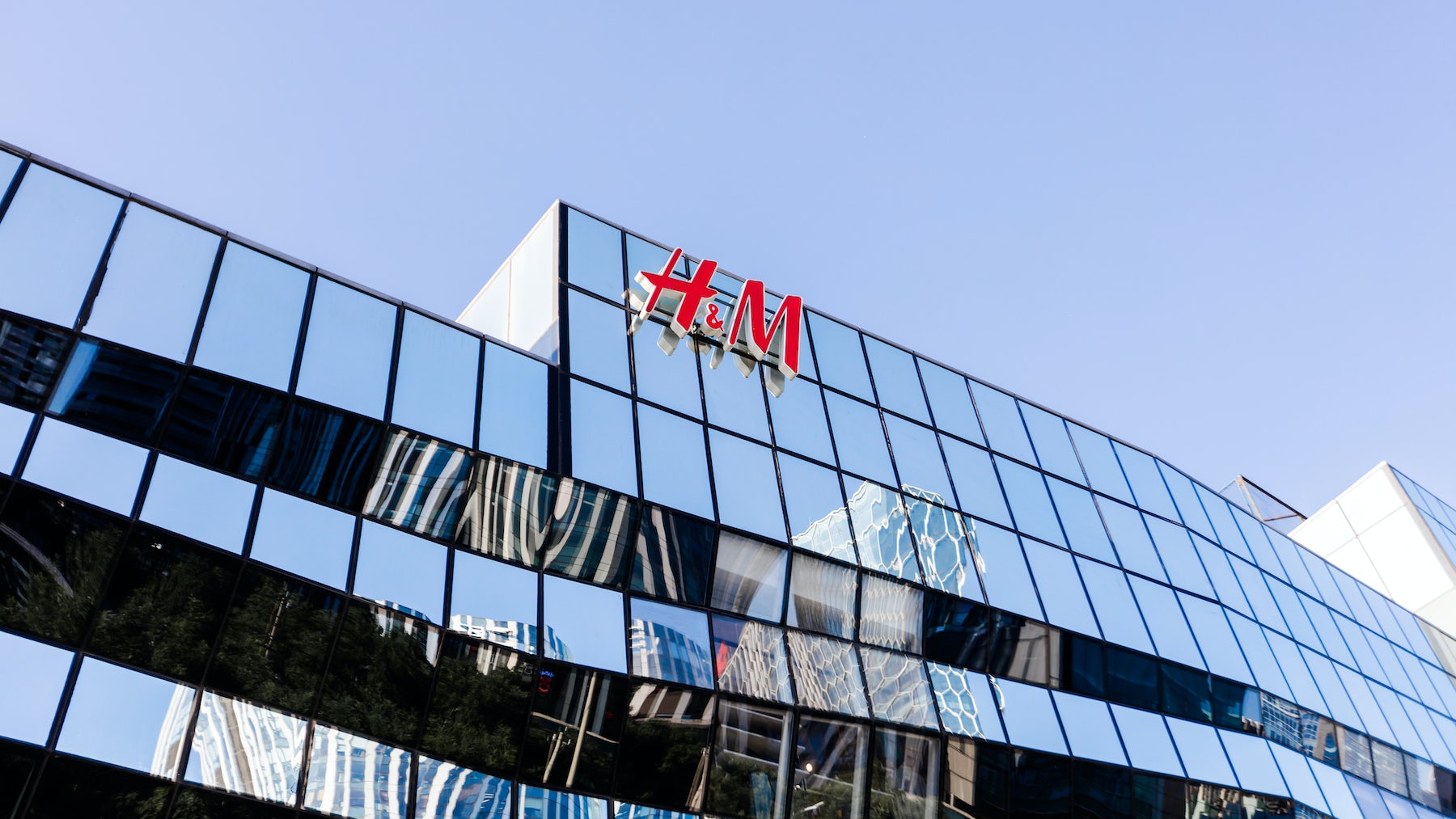 H&M swings to loss in Q1, pledges to rebuild trust in China. The fast fashion giant recorded a pretax loss for the December-February period of $159 million. The company also addressed the backlash it has faced in China over a statement made last year expressing concern about reports of forced labour in the western region of Xinjiang, saying it is dedicated to regaining the trust of shoppers in the country.

PVH fourth-quarter sales hit by lockdowns in Europe. The owner of Tommy Hilfiger and Calvin Klein said revenues fell 20 percent to $2.1 billion in the fourth quarter compared to a year earlier.

Tomorrow has acquired a “sizeable” minority stake in Charles Jeffrey Loverboy. With backing from the brand accelerator, Jeffrey aims to grow the label by offering more accessible price points, launching new categories like underwear and accessories and expanding in China and the US.

Investors press companies on human rights in Xinjiang. A group of religious and socially conscious investors and other funds are ramping up pressure on Western companies over alleged human rights abuses in China’s Xinjiang region.The group of more than 50 investors, backed by the Interfaith Centre on Corporate Responsibility, said it is in the process of contacting more than 40 companies.

Chinese factories raising prices on apparel and footwear. The rising costs of raw materials, coupled with ongoing supply-chain strains mean Chinese manufacturers are raising the prices of export goods, including apparel and footwear, according to a report in The Wall Street Journal.

Saul Nash, Bianca Saunders, Christopher John Rogers among 20 semi-finalists for LVMH Prize. The conglomerate created a digital platform to showcase the semi-finalists’ collections, which will be available on the LVMH Prize’s website from April 6 to 11. For the first time visitors using the platform will be able to vote for their favourite designer.

Alexander McQueen, Balenciaga confirmed fur-free. Animal rights advocacy group The Humane Society cited a March 25 report released by parent company Kering noting that, in addition to Gucci, which has been fur-free since 2018, these two houses are also refraining from using fur. 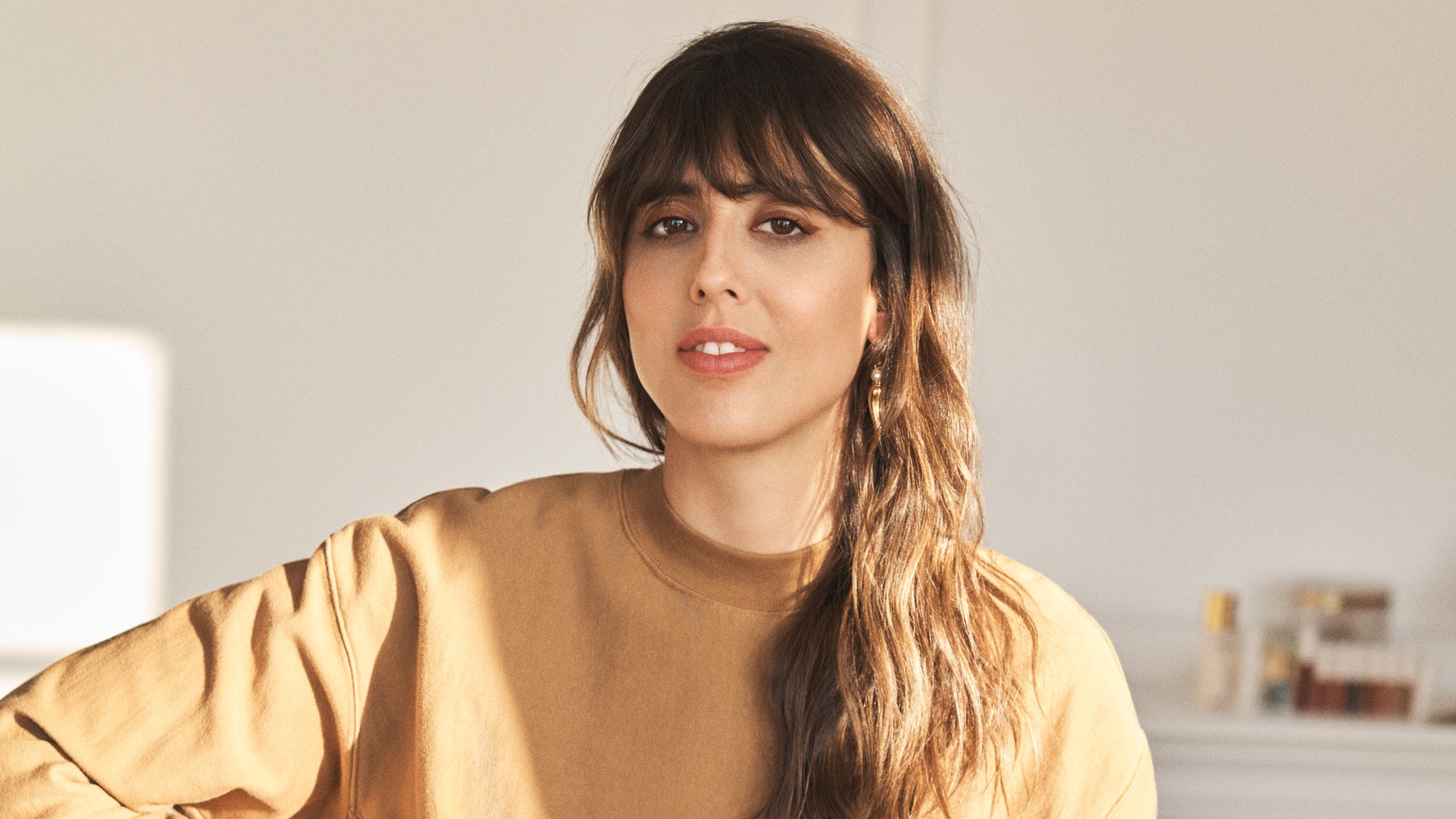 Makeup artist Violette Serrat is launching a brand. Backed by $2.75 million in seed funding, the YouTube star is debuting an 11-piece collection across six categories, including makeup, skin care and hair care, that aims to hit a sweet spot between Instagram face and ‘effortless’ beauty.

K-Beauty brand Hera goes global with US launch. The high-end skincare and makeup brand is popular for its lip products, which are frequently sported by brand ambassador Jennie Kim of Blackpink fame. From now on, its products will be made more accessible to US shoppers via Amazon, Allure reports.

Cardi B announces plans to launch hair care line. The rapper said that she has been working on her own range in an Instagram post. The announcement came amid a broader series of social media posts that addressed comments she received after showing off her natural hair.

Li Yuchun is the new face of YSL beauty. The androgynous songstress, also known by the English name Chris Lee, is the first spokesperson for the brand to come from China.

China may ban CBD beauty. Chinese authorities are soliciting opinions regarding a prohibition on cannabis-related ingredients for use in beauty products, according to a notice published on the National Institute for Food and Drug Control website. 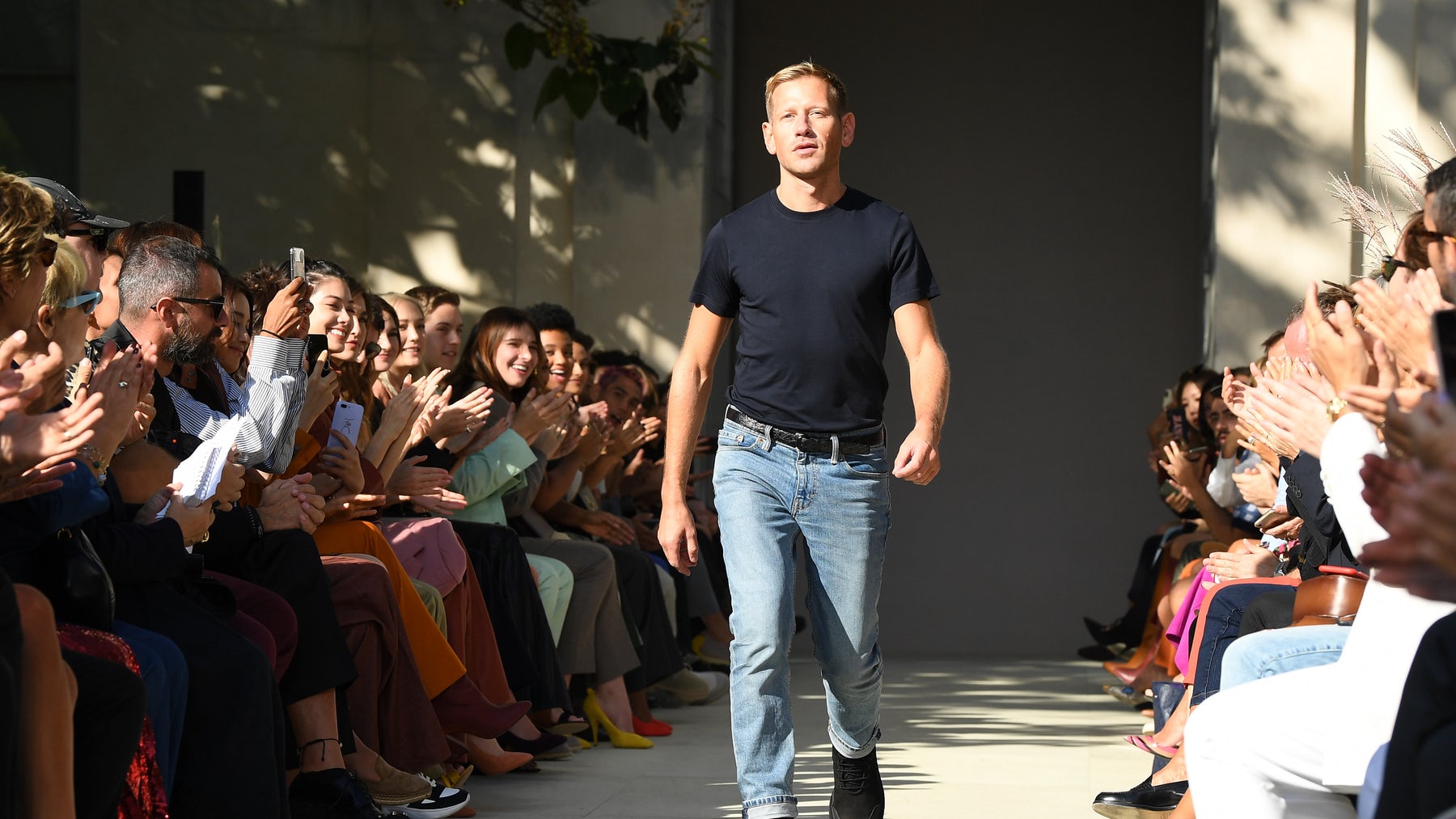 Paul Andrew is exiting Salvatore Ferragamo as part of a wider company shakeup. The designer will leave his post this spring. Chairman Ferruccio Ferragamo is stepping down from the brand’s board to be succeeded by his brother Leonardo.

Kleo Mack named Glossier VP of Brand. The beauty brand announced on Thursday Mack will be joining as the first in this new role, effective April 19. Mack is joining Glossier from L’Oréal, where she served as VP of corporate strategic marketing.

The Cut’s executive editor heads to Bustle Digital Group. Melissa Dahl joins the publisher of titles including Bustle, Nylon, Romper and The Zoe Report, as executive director of health and wellness effective April 5.

Son Ye-jin is Valentino’s new brand ambassador. The award-winning actress, who has starred in hit movies and TV shows including Crash Landing On You, is also the face of the luxury brand’s latest campaign. The move highlights luxury’s concerted efforts to woo Asian shoppers as demand for high-end fashion continues to shift toward markets like China, Japan and South Korea. 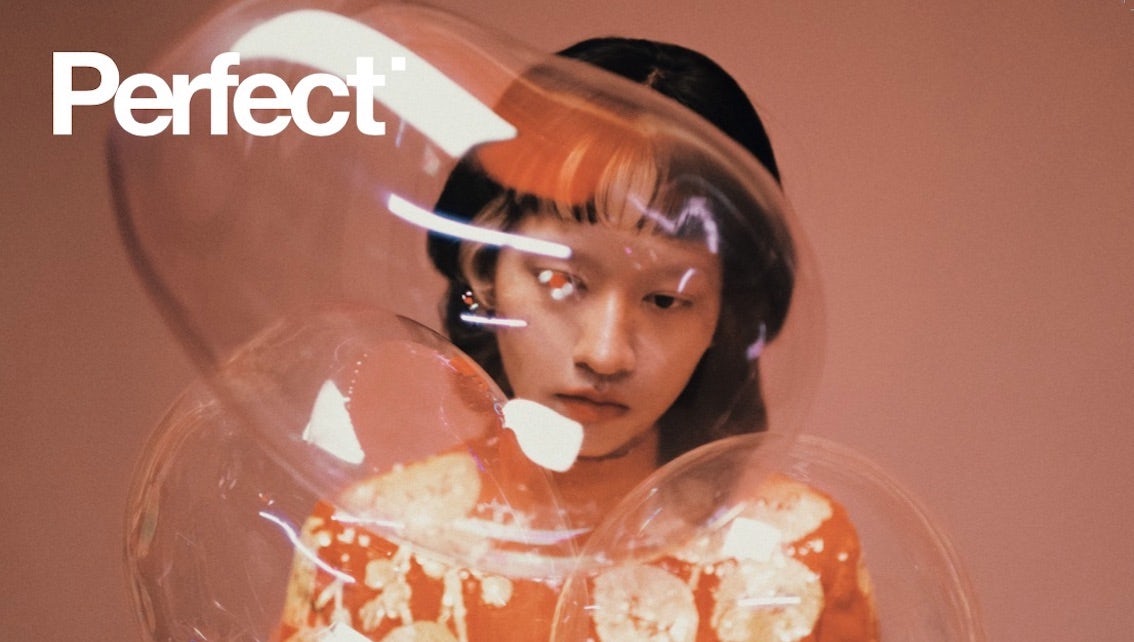 Gucci is the first brand to bet big on Katie Grand’s new ‘Perfect’ magazine. The debut magazine from the stylist’s new content agency is centred around an audio and visual project created with the Italian luxury mega-label.

Douyin launches flagship stores for brands. The Chinese version of short video app TikTok has launched flagship storefronts for brand accounts on its platform, in a new move to help it move further into the e-commerce space, according to a Dao Insights report. The stores promote new products, popular items, livestreams and the distribution of vouchers, which can be used both online or offline.