Will This Time Be Different for Neiman Marcus and J.C. Penney?

This week, everyone will be talking about fashion weeks in New York and London, the post-bankruptcy futures of Neiman Marcus and J.C. Penney, and sales updates from the owners of Zara and H&M. Get your BoF Professional Cheat Sheet.

Will This Time Be Different for Neiman Marcus and J.C. Penney?

This week, everyone will be talking about fashion weeks in New York and London, the post-bankruptcy futures of Neiman Marcus and J.C. Penney, and sales updates from the owners of Zara and H&M. Get your BoF Professional Cheat Sheet. 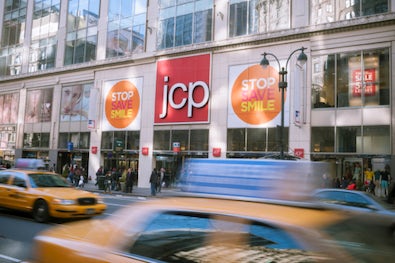 Two of 2020’s biggest retail bankruptcies may wrap up this week. Neiman Marcus will emerge from the process having shed $4 billion in debt, while J.C. Penney is now owned by two of its biggest landlords. It’s good news for the companies and their thousands of employees, particularly at J.C. Penney, which narrowly avoided following Lord & Taylor into liquidation. It’s bad news for Macy’s, Kohl’s, Saks and other department stores, which would have seen an influx of customers had their closest rivals been forced to close most or all of their stores. Neiman Marcus and J.C. Penney operate in different markets, but face the same problem of justifying to increasingly skeptical consumers why they need to make the trip to their local department store.

The Bottom Line: The trend of malls owning their most troubled tenants is the latest chapter in a story many expected to be wrapped up by now. It’s been conventional wisdom for a decade that there are too many stores competing for the attention of American shoppers, but there’s too much money sunk into brands and the malls that house them for investors, landlords and creditors to pull the plug. 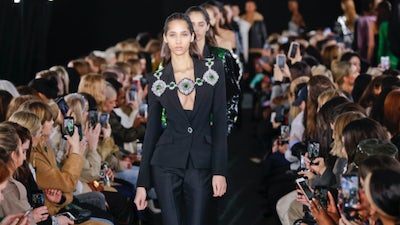 Fashion month has begun. Industry dreams of returning in force to the runway have run into the reality of the pandemic, with only a handful of designers staging any sort of physical presentation in New York, and London’s more-robust roster of shows limited by new rules capping gatherings at half a dozen attendees. (Brands may be able to get away with slightly bigger crowds if they meet government safety requirements.) The number of American editors and buyers traveling to Europe, and vice versa, is expected to be low.

Still, with wholesale retail in disarray and consumers spending far less on luxury fashion, brands need to find some way to connect with buyers and editors, and fast. This is a more pressing concern for the smaller labels that dominate the New York and London schedules; Prada may have had to adjust its fashion week format, but Miuccia and Raf won’t have any trouble generating interest for their first collection together.

The Bottom Line: Smaller brands that hope to survive this period are pinning their hopes on digital marketing to reach consumers and relatively untested digital platforms to reach buyers and editors. We’ll soon learn whether these strategies worked. 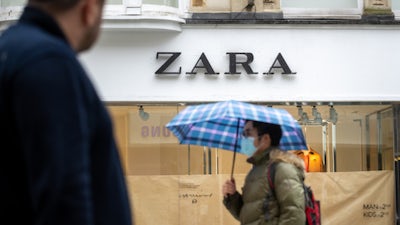 The owners of both Zara and H&M will give sales updates this week. | Source: Matthew Horwood/Getty Images

The pandemic has acted as an accelerant for the long-term trends reshaping the fashion industry, and many brands find themselves ill-equipped to handle a reality they thought would take years or even decades longer to arrive. Fast fashion's giants have had an easy time adjusting to the shift from officewear to loungewear; after all, they are set up to chase trends the moment they surface on Instagram. The owners of Zara and H&M said earlier in the pandemic they were confident that sales would quickly rebound. This week, we'll see if they were right.

Zara and H&M were also in the middle of digital pivots before Covid-19 touched off an e-commerce boom, though the jury was still out on whether those efforts were bearing fruit. Inditex's announcement that it would close 1,200 stores was an indication that the company expects a permanent shift in consumer behaviour.

The Bottom Line: Watch for whether these companies address the resale market, which has gotten a big boost during the pandemic. (Hennes & Mauritz's Cos brand launched resale earlier this month.) Though still small, sites that make it easy for consumers to buy and sell used clothes play a similar role in allowing budget-conscious shoppers to keep their closets fresh.