Chanel is joining the likes of Burberry and VF Corp in the booming market for sustainable bonds, but Chanel's bond comes with a hefty penalty if it doesn’t hit its green goals, making it a trendsetter.

Chanel is joining the likes of Burberry and VF Corp in the booming market for sustainable bonds, but Chanel's bond comes with a hefty penalty if it doesn’t hit its green goals, making it a trendsetter.

Chanel is popping up in unexpected places. The privately-owned luxury brand tapped public markets for the first time last week, issuing a $700 million sustainability-linked bond on the Luxembourg Stock Exchange. It’s not the only fashion company pursuing the strategy. VF Corp and Burberry have both taken on debt linked to environmental initiatives in the last year. And just this week, Adidas issued a €500 million (approximately $590 million) sustainability bond to fund environmental and social initiatives.

Fashion’s rising interest in green bonds reflects a broader market trend. Bonds designed to finance climate-friendly and social initiatives have exploded in recent years, as investors seek out ethical and environmentally responsible investments. The value of sustainable bonds issued globally hit a record of almost $100 billion in the second quarter of 2020, up 65 percent from the first three months of the year, according to credit rating and research centre Moody’s. Last month, Google-parent Alphabet launched a $5.75 billion sustainability bond, the largest such corporate issuance ever, according to the company.

While Chanel sits firmly at the top of the industry, fashion brands are entering the bond market as the coronavirus constrains more traditional financing routes, while simultaneously increasing pressure on companies to deliver on capital-intensive sustainability programmes. The industry is looking to other types of green financing too: Prada, Moncler and Ferragamo have all taken on sustainability-linked loans and credit agreements.

These types of bonds, in particular, are appealing for a number of reasons. For one, they’re hot right now, thanks in part to a boom in environmental, social and governance (or ESG) investing. Chanel’s bond issuance was “significantly oversubscribed,” according to the company.  Interest in Adidas’ bond issuance reached more than five times the issue amount.

“We’ve seen during the corporate crisis that ESG funds have outperformed and companies that have strong sustainability performance have outperformed,” said Elisa Niemtzow, vice president at nonprofit consultancy BSR. “The fact that this would be considered a hot investment is really no surprise.”

The fact that this would be considered a hot investment is really no surprise.

They’re also good marketing, shining a spotlight on companies’ sustainability initiatives and lending them additional credibility by putting money behind them. Just like investors, consumers are demanding companies behave in a more environmentally and socially responsible manner, making it increasingly important for brands to tout their green credentials. With the personal luxury goods industry estimated to contract anywhere from 35 to 39 percent in 2020, according to BoF and McKinsey’s State of Fashion Coronavirus Update, companies are eager to increase their value proposition however possible.

“The question among the luxury retailers will be how do we differentiate ourselves to ensure that we are putting our best foot forward with consumers,” said Emily Kreps, head of capital markets for the global environmental reporting platform CPD. Maia Godemer, a sustainable finance researcher at BloombergNEF, put it more bluntly, calling the bonds “a great marketing tool.”

There are green bond sceptics who argue some companies’ eco-friendly issuances are only marketing. While the debt instruments are intended to fund environmental projects, how those are defined can be extremely broad. There are guidelines, but these are largely voluntary. A range of third-party certifiers exist, including major credit rating firms like Moody’s and S&P, but these all have their own methodology. Green credentials can be hard to quantify and progress difficult to measure. Usually, there’s no penalty if companies fail to show measurable progress.

“There are definitely ways to greenwash this,” said Kreps of green bonds.

Adidas’ bond will be used for investments in sustainable materials, renewable energy sources and mentorship and funding for under-represented communities. Burberry outlined plans to use the funds for projects including more energy efficient buildings and expenditures surrounding recycled packaging materials.

Chanel’s sustainability-linked bond is an outlier in that it’s particularly strict, said analysts. If the company doesn’t meet a five-year target to become wholly reliant on renewable energy, it will pay a premium. That will increase if it fails to meet greenhouse gas emissions targets by the end of the decade. That makes it a trendsetter.

“[Chanel’s bond] is definitely both leading the fashion side but also leading the corporate side at large,” said Kreps. 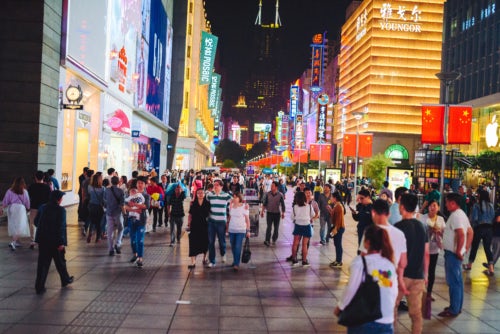 Luxury brands bank on a roaring China market. The economic uncertainty caused by the pandemic means high-end brands now depend more than ever on Chinese consumers for sales. Luxury spending is predicted to reach new highs in China as Chinese consumers are set to account for around half of all global spending on luxury brands in 2020, up from 37 percent last year.

Target to start holiday discounts in October with promotional two-day sale. The retailer also said it will expand Black Friday pricing for the whole of November, promising shoppers nearly one million more deals than last year. Target is holding its seasonal sales at the same time as Amazon’s Prime Day, which was pushed from July to October, in the hope of appealing to customers who are turning to online shopping due to the pandemic.

H&M to close hundreds of stores as online shift accelerates. The retailer aims to cut its store number by a net 250 next year, representing 5 percent of its current network. The company is doubling down on e-commerce channels as it adjusts its business for the pandemic. It’s proved resilient so far, achieving better-than-expected profit before tax of around two billion Swedish crowns ($229 million).

Boohoo shoppers undeterred by scandal. The ultra-fast fashion company boosted its outlook as its core customer base appeared unfazed by reports of poor working conditions in its supply chain. The company announced revenue of almost £450 million ($535 million) in the quarter ended August 31, an increase of 44 percent compared to a year earlier.

Harlem’s Fashion Row announces winners of $1 million grant backed by Vogue and the CFDA. The organisation, which supports designers of colour, has announced that a total of 27 designers will be granted access to the funds. The winners were chosen by a joint committee of industry executives.

Consumer confidence in US posts biggest gain in 17 years. Even with the outsize improvement in September, Americans remain downbeat about the current state of the job market and the coronavirus. The number of survey respondents who believe their incomes will increase reached a six-month high of 17.5 percent, though that remains lower than the 22.7 percent who said so pre-pandemic.

Hong Kong retail slide continued in August amid restrictions. Retail sales by value fell 13.1 percent from a year earlier to HK$25.6 billion ($3.3 billion), though this was a smaller decline than the 17.5 percent drop analysts had forecast. Hong Kong’s retail sales by volume also fell 13.4 percent from last year’s levels, but saw a slight improvement on the 23.8 percent decline in July. 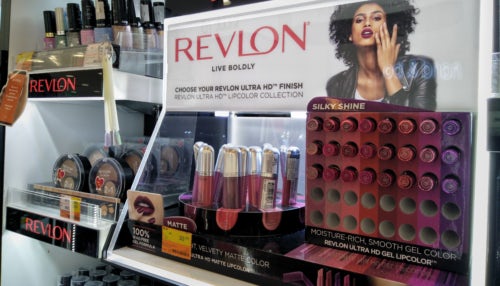 Revlon revisits debt exchange to buy time for turnaround. The cosmetics company issued a revised plan to exchange its 5.75 percent bonds due in 2021 after an earlier offer attracted almost no takers. Investors would get either cash or a combination of cash, term loans and second lien notes, including $275 in cash for every $1,000 of bonds they turn in.

Sephora expands racial diversity push through grant programme. The six-month incubator scheme will host eight to 12 founders whose products range from haircare to fragrance to skincare. The aim is to get the brands into stores and available to consumers, although Sephora did not publish the programme’s specific financial details. 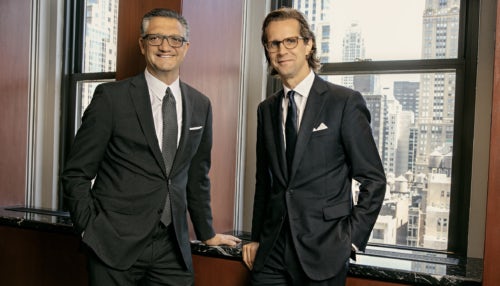 Stefan Larsson to replace Manny Chirico as PVH CEO. Larsson will step into the role from February 2021, while current CEO Manny Chirico, who has held the role since 2006, will remain as chairman of the board. Larsson, who will helm the company during a particularly challenging time for retail, was previously chief executive of Ralph Lauren between 2015 and 2017 before joining PVH as president last June.

Victor Glemaud unveils new network for Black creatives in fashion. The organisation, called In the Blk, offers members from all over the world mentorship, community and business resources. Members of the organisation so far include Virgil Abloh, Jason Rembert, Fe Noel, Omoyemi Akerele and Stella Jean.

Poshmark says it filed to go public. The resale platform had until now put off a potential IPO to focus on boosting sales and improving its execution. The number of shares and the price range for the IPO haven’t been determined, Poshmark said in a statement Friday.

Condé Nast opens tech centre in India to grow digital publishing. The Vogue publisher aims to amplify the digital capabilities of its brands and boost online revenues. By late 2021, the Condé Nast Technology Lab aims to employ over 300 people working across product, design and engineering. The Bangalore lab will focus on building content platforms for a range of brands including GQ and Architectural Digest.