This week, top political and business leaders from around the world descended on Davos, Switzerland, for the annual meeting of the World Economic Forum. On Monday, the IMF cut its forecasts for global economic growth this year from 3.4 percent in October to 3.3 percent, casting a cloud over the opening of the event, which organisers had hoped would focus on “stakeholder capitalism,” the notion that companies have a wider purpose beyond mere profit-making and delivering returns to shareholders.

On the agenda were a wide range of issues, from the rise of totalitarianism to the future of work to the artificial intelligence arms race between the United States and China. But by far the biggest topic of the week was the growing climate crisis that, on the first day of the event, was at the centre of a dramatic showdown between US President Donald Trump and Swedish climate activist Greta Thunberg, who reprimanded world leaders again at Davos this year for doing little to curb climate change.

UN Secretary-General António Guterres delivered a stark warning later in the week. “Humankind has declared a war on nature and nature is striking back in a very violent way,” he said, adding that humanity was “doomed” unless “big emitters” take action.

Humankind has declared a war on nature and nature is striking back in a very violent way.

The topic was certainly the principal reason why many more business leaders from the fashion world, including top managers like Gucci’s Marco Bizzarri, Ralph Lauren’s Patrice Louvet and Nadja Swarovski, came to Davos this year, as both consumers and government regulators ask increasingly urgent questions about fashion’s role in the climate crisis and chief executives awaken to the need to take action on the issue to diffuse mounting criticism and better connect with shoppers.

Back in November, Bizzarri issued an open invitation to chief executives across industries to join Gucci in its pledge to go carbon neutral by reducing its emissions and paying millions of dollars annually to offset those emissions that it could not eliminate from its supply chain. And this week, the Gucci chief came to Davos to appear on panels like “Business Case for Safeguarding Nature” and push his “CEO Carbon Neutral Challenge,” which was accepted by software company SAP, resulting in plenty of media-friendly pictures of Bizzarri and SAP co-Chief Executive Jennifer Morgan.

Gucci’s parent company Kering has made sustainability a key focus and, at the request of French President Emmanuel Macron, Kering Chief Executive François-Henri Pinault has spearheaded a “Fashion Pact” to reduce the negative environmental impact of what is one of the world’s largest and most heavily polluting industries. (Hermès, Chanel, Prada and others have since joined the pact, though LVMH, the world’s largest luxury group, has been relatively quiet on the matter and has not joined the Pinault-initiated pact).

Ralph Lauren’s Louvet also participated in several small and large roundtable discussions and bilateral talks in Davos, with a focus on sustainability and gender inclusion.

Getting senior fashion executives and sustainability advocates present in Davos for the first time was an important first step in addressing the fashion industry's role in the climate crisis, even if key players were still missing from the conversations. But the industry still doesn’t seem ready to face the elephant in the room: the fundamental tension between greater sustainability and a fashion business model that is rooted in overconsumption and obsolescence.

Last year, consumers bought 114 billion items of clothing, or nearly 15 new garments for every person on planet Earth, according to Global Fashion Agenda, an advocacy group. What’s more, by 2030, global fashion production is set to grow by 81 percent, and new materials innovators like Andras Forgacs of lab-grown leather start-up Modern Meadow, who was also in Davos this week, are simply not progressing fast enough to offset the environmental impact.

On Tuesday, Global Fashion Agenda issued an update to its “CEO Agenda” — a set of priorities for executives focused on reducing the industry’s environmental footprint — and led a roundtable on redesigning growth. The discussion was attended by the likes of Target, Ralph Lauren and PVH, which owns Calvin Klein and Tommy Hilfiger. But despite the surge in fashion leaders talking about sustainability and the need to drive real change in the way businesses operate, those open to actually rethinking fashion’s business model remain few and far between.

As new IMF chief Kristalina Georgieva warned attendees on Friday as the annual meeting was set to close, certain measures required to tackle the climate crisis will necessarily mean that some industries will be less profitable in the future. According to innovation platform Fashion For Good and Boston Consulting Group, also on hand in Davos, the fashion industry needs to spend more than $20 billion annually on sustainable innovation in new materials, processes, technologies, and business models to realise the necessary industry transformation. How quickly the fashion industry grapples with this fundamental mindset shift will be critical to the industry’s success in reducing its carbon impact. 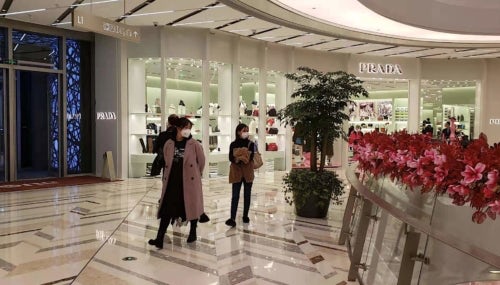 Luxury stocks hit on new China virus fears. $15 billion was wiped off the luxury sector's market value on fears the coronavirus outbreak could hurt sales. Chinese shoppers account for 35 percent of global luxury goods sales and 90 percent of last year's growth in the market. Such statistics illustrate the damage that could be done to luxury goods companies if health fears deter Chinese consumers from travelling or going shopping at home.

Balenciaga will return to haute couture. In July, the famed French fashion house will show its first couture collection since founder Cristóbal Balenciaga closed the atelier in 1968. The move underscores Balenciaga’s ambitions after several years of meteoric growth, driven by Creative Director Demna Gvasalia’s genius for disruption and meme-able hits. The brand crossed the billion-dollar sales mark last year, more than doubling its size in the course of just three years.

Cos undergoes executive shake-up. The head of H&M group’s second-biggest brand and two other senior executives are exiting in a challenging market. The brand’s star has recently faded as newer additions to H&M group’s stable of brands, like Arket, have begun to attract more attention. The reshuffle at Cos represents some of the biggest leadership changes since the brand was launched in 2007.

Ted Baker's balance sheet blunder worsens. An investigation by Deloitte found the British retailer's stock was overstated by £58 million, more than double its preliminary estimate. It is the latest in a string of setbacks in the last year, including profit warnings, a decision to suspend dividend payments, and management changes after misconduct allegations against Founder Ray Kelvin.

A ban on Vaporfly shoe could boost Nike's bottom line. The controversial shoe is said to give runners an unfair advantage due to high-tech carbon plate and foam sole technology. Debate has raged among athletes and commentators about whether the shoes should be allowed. But Nike is likely to capitalise on the controversy with amateurs hoping for more spring in their step.

Burberry faces Hong Kong slump. The British luxury brand saw sales in Hong Kong halve amid anti-government protests, while sales in Europe and mainland China increased. Hong Kong was a major market for Burberry and had previously accounted for 8 percent of sales. It has not closed any of its stores in the territory yet, but is taking steps to mitigate the impact, for example by reviewing rents.

British retail sales drop for fifth month running. Consumer demand in the UK is softening, despite low unemployment and modest inflation. Official data showed sales volumes fell by 0.6 percent from November, defying the median forecast for a rise of 0.5 percent in a Reuters poll of economists. Sales in monthly terms have not risen since July, the longest such run since records began in 1996.

Private equity firm Peninsula invests in Zadig & Voltaire. Current minority partner TA Associates will be exiting its investment in the Parisian label, while Zadig & Voltaire said it would remain majority-owned by its founder Thierry Gillier. The financial terms of the transaction were not disclosed. 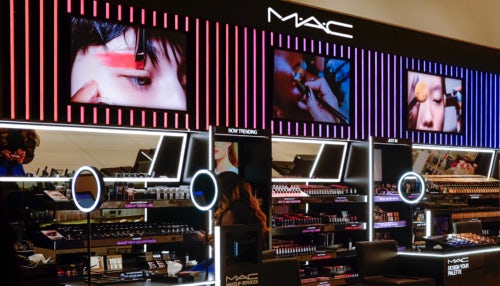 Brands are rethinking the standalone store. Mac Cosmetics, which has an entirely new leadership team for the first time since being acquired by Estée Lauder, is giving its retail format an update. The beauty brand will close six New York City stores to put greater reinvestment in remaining locations and focus on “experiences.” The move comes as standalone beauty stores face increasing competition from the likes of Sephora, Ulta and Amazon.

Luxury Brand Partners has raised $50 million. The incubator to beauty brands such as Oribe Hair Care and Becca has secured an investment from Bookend Capital Partners. The deal is part of Luxury Brand Partners’ plan for increased growth, which will include signing a roster of new brands. 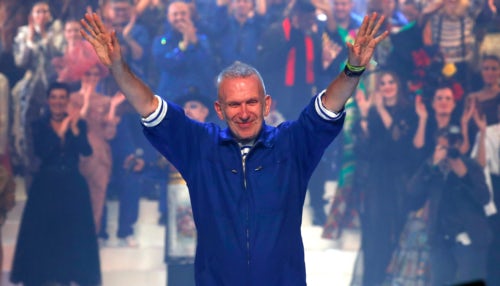 Jean Paul Gaultier says goodbye to the runway. The designer's Spring/Summer 2020 couture show was his last. Known as the “enfant terrible” of French fashion, Gaultier launched his business in 1982 and introduced his couture collection in 1997. In 2014, Gaultier dissolved his ready-to-wear label in order to focus on couture and collaborations, citing the hamster-wheel pace and aesthetic constraints of mass-produced collections.

Tencent to step up investment overseas and in smart retail. The Chinese tech giant announced in a rare disclosure that it will also pay more attention to payment platforms. Tencent has already invested in more than 800 companies, including 70 listed companies and over 160 are valued at more than $1 billion.

Asos beats sales forecasts. The online retailer's sales growth indicates that it has addressed operational issues after overhauling its warehouse and technology capabilities. The stock was up 11 percent after Asos, which sells fashion aimed at 20-somethings, reported a 20 percent rise in retail sales to £1.075 billion ($1.41 billion).