Get Out of China’s Coercive Cotton Fields

This week, claims that over half a million Muslims from minorities in China’s Xinjiang Uighur Autonomous Region are being forced to pick cotton widely used in the global fashion industry stunned consumers and stained major brands, highlighting longstanding traceability problems that must be solved.

Get Out of China’s Coercive Cotton Fields

This week, claims that over half a million Muslims from minorities in China’s Xinjiang Uighur Autonomous Region are being forced to pick cotton widely used in the global fashion industry stunned consumers and stained major brands, highlighting longstanding traceability problems that must be solved.

This week, new evidence that over half a million Uighers and other Turkic Muslim minorities are being forced by the Chinese government to pick cotton widely used in the global fashion industry made headlines around the world, startling shoppers, angering politicians and staining major businesses from American sportswear giants to French luxury groups, who were unable to guarantee their products weren’t tainted.

That large numbers of people from ethnic minorities in China’s Xinjiang Uighur Autonomous Region have been systematically detained and indoctrinated has been previously documented. But according to a new report by the Center for Global Policy, a Washington-based think tank, at least 570,000 people in the province, which produces 20 percent of the world’s cotton, are involved in the forced picking programme, far more than previously thought.

The sheer scale of the scheme, which feeds textile and garment production activities across Asia, makes it highly likely that many major fashion brands are implicated.

The Chinese government says the cotton-picking programme is part of a massive “poverty alleviation” campaign, though there is widespread evidence that it targets ethnic minorities who are coerced by the state into participating.

The idea of buying products linked to forced labour is intolerable to most fashion consumers, creating a major liability for the industry’s business leaders, who must rapidly extricate their brands from any association with the scheme.

Doing so won’t be easy.

First, there’s the complex and opaque nature of fashion’s supply chain, where brands and retailers depend on a shifting global web of suppliers and middle men for flexibility and the best price. Few source their raw materials directly, or are able to trace their supply chain back beyond their direct suppliers. Then, there’s the staggering volume of cotton produced in the Xinjiang Uighur Autonomous Region. As a result, it’s extremely hard for companies to know whether their products contain Xinjiang cotton even as the risk factor rises.

Nike, which has faced calls to cut ties with suppliers allegedly linked to forced Uighur labour, said it did not source products from Xinjiang and has asked its suppliers to confirm they were not using textiles or yarn from the region, but that “given the complexities of supply chains, the commoditised nature of cotton and the lack of reliable tracing technology, cotton traceability is a difficult, industry-wide challenge.”

But as the outcry grows, that may not fly with consumers and regulators.

In Uzbekistan, forcing students and public-sector employees to pick cotton for poor wages has been a long-standing problem. A boycott begun in 2006 by more than 300 North American and European companies — including Amazon, Calvin Klein, Adidas and Inditex — has led to a reduction in the practice, if not its eradication, and has helped to insulate international brands and retailers from reputational damage.

But participating companies remain unable to actually guarantee that their supply chains are free of Uzbek cotton, with the burden of tracing falling to suppliers, which are asked to ensure that, to the best of their knowledge, their products are not tainted.

Critics say brands and retailers must take direct responsibility for their cotton supply chains, and not simply shift the onus onto suppliers, investing in better tracing.

“There are plenty of gold standard certifications, such as GOTS and Fairtrade, as well as other blockchain and DNA technologies which will enable them to do this,” said Sarah Ditty, Global Policy Director at non-profit Fashion Revolution, adding that investment was the primary hurdle. “Money and will is what’s holding them back.”

In Xinjiang, fashion is likely deeply implicated. And yet the challenge this presents also offers companies a historic opportunity: to take a stand on a major ethical issue and do more to clean up their supply chains at a time when consumers are increasingly asking questions about where and how their clothes were made and the idea that companies have responsibilities to communities beyond their shareholders has gone mainstream.

This is a critical test that fashion must not fail. The world, as they say, is watching. 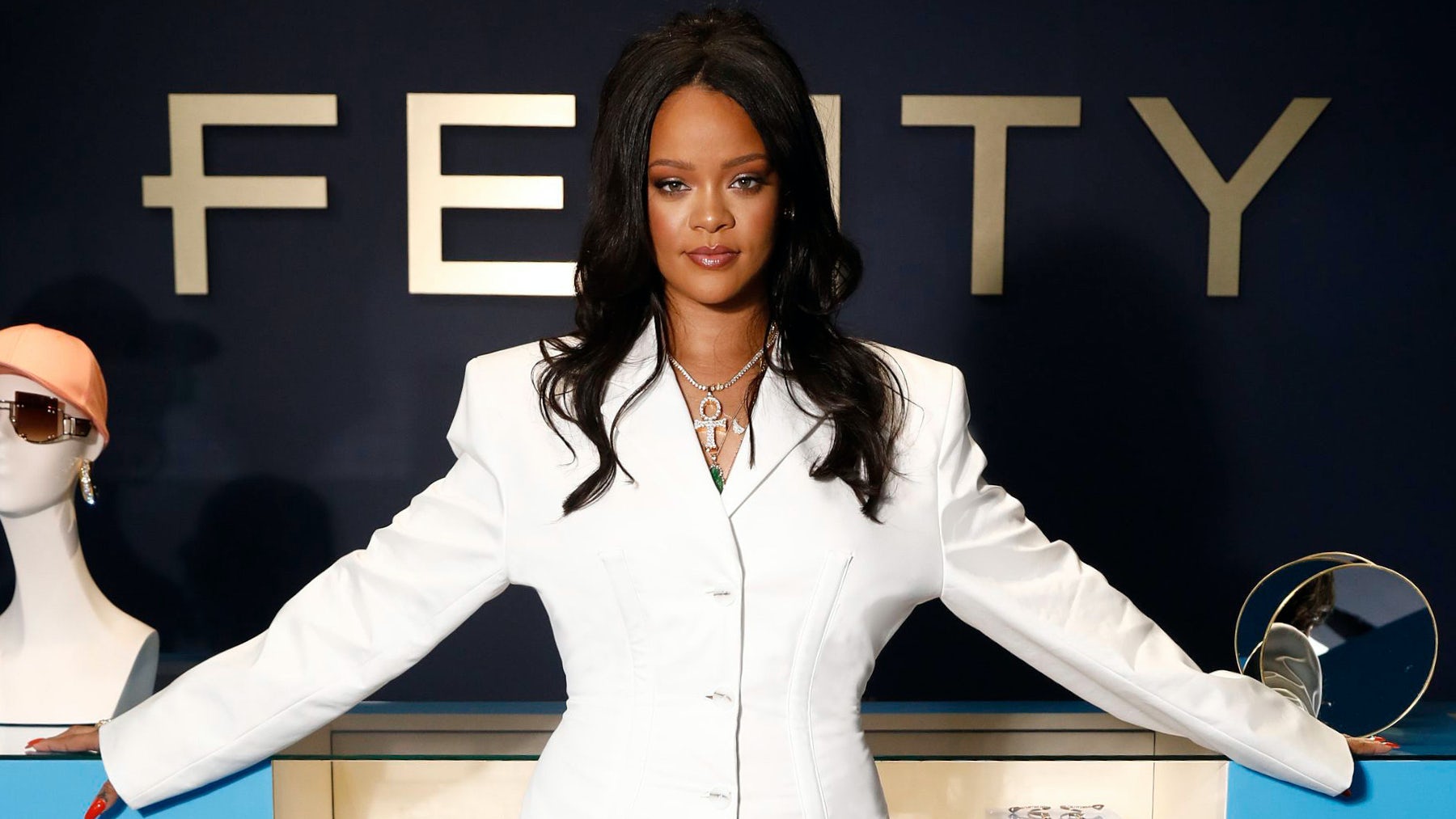 Report: Rihanna seeks $100M to scale Savage x Fenty. The singer-turned-entrepreneur’s inclusive lingerie brand has hired Goldman Sachs to spearhead the raise, sources told The New York Times’ Dealbook. The funds could be used to expand into Europe and break into new categories like activewear.

Kering confirms French investigation for possible financial crimes. After agreeing to a record €1.25 billion ($1.5 billion) tax settlement in Italy last year, the French luxury group is now being investigated by financial prosecutors in France. The inquiry “appears to be linked to the potential consequences” in France for the company’s use of a Swiss logistics centre, LGI, Kering said in a statement Thursday confirming the investigation. The company denied allegations of fraud reported in the media.

Report: Authentic Brands Group plotting double takeover of Debenhams, Arcadia. The licensing firm that counts Barneys, Brooks Brothers and Juicy Couture among its brands is reportedly in talks with the administrators of both stricken British retailers, according to The Daily Telegraph. It has competition from Mike Ashley’s Frasers Group, which said on Monday it was in negotiations to buy Debenhams from administrators and has also indicated interest in Philip Green’s collapsed Arcadia Group.

Inditex sales decline slowed before November knock. Sales fell 14 percent in the three months from August to October, recovering from a drop of 31 percent in the previous quarter, although store-based sales took a significant hit due to Covid-19 restrictions in November.

Adidas reviews strategic options for Reebok. The company acquired Reebok for $3.8 billion in 2006. Bloomberg reported that Adidas was exploring a sale in October, citing a person familiar with the matter.

China nearly doubled its overall share of the global luxury market in 2020. The luxury market in mainland China is expected to grow 48 percent to reach almost 346 billion yuan (around $52 billion) by the end of the year, according to Bain’s annual China luxury report released in partnership with Tmall Luxury Division.

Ruyi Group defaults on second domestic yuan bond. It hasn’t wired funds for coupon payment on a 1 billion yuan ($153 million) bond due Tuesday, according to a filing to the Shanghai Clearing House. The company cited tight liquidity for missing the payment.

JD Sports buys Shoe Palace for $325 million. The move will expand the company’s footprint on the US West Coast. Britain’s biggest sportswear retailer entered the US market in 2018. It said the deal would also increase its appeal among Hispanic and Latino consumers, who form a significant proportion of Shoe Palace’s customer base.

Bangladesh seeks to diversify exports. The country is one of the world’s largest apparel manufacturers, leaving it highly exposed to the slowdown in demand brought on by the pandemic. Now, it’s accelerating efforts to shift its exports away from ready-made garments — which currently account for more than 80 percent of the nation’s total exports — as it seeks to preserve its economic growth momentum, Finance Minister A. H. M. Mustafa Kamal said.

The Unilever offices in Rotterdam are built over an existing historical factory from 1891 and are designed by architect Chris de Jonge. Shutterstock.

Unilever’s stockholders will vote on new sustainability initiatives. The consumer goods company will unveil its climate and environmental plans for shareholder approval prior to implementation.

DHC Corp CEO under fire for racist remarks about Koreans. Some people in South Korea are calling for a boycott of the Japanese beauty company.

Trojan (yes, that one) gets into fragrance. The condom company is releasing three different scents aimed at a Gen-Z audience.

L’Oréal and the Makeup Museum are teaming up on a makeup book featuring BIPOC communities. The coffee table book takes a look at global beauty perspectives and practices.

Is Lady Gaga releasing a skincare line? There is speculation that she hinted it may be coming to her Haus Labs line.

Condé Nast elevates Anna Wintour, streamlines editors in major reshuffle. Edward Enninful, Will Welch and a handful of other deputies will set global or regional strategies for their magazines as the publisher consolidates its editorial operations.

Kim Jones will present his first Fendi couture collection January 27. The designer, who succeeds the late Karl Lagerfeld as artistic director of couture and womenswear at the LVMH-owned Italian fashion house, will show at the Palais Brongniart during Paris Haute Couture Week.

MatchesFashion appoints Natalie Kingham as global fashion officer. Kingham has a decade of experience at the luxury e-tailer, having worked as its international womenswear buyer and later fashion and buying director. In the newly created role, she will “define and lead the fashion point of view” for the retailer to better engage with its customers around the world. 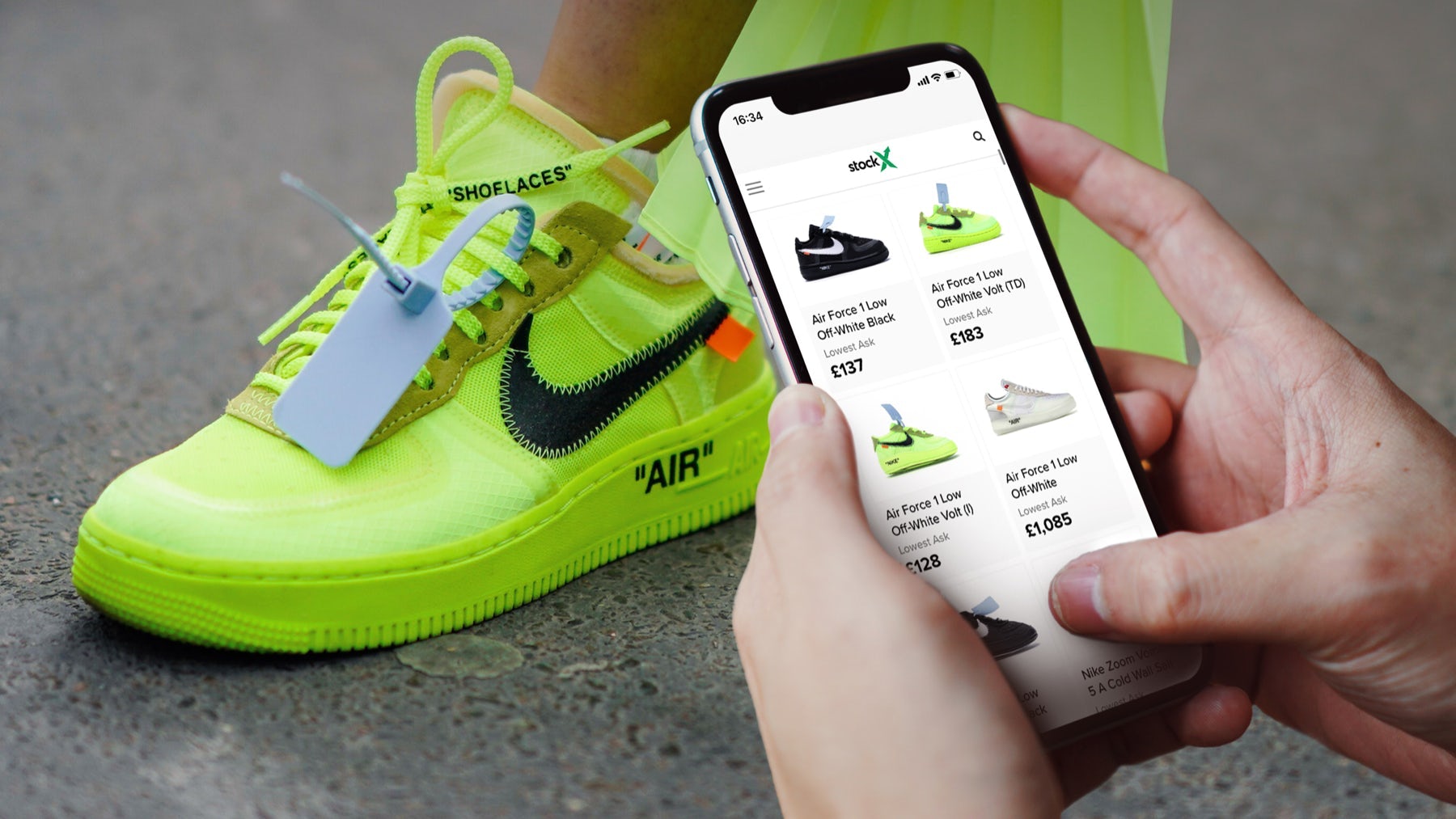 StockX valued at $2.8 billion after Series E funding round. The resale marketplace known for sneakers and streetwear raised $275 million in the round, with investors including Tiger Global Management and Altimeter Capital. The company has more than doubled its valuation from last year.

Gucci to Launch on Tmall as Kering and Alibaba Reconcile On Counterfeit Claims. The move marks a sudden shift, after years of Gucci’s parent company Kering clashing with the Chinese luxury marketplace’s owner Alibaba. It comes as Kering announces plans to drop a five-year-old lawsuit against Alibaba over alleged counterfeiting, with the two companies agreeing to establish a task force to protect Kering’s brands and utilise Alibaba technology to snuff out fakes.

Report: Affirm to postpone IPO. The buy-now-pay-later company planned to go public this month, but its plans could now slip until next year because it’s still working on clearance from the US Securities and Exchange Commission, people familiar with the matter told Bloomberg.