Is Fashion All Talk, No Action on Climate?

This week, everyone will be talking about fashion's role in fighting climate change, Colin Kaepernick's first sneaker for Nike and the UK general election. Get your BoF Professional Cheat Sheet.

Is Fashion All Talk, No Action on Climate?

This week, everyone will be talking about fashion's role in fighting climate change, Colin Kaepernick's first sneaker for Nike and the UK general election. Get your BoF Professional Cheat Sheet. 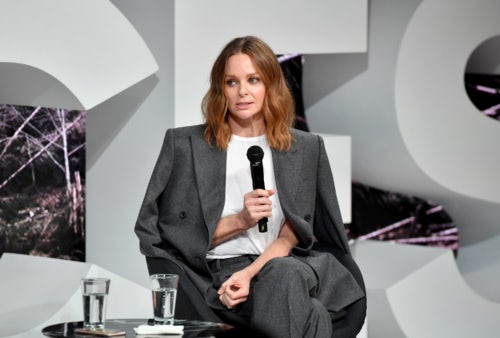 Stella McCartney announced the Fashion Climate Charter at BoF VOICES in 2018 | Source: Getty Images for The Business of Fashion

One of fashion's marquee efforts to tackle climate change turns one year old this week. The industry will be well-represented among the expected 25,000 attendees to the UN climate summit in Madrid. The charter garnered plenty of headlines when it was announced a year ago, and continues to gain signatories, including Ralph Lauren and Condé Nast in recent weeks. But the voluntary, and sometimes vague targets, which broadly mirror the Paris Agreement, to reduce emissions, risk turning the charter into another box to check rather than a true call to action. On Monday, the charter's steering committee will offer an update. Environmental activists, Extinction Rebellion among them, are running out of patience.

The Bottom Line:  The fashion industry has a glut of overlapping sustainability pledges, including a Kering-led sustainability pledge and individual targets set by LVMH and others. With no standard measure for success, and arguably no consequences for failure, progress will be uneven. 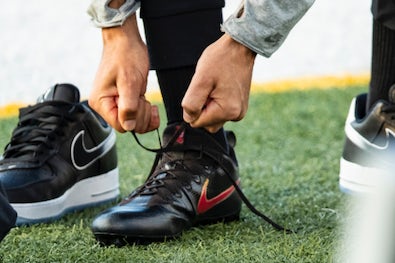 Colin Kaepernick was spotted at an NFL workout with sneakers from a yet-to-be-released Nike collaboration (left) | Source: Carmen Mandato/Getty Images

Nike’s alliance with Colin Kaepernick has produced an award-winning viral ad campaign and plenty of goodwill for both the athlete and the brand. But, aside from a limited-edition jersey earlier this year, very little in the way of product. That may be about to change. According to reports by Yahoo Sports, Footwear News and sneaker rumour blogs, a Kaepernick-branded shoe is set to drop sometime this month, possibly as soon as Dec. 11. Kaepernick was spotted wearing previously unseen black-and-white sneakers at an NFL workout last month. That event demonstrated his enduring appeal, as well as his status as a magnet for controversy. Nike is likely counting on both to drive demand for his shoes.

The Bottom Line: In addition to burnishing Nike's progressive credentials, the Kaepernick sneakers will add to the brand's considerable pipeline of high-profile drops, which next year will include Air Jordans designed by Dior's Kim Jones.

Brexit Heads Back to the Polls 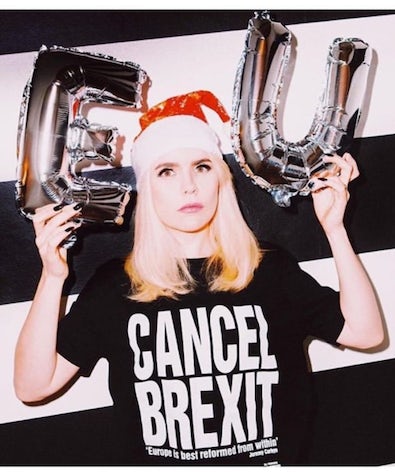 Brexit is about to come roaring back to the top of the fashion industry’s list of worries. The UK was spared a chaotic exit from the European Union in October after Prime Minister Boris Johnson secured a deadline extension and called for a general election. If his party wins a majority — and polls indicate he likely will — an exit deal could materialise quickly, potentially followed by a free-trade agreement. The stakes are high for the UK fashion industry, as the terms of Britain's EU exit will determine import and export duties and the availability of foreign labour.

The Bottom Line: The global climate has only grown more perilous since October. International fashion brands must also contend with intensifying clashes between pro-democracy protesters and government forces in Hong Kong, and new tariffs on US imports of some French luxury goods.