The world’s top climate scientists issued a stark warning on the rapid rise of global temperatures this week. BoF breaks down the key takeaways and explains what the industry can do about it.

The world’s top climate scientists issued a stark warning on the rapid rise of global temperatures this week. BoF breaks down the key takeaways and explains what the industry can do about it.

A resident shields himself from the heat of a forest wildfire in Pefki on Evia island, Greece, on August 8, 2021. Getty Images.
Sustainability
Share
1 Comment
BoF Professional Exclusive
By Rachel Deeley August 13, 2021 14:29

Against a backdrop of deadly floods, wildfires and extreme heat waves that have made some parts of the world virtually uninhabitable, climate scientists issued a stark warning earlier this week: The planet is rapidly headed for catastrophic levels of warming “unequivocally” caused by human activity.

Some changes are already irreversible; and unless things improve, and fast, it’s going to get much worse, according to a new report from the Intergovernmental Panel on Climate Change (IPCC), the United Nations’ climate research group.

The findings draw on thousands of scientific papers to provide a comprehensive overview of the causes and trajectory of climate change. Even in the best-case scenario, global temperatures are expected to continue to rise at least until the middle of this century.

The report concluded that humans have already heated the planet by around 1.1 degrees Celsius since the late 19th century and the rate of warming has accelerated in recent decades. Internationally agreed targets aim to limit the global rise in temperatures to no more than 1.5 degrees to stave off the worst effects of climate change. Without drastic, transformative action to slash greenhouse gas emissions, that level is likely to be breached within the next 20 years.

So what does it mean for fashion?

The report ratchets up pressure on the industry to demonstrate tangible progress in tackling its environmental impact. Studies have found fashion is responsible for anywhere between 4 and 10 percent of global greenhouse gas emissions, but the industry isn’t moving anywhere near fast enough to cut its footprint.

Earlier this year, the inaugural BoF Sustainability Index found that actions are lagging commitments, even within the industry’s most highly resourced companies.

“Many make it look as if the fashion industry is starting to take responsibility, spending fantasy amounts on campaigns portraying themselves as ‘sustainable,’ ‘ethical,’ ‘green,’ ‘climate neutral’ or ‘fair.’ But let’s be clear: This is almost never anything but pure greenwash,” teenage climate activist Greta Thunberg posted to her five million followers on Twitter this week, after gracing the first cover of newly launched Vogue Scandinavia.

The IPCC report sets the scene for a major gathering of world leaders, business executives and climate advocates in Glasgow in November. The Conference of Parties, or COP26, is a make-or-break opportunity to take action.

1. Secure a Seat at the Table

Top items on the agenda at COP26 include phasing out coal, protecting and restoring natural ecosystems and financing plans to achieve net-zero emissions. Global initiatives to take on these challenges will inevitably impact fashion, which is already facing mounting regulatory scrutiny.

Among the events due to take place over the course of the conference, the UN-backed Fashion Industry Charter for Climate Action will host a discussion on increasing climate ambition and goals. Designer Stella McCartney, who earlier this year told world leaders at the G7 that the industry needs stronger regulation and incentives to reduce its environmental impact, will be speaking at an event on the sidelines hosted by The New York Times.

Pursuing such engagement with policy makers and cross-industry stakeholders will become increasingly important for fashion if it is going to substantively drive down emissions. Government policies in consumer markets and manufacturing hubs will be vital to remove barriers like subsidies for fossil fuels and limited infrastructure for renewable energy sources that make it harder to decarbonise the industry’s supply chain.

The IPCC report makes clear that the window to avoid dangerous levels of global warming is narrow. Big fashion companies are setting increasingly ambitious targets to curb their emissions, though progress is less clear. One major challenge is that the bulk of the industry’s impact takes place in the supply chain, where brands have less direct control.

But expectations for the targets corporations should set are tightening. The Science-Based Targets Initiative, which guides businesses in setting emissions goals, will require targets to align with efforts to limit global warming to 1.5 degrees from next year.

Meeting more ambitious emissions goals will be expensive. It will also require greater collaboration between brands and suppliers to shift fashion’s manufacturing supply chain away from fossil fuels. Those relationships have been badly tested during the pandemic, highlighting how much work will be needed to forge partnerships to progress.

“There’s no way of getting around the fact that transitioning to a low-carbon supply chain is going to take investment and brands historically have not been willing to pay for that,” said Michael Sadowski, an independent sustainability consultant.

But the need for more spending isn’t limited to emissions reductions. Tackling the industry’s impact will require billions of dollars to develop and scale new technologies and new business models.

The good news is there’s a growing roster of promising solutions that range from regenerative models for farming to recycling innovations and biomaterials. Rental and resale, which hold out the prospect of an industry less focused on constant newness to drive growth, are also gaining traction. But companies need to start to commit beyond pilot projects and capsule collections and work with others both within and outside the industry to build markets and infrastructure that will support transformational change.

“Everybody’s just going to have to take a deep breath and start to make decisions that maybe, conventionally, 20 years ago would have seemed very risky,” said Laila Petrie, chief executive of sustainability consultancy 2050. “Now, I think if you don’t take the risk and start to pivot in earnest, you’re going to suffer, either through your consumer really being concerned about your behaviour, or [being] left behind when people jump on these new innovations.” 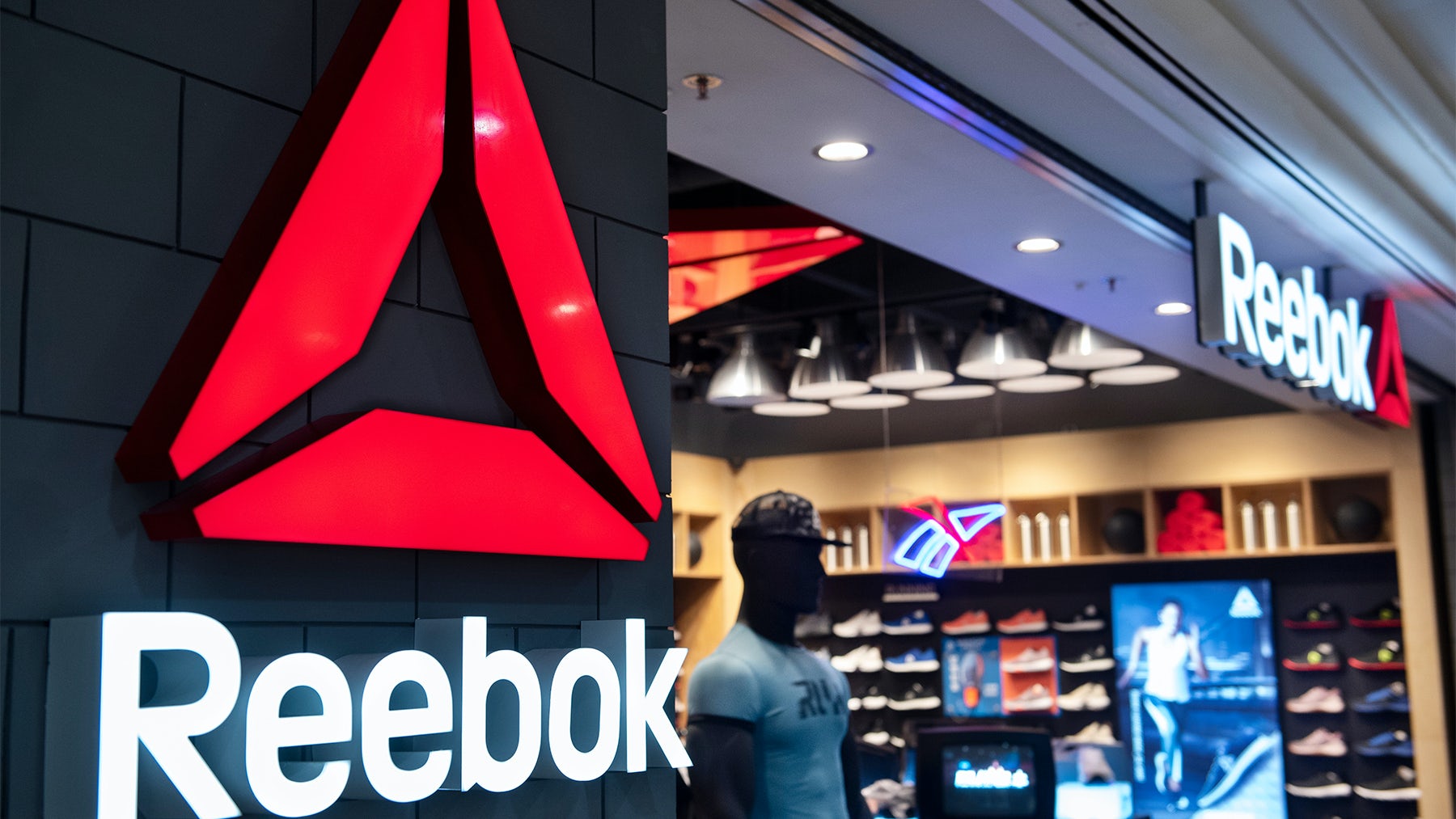 German sportswear maker Adidas has entered into an agreement to sell Reebok to Authentic Brands Group for $2.5 billion. Getty Images.

Adidas to sell Reebok to Authentic Brands Group for $2.5 billion. The German sportswear giant had been looking for a buyer for the smaller American athletic brand for months, as Adidas seeks to focus on its own turnaround efforts coming out of the pandemic. The sale price, though higher than a reported $1 billion bid from ABG in May, is well below the $3.8 billion Adidas paid for the brand in 2005.

Li Ning sees profit soar in first half. The Chinese sportswear giant’s more than doubled in the period to 1.96 billion yuan ($303 million), while revenue rose 65 percent year-on-year to 10.2 billion yuan ($1.57 billion). The recent growth has been fuelled by a boom in fitness-related categories in China and continued backlash against international brands for their stance on sourcing cotton from the Xinjiang region.

Canada Goose stokes investor alarm with shift in business model. The luxury parka maker is in the midst of a move away from third-party retailers and investors are uneasy. Its stock tumbled the most since the start of the Covid pandemic on Wednesday after it reported gross margin that was below expectations in the fiscal first quarter, even as revenue beat estimates.

Britain’s Boohoo to invest £500 million, create 5,000 new jobs. The brand has grown rapidly both domestically and abroad and is hoping the investment will help it continue the momentum. Earlier this year, Boohoo secured a new warehouse in central England that boosted its sales capacity and bought Debenhams out of administration. Its supply chain is also facing additional scrutiny, following allegations of poor labour practices at manufacturers last year.

L Catterton leads €100 million funding in Amazon aggregator SellerX. The Berlin-based start-up has bought more than 30 e-commerce brands that mainly sell on the world’s largest e-commerce sites. It plans to use the new cash from the LVMH-backed investment firm to double that number over the coming year.

Target announces next designer collaborators. The big-box retailer announced Monday that it had tapped four designers — Rachel Comey, Sandy Liang, Victor Glemaud and Nili Lotan — for its fall collection, which will debut in stores and online in September.

The Fashion Awards to return to an in-person event in November. The British fashion event will be held in Royal Albert Hall in accordance with UK government guidelines at the time. Winners will be determined by a panel of 800 members, with the voting period beginning in September. 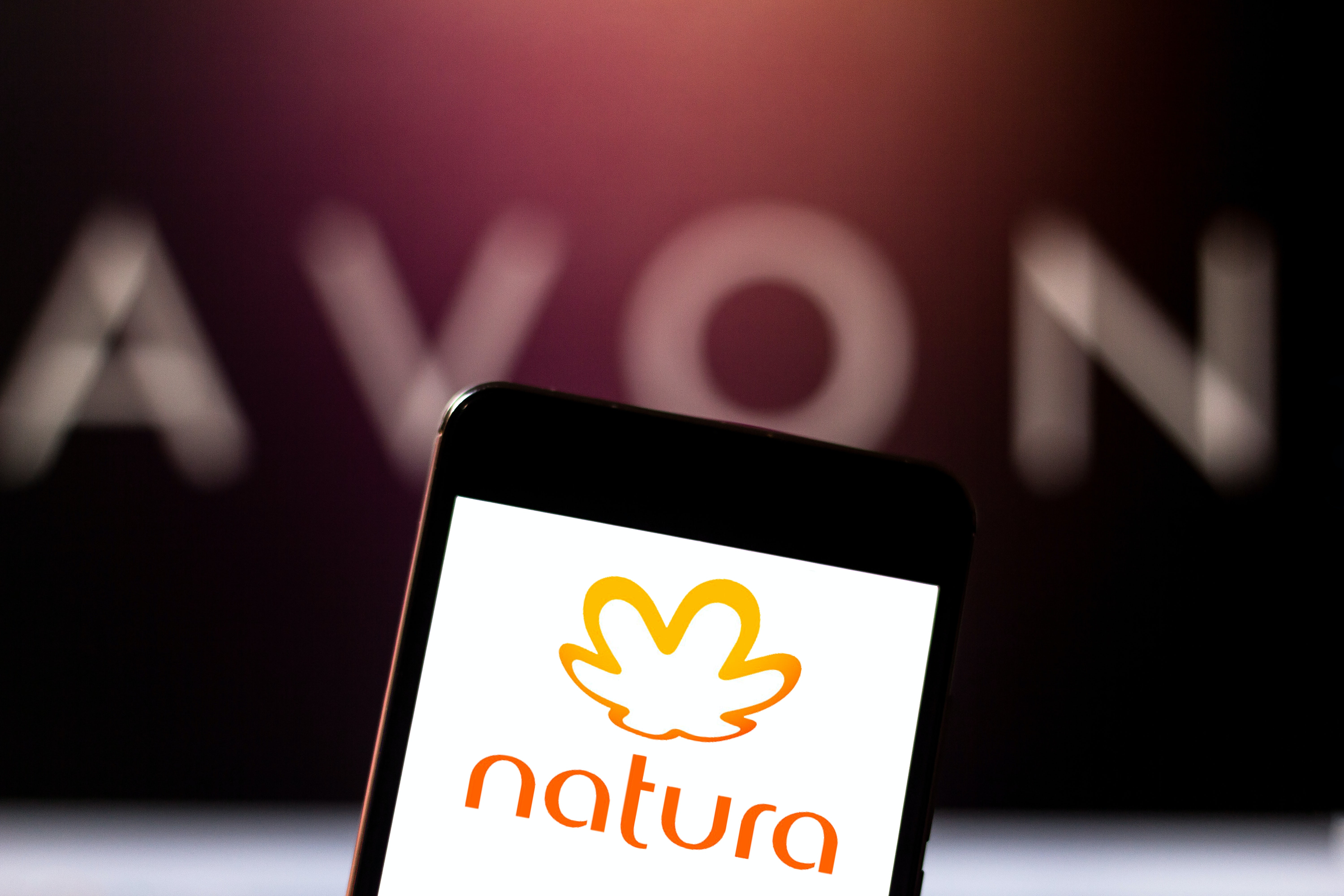 Avon, e-commerce bring Natura back to profit. The Brazilian cosmetics company, which owns brands including Avon and The Body Shop, reported a second quarter profit of 235 million reais ($44.7 million), reversing a loss from a year earlier. Performance received a boost from e-commerce and integration with Avon. Chief executive Roberto Marques said the company is on track to meet 2023 revenue goals.

Il Makiage acquires AI start-up. The beauty brand announced the acquisition of Voyage81, which owns patented technology that can be used to perform various types of analysis on skin and hair. It’s Il Makiage’s second technology acquisition, after it purchased data science company NeoWize in 2019. 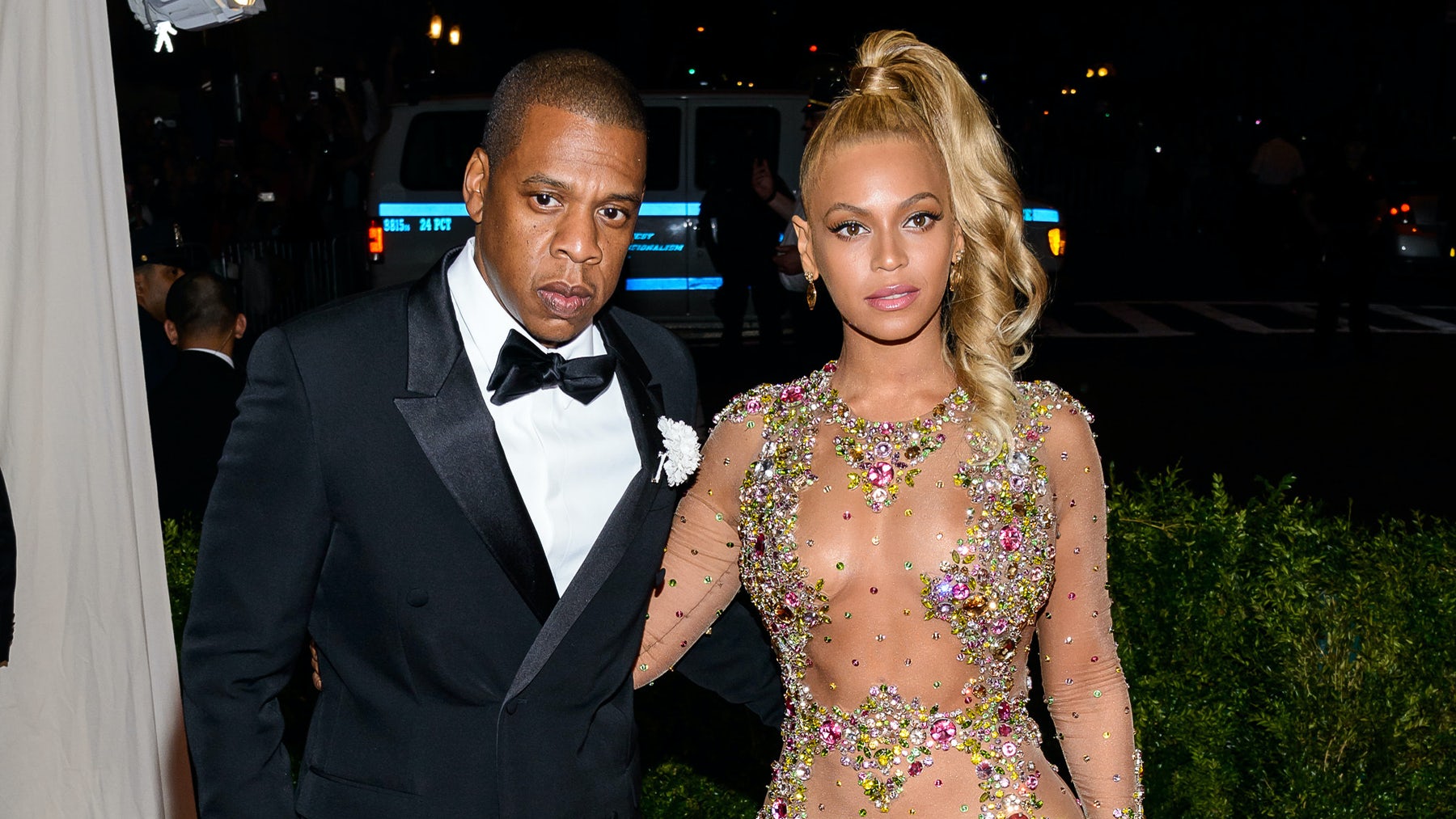 Beyoncé and Jay-Z named Tiffany’s newest ambassadors. The tie-up between the American jeweller and the two musicians comes in the midst of a brand refresh. The news was announced in the September issue of Harper’s Bazaar, which features Beyoncé on the cover.

Burberry names new chief commercial officer. The British luxury brand has appointed Gianluca Flore to the role, effective Sept. 1. Flore currently serves as the company’s Americas chief and its global head of retail excellence. He is set to take over from Gavin Haig, who is leaving at the end of the month after three years in the position.

Poshmark adds Salesforce executive Ebony Beckwith to board of directors. Beckwith is chief philanthropy officer at Salesforce, as well as chief executive of the company’s foundation. Her appointment to Poshmark’s board brings the total number of board members to eight. 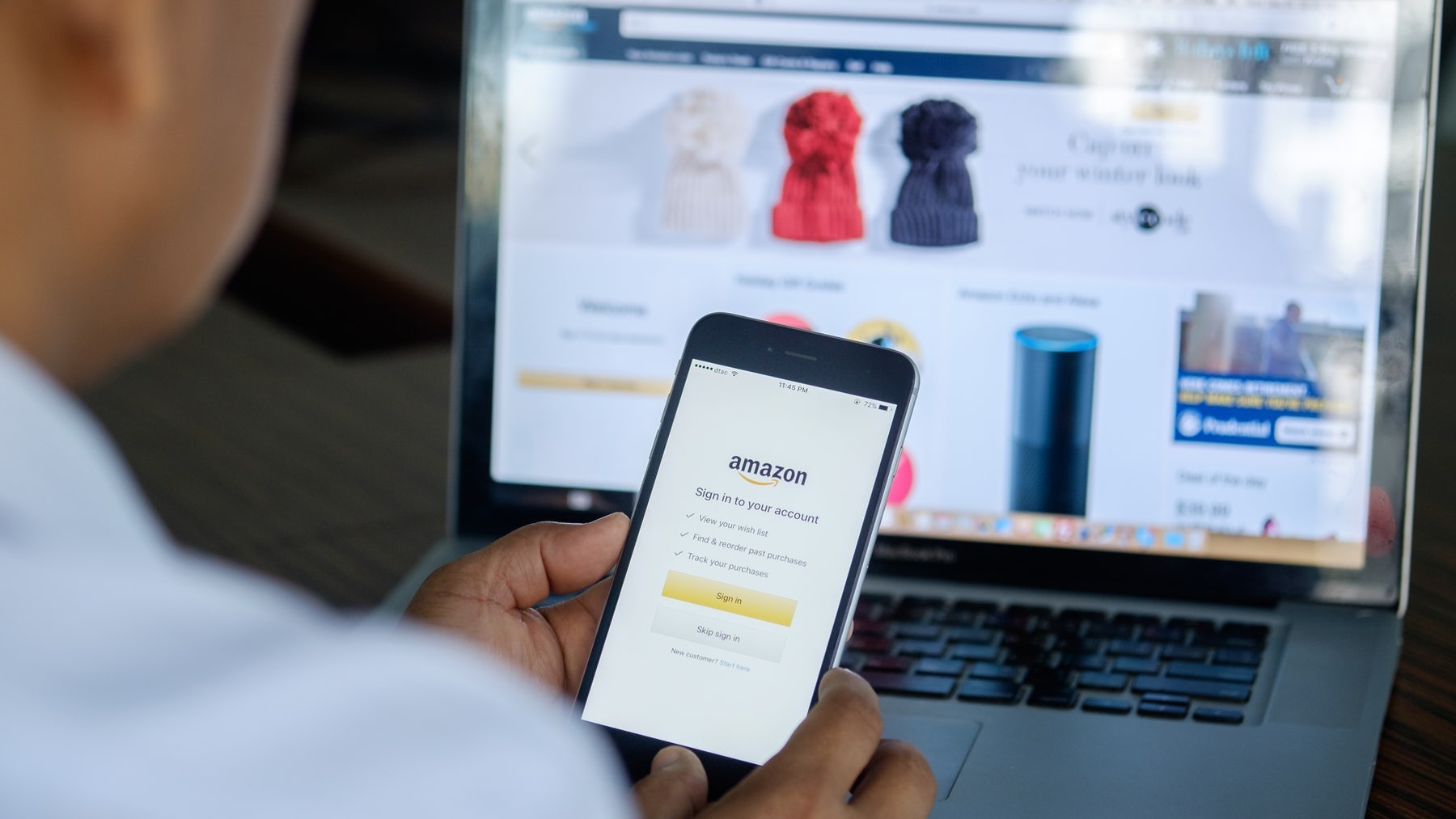 Amazon wins court battle over Ambani’s $3.4 billion retail deal. The win is the latest in a battle over Indian supermarket chain Future Retail Ltd. Both Ambani-owned Reliance Industries and Amazon are vying for control over the country’s $1 trillion retail market.

Poshmark warns of marketing hit from Apple’s ad tracking changes. The second-hand retailer forecast third-quarter revenue below estimates, as Apple enforced a privacy rule which requires developers to ask for permission when tracking users online and in apps, hindering its marketing efforts.

Instagram begins testing ads in Shop function. The new feature, which will roll out in the US first, is the latest sign that the social media app is inching closer to becoming a commerce platform.