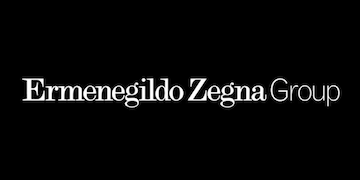 BASIC PURPOSE OF THE JOB
The Copywriter will be responsible for generating and delivering enganging global copy across a variety of channels - from marketing and communications channels to visual merchandising to product descriptions. The person will be the brand guardian with regards to copy, guiding both internal and external teams on how to write in the Zegna style and ensuring that excellent standards with attention to detail are retained at all times.

The Ermenegildo Zegna Group is a leading luxury menswear brand and one of the most renowned businesses in Italy. Founded in 1910 in Trivero, in the Biella Alps, by the young entrepreneur Ermenegildo, whose vision was to ethically create the world’s finest textiles through innovation and the sourcing of the noblest fibers directly from their markets of origin, the company is managed today by the fourth generation of the Zegna family with Gildo Zegna as CEO. Since the late 1980s, the company has implemented a comprehensive strategy of verticalization, creating a global luxury brand which now ranges from fabric to clothing to accessories, and is focused on retailing, pioneering early entry in emerging luxury markets, in addition to being the first luxury brand to open a monobrand store in China in 1991. In 2000 The Group established Fondazione Zegna, of which Anna Zegna is President, to manage the philanthropic activities of the Zegna family in support of organizations that work to improve society and the environment. In 2012 a new Ermenegildo Zegna project was launched worldwide: ZegnArt, an independent commitment focused on international collaboration in the field of visual arts and in February 2014, the Group announced the Ermenegildo Zegna Founder’s Scholarship, a 25-year project named for its founder with an annual investment in education of €1 million. In July 2014, to reach higher standards in its production, the Group acquired the majority share of the Achill wool farm, an Australian property located in the New South Wales region, where Merino sheep are bred. The purchase represents a decisive step for the Zegna company, reconfirming its longstanding support of the wool industry and completing its verticalization strategy.