This job is no longer available. See other jobs from Dice Kayek.

Dice Kayek was launched in 1992 by sisters Ece and Ayse Ege and over the past two decades has built a reputation for its carefully curated universe: one in which tradition combines with modernity; film, art and personal memories inform design; and architectural lines build strong, structural silhouettes. A modern take on couture, creativity, detail and craftsmanship underpin the Turkish heritage brand, which is based in Paris and became part of the Federation Francaise de la Couture in 1994. Since then, the brand has received industry-wide recognition, becoming the recipient of numerous accolades and awards and the subject of various cultural and fashion exhibitions. Most notably in 2013, Dice Kayek won the Jameel Prize 3, an international award for contemporary art and design inspired by Islamic traditions, for its Istanbul Contrast exhibition, hosted by the Victoria & Albert Museum. The result of such prestigious praise was the launch of fully-fledged couture collections; Woven Tales, Nocturne 54, Dollhouse and Winter Garden among those to come thereafter.

Characterised by its poetic spirit with just the right amount of eccentric narrative, Dice Kayek can equally be defined by its sophisticated and exacting execution; behind each collection there can be found the most detailed work, once again illustrating couture as a constant source of inspiration. Signature styles and techniques include handmade embroidery, the art of folding to create volume through construction, which is most apparent in its modern tailoring, and a unique approach to fabrications for contrasting materials.

Dice Kayek is stocked in 45 countries worldwide and is carried at 110 sales points. 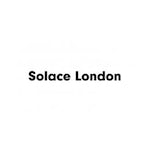 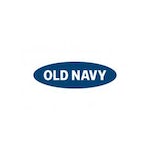