This job is no longer available. See other jobs from Dundas Worldwide.

The Ecommerce & Digital Marketing Manager will be passionate about all things digital and will be responsible for the trading of the Dundas Worldwide website. Reporting to the Commercial Director, you will be responsible for the delivery of the online sales plans through direct management of all digital marketing channels. You’ll be expected to deliver online revenue growth, increase customer acquisition, engagement and retention through innovative and strategic digital marketing initiatives and ongoing website optimisation. You will be confident with web analytics and continuously look for innovative ways to grow the online business. The Responsibilities:

Launched with Beyoncé at the Grammys in February 2017, Peter Dundas’ held his first solo show during Paris Couture in June 2017. The first collection was subsequently sold to several of the leading specialty stores worldwide and is already a well-established brand on the Red Carpet. Previously holding tenures at both Roberto Cavalli and Pucci, Peter Dundas has a clear and desirable brand DNA that cements him as one of the leading Creative Directors in the Fashion Industry with a strong following by both key industry figures and highly visible celebrity “Dundas Girls,” around which the key driver is editorial coverage and VIP Dressing. Based in London, the company culture is dynamic and entrepreneurial but with a strategic vision and a perception of a widely known, well established brand. The brand is headed by its two Founders, Peter Dundas and Partner Eve Bousis and Chief Executive Officer Sarah Crook, whose previous tenures included Stella McCartney and Christopher Kane. The culture of this fast-growing brand requires strong organisational skills, team players, good communication skills and a “Can Do” and 360 approach. 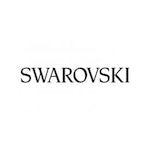 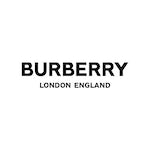