This job is no longer available. See other jobs from Emilia Wickstead.

Emilia Wickstead is offering one year placement and junior role for an enthusiastic and driven student undertaking their industry work placement. We are looking for a valuable team member who can fully integrate into the team and build up into a permanent role by the end of the placement. So if you are looking to gain experience within a busy, growing and successful brand, we would love to hear from you.

During this placement, you will be supporting the wholesale team and see first-hand the day to day running of the office. Assisting and taking part in the entire spectrum of sales ranging from back-end administrative and office responsibilities to front end wholesale coordination and fashion week travel. Other responsibilities include assisting in sales campaigns and e-commerce shoots, stock and sample handling etc. Therefore the ideal candidate for this role should be driven, hardworking and organised with the ability to multitask and work in an exciting and fast paced environment.

·     Proactive with a commercial mindset

·     Organised with great attention to detail

·     Have a good understanding of In-design and excel

Established in 2008, Emilia Wickstead has developed a clear point of distinction in its Ready-To-Wear collections, modern take and pace on Made to Measure, and immediate Made to Order offerings. Inherently feminine with a nod of old fashion couture, an instance on quality and unerring attention to detail.

British-based and New Zealand born, Emilia spent her formative years in Milan before gaining a Bachelors of Arts Degree in Fashion Design and Marketing at Central Saint Martin’s London with Honours in 2007. After graduating, Emilia worked at fashion houses in New York and Milan before returning to London to establish her own label in 2008. Originally commencing as a Made-to-Measure Atelier, Emilia’s collections now also include seasonal Ready-to-Wear and are showcased at London Fashion Week.

Emilia has received recognition from the beginning of her career including; winner of the WALPOLE Award for Brands of Tomorrow 2015; recieving an Arts Foundation Award for Patronage Donation from Gus and Irene Fisher in 2010; BFC Fashion Trust recipient 2014 and 2015; winner of ELLE Magazine’s Style Awards for Red Carpet Designer of the Year 2014; shortlisted for the WALPOLE Award for Best New British Luxury Talent 2015; the BFC/Vogue Fashion Fund in 2013, 2014, and 2015; British Fashion Award for New Establishment Designer in 2014; shortlisted for the Dorchester Collection Fashion Prize in 2013 and the Veuve Clicquot Business Woman Award 2015.

Emilia Wickstead is stocked in retailers globally including Net-A-Porter, Selfridges, Matches, Harrods and Moda Operandi alongside of her flagship store which opened in 2014, on London’s Sloane Street. 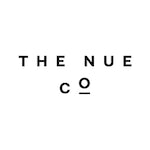 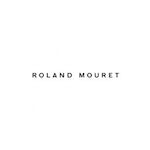 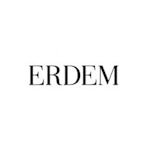 Weddings Are Changing. Can Designers Keep Up?

The Risks and Rewards of a Private Client Business