This job is no longer available. See other jobs from Erdem.

The Wholesale Assistant will be supporting the Wholesale Team on Key and Specialty accounts globally, reporting to the Wholesale Manager. This primarily office based role requires a team player with an eye for detail, eagerness to learn and who takes great pride in their work.

Ideal candidate will have:

Established in London in 2005 by Erdem Moralioglu, the eponymous ready-to-wear brand, Erdem, has come to be synonymous with versatile yet powerful femininity. Erdem trained at the prestigious Royal College of Art in London where he remained to launch the brand following his graduation. Known for his use of experimental textiles, vibrant prints, and detailed craftsmanship, Erdem has created a beautiful world of the delicate mixed with the bold.

Erdem is sold in over 200 of the most exclusive retailers, including Barneys New York, Bergdorf Goodman, Selfridges, Dover Street Market, Harvey Nichols, and Le Bon Marche.

Share with a friend
Erdem Learn more at the company page 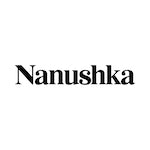 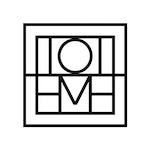