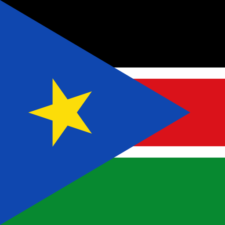 The South Sudanese refugee was the second black model in history to land the concluding bridal spot in a Chanel couture show and has scored five Vogue September issue covers.

Since signing an exclusive with Saint Laurent for the Spring/Summer 2017 show, Adut Akech has become one of the industry’s faces to watch. She is a muse for Valentino's Pierpaolo Piccioli , has become a mainstay at global fashion weeks and has appeared on multiple covers for international Vogue September issues.

Born in South Sudan, Akech was raised in Kenya and moved to Australia, aged six, with her mother and five siblings as South Sudanese refugees. Despite being scouted by local agencies aged 13 and 14, she started her modelling career at 16, signing to Chadwick Models in Sydney, Australia.

After modelling in local fashion shows and at Melbourne Fashion Week, Akech was cast exclusively by Saint Laurent and walked the Spring/Summer 2017 show, subsequently signing to Elite Model Management in Paris. Akech has since walked for brands including Valentino, Dior, Givenchy and Versace and  shot campaigns for Fendi, Moschino, Saint Laurent, Valentino, Versace, working with renowned photographers Steven Meisel , Inez & Vinoodh, and Tim Walker . Akech has also appeared in editorials of various international editions of Vogue as well as i-D, Dazed and Numéro magazine, among others. She was the second black model in history to land the coveted bridal spot in a Chanel couture show, closing the house’s Haute Couture Autumn 2018 show.

She was featured in the 2018 Pirelli Calendar, shot by Tim Walker and styled by Edward Enninful and sits on the Hot List on models.com, which features the most in-demand newcomers in the business. In 2018 Time recognised her as one of the “25 Most Influential Teens of 2018” and in December 2019 she won the “Model of the Year” award at British Fashion Awards in London.

The Future of the Modelling Industry