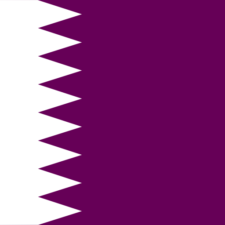 He oversaw some $60 billion worth of investments for his nation’s sovereign wealth fund, including stakes in Harrods, Tiffany and LVMH.

As chief executive of the Qatar Investment Authority, Ahmad Al Sayed oversaw all operations of the Arab nation’s large sovereign wealth fund, including its diversified investment portfolio operated through Qatar Holding LLC. In December 2014, Al Sayed stepped down from the role, which was taken up by Qatari royal Sheikh Abdullah bin Mohamed bin Saud al-Thani.

Founded in 2006 as the fund’s global investment arm, Qatar Holding has acquired equity stakes in banks, prominent real estate and a number of luxury brands, including Tiffany.

Prior to his appointment as chief executive of the investment authority in July 2013, Al Sayed served as chairman and managing director of Qatar Holding for over five years. He spearheaded the fund’s luxury investments and oversaw the $2 billion acquisition of luxury department store Harrods in 2010 and the acquisition of a one percent stake in LVMH, making it the sixth largest shareholder in the luxury goods group.