Pioneering the fast fashion movement in the mid-70s with the launch of Zara, Ortega’s innovative retail strategy — rapid response to trends and consumer demand — has turned Zara into a global retailer boasting over 1,700 individual storefronts in 86 countries. Through Inditex Group, Ortega Gaona oversees over 6,000 stores around the world. According to Forbes, Ortega Gaona is the wealthiest retailer in the world and worth $69.1 billion as of 2019.

Ortega Gaona first ventured into retail in his early teens, working as store assistant at Gala, a local shirtmaker and tailor located in his town of A Coruña. In 1963, Ortega launched his own manufacturing company Confecciones Goa S.A., forming sewing cooperatives with local women and offering fast production turnaround. In 1975, with the business growing steadily and having acquired several factories in Spain, Ortega opened his first store in A Coruña, just a few blocks from where he worked as a teenager.

By the early 80s, Zara had expanded to several cities in Spain and in 1988, following the formation of Inditex, Ortega opened his first store in Portugal, followed swiftly by New York and Paris. The group began adding to its retail portfolio with Pull & Bear in 1991 and by 2000, it was distributing more than five different clothing chains in over 30 different markets.

Initially a family-run business, in 2001 Inditex began trading publicly on the stock market, with Ortega Gaona as majority shareholder. In 2011, Ortega stepped down as chairman and chief executive, but remained as an official advisor to the board. Beyond retail, Ortega has investments in two main funds: Pontegadea Inversiones and Pontegadea Inmobiliaria. 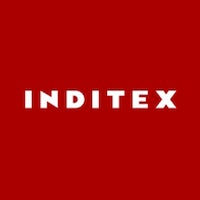