Antoine Arnault is transforming an Italian footwear business into an upscale menswear brand and taking charge of communications at the conglomerate.

Antoine Arnault is the chairman of Loro Piana, chief executive of Berluti and head of communications and image at LVMH.

Arnault was appointed chairman of Loro Piana in December 2013. The appointment came after LVMH, the company his father  Bernard Arnault controls, purchased 80 percent of the luxury cashmere retailer. Arnault was "expected to take up a managerial position at Loro Piana after playing a pivotal role in LVMH’s €2 billion ($2.73 billion) acquisition of the company in July, according to a person familiar with the situation," reported Bloomberg at the time.

Antoine's first chief executive role was at Berluti, charged with recasting the luxury shoemaker into a global luxury menswear label, a role in which he continues. Arnault began his career at LVMH in 2005, working in its advertising department. In 2007, he was appointed director of communications at Louis Vuitton, a role that would see him launch the "core values" campaigns featuring unexpected international figures, including Mikhail Gorbachev and Muhammad Ali, as well as Angelina Jolie and Bono. In 2011, Arnault launched "Les Journées Particulières," an opportunity for enthusiasts to enter the hallowed ateliers of LVMH’s design and accessories houses and witness the craftsmanship of their artisans.

In June 2018 he was named head of communication and image at LVMH, charged with managing the growing attention’ in the company from the media and public, in addition to his two current roles.

Arnault is often forced to justify his accelerated ascension through the company. Describing himself and his sister Delphine, Arnault says simply, "We work hard. We were raised with real values about the importance of work and respect for the people.”

Antoine Arnault sits on the board of LVMH, alongside his father and his elder sister Delphine Arnault. He lives in Paris with his partner, model Natalia Vodianova .

Head of Communication and Image 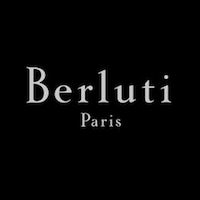