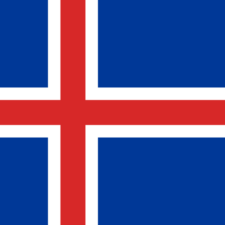 Aslaug Magnusdottir is an Icelandic businesswoman and entrepreneur. She is the founder direct-to-consumer brand Katla this week, and also co-founded Moda Operandi, which she departed in 2013, and Tinker Tailor, which ceased operations in 2015. Named one of the 100 Most Creative People in Business by Fast Company, Magnusdottir came up with the concepts for Tinker Tailor and Moda Operandi while working with fashion designers in New York.

A former McKinsey consultant and executive at flash sale company Gilt Groupe, Magnúsdóttir was the driving force behind Moda Operandi, which she co-founded in 2010 as a members-only, ‘pre-tail’ site, offering customers early access to runway looks from luxury fashion brands including Marc Jacobs and Proenza Schouler .

Aslaug Magnusdottir was born in Reykjavík, Iceland to parents Magnus Sigurdsson and Rakel Valdimarsdottir. She has one brother, Sigurdur R. Magnusson. Magnusdottir grew up in Los Angeles and Reykjavík, and attended college at the University of Iceland where she studied law. Magnusdottir received a Fulbright Scholarship and returned to the U.S. to attend the LL.M program at Duke University. She then got her MBA from Harvard Business School, the first Icelandic woman to do so.

Magnusdottir began her career in Iceland where she was a corporate and tax attorney at Deloitte. After completing her graduate studies, she moved to London where she was an engagement manager at McKinsey & Company . She first became involved in the fashion industry while helping to run a modelling agency during college. She started her professional career in fashion at Baugur Group, an investment company focused on the fashion and retail sectors. During her time at Baugur, Aslaug spearheaded a number of investments in early stage fashion brands.

In 2006, Magnusdottir relocated from London to New York, and joined Marvin Traub Associates as a Vice President. In 2007, she partnered with the former Bloomingdale’s CEO and retail legend, Marvin Traub, to form an investment company, TSM Capital, which invested in designer brands such as Rachel Roy and Matthew Williamson. Aslaug later worked with actor and jewellery designer Waris Ahluwalia as President of his label, House of Waris Fine Jewelry. In 2009, Aslaug joined Gilt Groupe to head merchandising for Gilt Noir.

In 2009, Magnusdottir came up with the idea for Moda Operandi, a business that lets consumers pre-order items directly from the runway. She shared the concept with Lauren Santo Domingo , and, together, they co-founded the company. On May 18, 2013, it was reported that Magnusdottir left Moda Operandi after raising $36 million investment from venture capital firms.

In 2013, Magnusdottir came up with the idea for Tinker Tailor, a business that lets consumers customise designer clothing or design their own. She co-founded the business with Matthew Pavelle, Gabriel Levy and Cleo Davis-Urman.

What to Do After the Founder Leaves

‘Big Quick Wins’ Are Not the Answer in China, Says Moda Operandi CEO