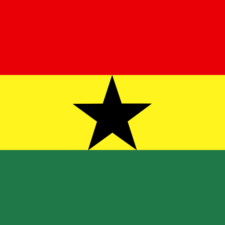 The former Supreme design director and his wife founded the label Noah to combine their talents for clothing and interior design, while emphasising the importance of sustainable products and practices.

Husband and wife Brendon Babenzien and Estelle Bailey-Babenzien relaunched clothing brand Noah in May 2015. The brand, originally founded in 2002 by Babenzien, was relaunched with a greater sustainability focus. What began as a pop-up shop grew into its New York flagship and three other locations in London, LA and Tokyo.

Former long-time design director at Supreme, Babenzien designs the clothing, while Bailey-Babenzien designs the interior architecture and spatial experiences of the brand’s retail spaces. The duo place great emphasis on being a responsible brand, leading by example with sustainable practices.

Babenzien spent 14 years as design director of Supreme, including a brief hiatus to launch Noah in 2002. He returned to Supreme in 2006 and finally left to relaunch Noah in 2015. The Long Island native adopted Supreme’s rolling drops at Noah, introducing products weekly, rather than seasonally, and putting into practice the see-now-buy-now concept, which luxury designers were only just experimenting with at the time.

Bailey-Babenzien is an interior designer whose passion blog Dream Awake became a fully-fledged design studio to house her multi-disciplinary creative projects in music, fashion, interiors, consultancy and art direction. Born and raised in the UK, and of half Ghanaian decent, Bailey-Babenzien graduated with a BA in Fashion from Central Saint Martins and moved to New York in 1999. Her creative work on Noah’s interior aesthetic is ongoing — the stores change seasonally and in the Tokyo store, everything is for sale.

Babenzien and Bailey-Babenzien live in New York with their daughter Sailor.