The Turkish textiles magnate grew a family business into one of his country's largest fashion and home goods department stores.

Cem Boyner is a Turkish businessman in the textile industry, owner of department stores, and for a short time, a politician.

He was born in Istanbul to Osman Boyner, a textile industrialist from Tosya. After graduating from Robert College, he studied at Boğaziçi University and earned a bachelor's degree in business administration.

In 1978, he was appointed the chairman of the board of the family-owned textile company Altınyıldız and of the Boyner department stores, which have expanded across Turkey with 119 stores and 5,800 employees as of 2017. Currently, Boyner is the chief executive of Boyner Group — which also encompasses e-commerce company Morhipo.com and Hopi, a mobile shopping companion working with AI on personalised shopping — and chairman of upscale department store chain Beymen.

He is chairman of Beymen, which began with the launch of a contemporary menswear label in 1971. Over the subsequent years, Beymen has expanded beyond its Istanbul roots to become a 86-store network in Turkey, and developed an international presence through two further locations in Iraq and Egypt. Although its own label still accounts for 20 percent of the company’s revenue, Beymen has evolved into a multi-brand proposition, seeking to provide destination shopping for a wide variety of consumers.

Cem Boyner was previously married to Ayle Bilgün Sazak, the daughter of the assassinated politician Gün Sazak. From this marriage, he had three daughters: Emine and twins Elif and Ayşe. Cem Boyner’s second marriage was to Ümit Nazlı Alpay, with whom he had a son, Murat. 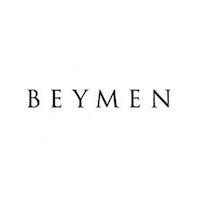