Sneakerboy founder Chris Kyvetos is an upstart purveyor of luxury sneakers who built a retail model for the digital age that blends the tactility of a physical store with the efficiency and freshness of the internet. In March 2019, he was named buying director of menswear at Mytheresa , tasked with building a new menswear team and developing a market strategy for the category.

An acclaimed menswear buyer and creative director, Chris Kyvetos helped revamped luxury department store Harrolds, one of Australia’s leading menswear retailers. Appointed to the role of creative director in 2010, Kyvetos ushered in a new generation for the ageing store, traditionally known for its formal suits and daywear, introducing contemporary menswear labels from designers such as Rick Owens , Stefano Pilati and Raf Simons . Kyvetos also introduced casual wear from niche urban brands such as Naked & Famous, Maison Kitsuné, Deerdana and Gold Bunny and, through collaborations with young brands such as Chronicles of Never, introduced specially produced capsule collections that were exclusive to the store.

In January 2013, Kyvetos announced his departure from Harrolds. Kyvetos completed his studies up to secondary level at Marcellin College in Melbourne, where he graduated in 2000. He secured a job soon after as an assistant buyer at Cose Ipanema, a high fashion retailer stocking brands such as Dries van Noten and Yohji Yamamoto . Kyvetos began working as a store manager in Sydney-based high fashion boutique Assin shortly after. During his eight year tenure there, Kyvetos helped establish a thriving menswear section stocked with edgy international brands such as Maison Martin Margiela, Lanvin and Kris Van Assche . 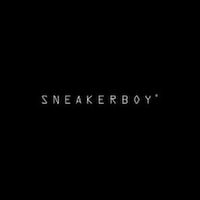