The French designer’s signature red soles have catapulted his glamorous creations into the highest strata of luxury footwear.

Christian Louboutin is one of the world’s most well-known shoe designers; the red soles of his designs have become synonymous with luxury and celebrity. Louboutin now sells over one million pairs of shoes a year. The company sells in approximately 150 department stores and self-branded boutiques in over 35 countries. The first dedicated Louboutin menswear store opened in New York in 2012.

Louboutin grew up in Paris. As he spent his time sketching shoes rather than studying, he was reportedly expelled from three schools. Although he is not formally trained, he attended Académie d'Art Roederer to study drawing and decorative arts. Having run away as a teenager to Egypt and India, Louboutin returned to Paris with a portfolio filled with sketches of fantastical heels.

After approaching all of the major couture houses with his portfolio, Louboutin started his career at Charles Jourdan, one of Paris’ and the world’s most respected shoemakers. Louboutin left Charles Jourdan to work as a freelance designer, working for Chanel, Yves Saint Laurent  and Roger Vivier.

Christian Louboutin opened his first store in Paris in 1992; his red-soled shoes, handcrafted in Italy, were soon taken up by Hollywood actresses and Paris’ fashion establishment. The designer believes that his shoes have the ability to "make a woman look sexy, beautiful, to make her legs look as long as [he] can."

The designer has collaborated with the likes of Alexander McQueen, Lanvin, Victor & Rolf, Roland Mouret , and Jean Paul Gaultier . Louboutin designed the sandals for Saint Laurent’s final runway collection, which eventually led to a legal battle regarding trademarking over the red soles of the shoes. In 2014, Louboutin launched a beauty line and signed a beauty license with Puig in 2018. 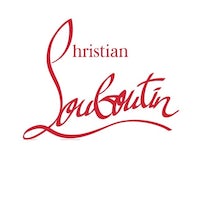 Designers, Creatures of the Wind