Christine Beauchamp is the SVP Consumer Categories, North America at Amazon. She was appointed to this role in 2021 after four years at Amazon. Prior to this role she was the president of Amazon Fashion from June 2017, taking the reins of the e-commerce giant’s fashion division as it continues to steal market share from fashion players and ramp up its data-driven private labels.

Beauchamp began her career in 1992 as an analyst at Goldman Sachs and consultant at the Boston Consulting Group, where she remained until joining L Brands as senior vice president of commercialisation in 2003. She eventually rose to chief executive of Victoria’s Secret Beauty.

In 2008 she left L Brands to head up Ann Taylor as brand president, and later became a founding partner at private equity group Protea, a New York-based private equity fund which invests in a curated portfolio of small- to mid-sized new luxury lifestyle fashion brands. Beauchamp was tapped as global brand president for the brands Lauren, Chaps, American Living and Ralph for the Ralph Lauren  Group in 2016, and re-joined BCG in 2016 as senior advisor.

In May 2017, Beauchamp began her tenure at Amazon as she was hired to head up Amazon as president of Fashion. Since her appointment, the e-commerce player has partnered with Calvin Klein for a series of pop-ups, launched several trend-driven private labels, including Goodthreads and The Fix, and rolled out tech-driven features like Prime Wardrobe and Echo Look. In 2021 Beauchamp was appointed as the SVP Consumer Categories, North America at Amazon.

Beauchamp has a degree in Politics from Princeton University and an MBA from Harvard Business School. She formerly served as a member of the board of directors of Step Up Women’s Network, a US non-profit organisation dedicated to connecting and advancing women and girls, and a member of the executive committee of Angel Vine VC. 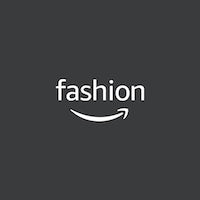 What Makes a Great Fashion CEO?