Christopher Suarez co-founded womenswear brand Ssōne in 2018 and serves as the director of the business.

As the business brains behind the commercial success of Nicholas Kirkwood, Suarez oversaw the young label’s meteoric rise as one of the industry’s most celebrated luxury footwear brands favoured by the likes of Rihanna, Sarah Jessica Parker, Mary-Kate and Ashley Olsen. In September 2013, it was announced that luxury goods conglomerate LVMH had taken a majority stake in the label.

Suarez was born in New York, and studied history at NYU. In the early 2000s, Suarez stumbled on Nicholas Kirkwood 's booth at Première Classe, a Parisian accessories tradeshow, and the two formed a partnership, wherein Suarez co-foundd and became the CEO of the brand in 2005. The brand quickly gained recognition for the Central Saint Martins alumnus, Nichola’s Kirkwood’s architecture-inspired geometric aesthetic, and it’s incorporation of unconventional materials such as shaved stingray and rubberised suede. Following its commercial success that took the label to New York, into a partnership with Rodarte, a Swarovski collaboration and an enviable amount of fashion awards, the brand caught the attention of LVMH in 2013. Behind the brands rise, Suarez implemented the retail strategies that have seen the Nicholas Kirkwood label launch standalone stores in London, New York and Las Vegas.

In 2013, the brand also launched an e-commerce platform with worldwide shipping.

Just after the brand marked it’s 10-year anniversary, Suarez announced his departure from the company. His post was taken up by Sophie Brocard, SVP of fashion ventures at the LVMH group in the interim. 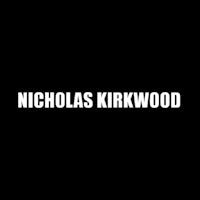