In November 2019, shortly after her departure from Barneys New York, Daniella Vitale was tapped by Tiffany & Co . to serve as executive vice president and chief brand officer.

As the chief executive of Barneys New York, Daniella Vitale was in charge of overseeing the American chain of luxury department stores as it adapts to the digital age. Since joining Barneys in 2010, Vitale is credited for the brand’s e-commerce division growing tenfold, as she oversaw the store’s digital portfolio and merchandising structure. In 2017, it was announced she would be succeeding her mentor Mark Lee as the first female chief executive of the department stores.

While studying at LIM College , Vitale worked for Montaldo’s, a buying office for a chain of stores. She was subsequently hired by Salvatore Ferragamo as a merchandise manager assistant, and then moved to Giorgio Armani where she took on the role of vice president of wholesale.

Her next stint was at Kering-owned Gucci in a similar capacity. Vitale then went on to become chief executive of the Americas operations, working alongside her mentor Mark Lee.

She was hired by Barneys New York in 2010 as chief merchant and executive vice president, and promoted to chief operating officer in 2013, in charge of all women’s merchandising, business development, digital strategy and store operations.

It was under her leadership that the modern luxury specialty store made a $200 million investment to overhaul its physical store network, opening a number of retail spaces, including a 58,000-square-foot store in New York's Chelsea neighbourhood.

Upon the purchase of Barneys New York by the private equity firm Perry Capital in 2012, Lee designated Vitale as his heir apparent, and put in place a succession plan that saw her take the helm in February 2017. Amid recent department store struggles to counter the rapid rise of e-commerce and rent costs, Barneys was reported to be fighting bankruptcy. Despite this, the department store raised $75 million in new capital by August 2019, and filed for reorganisation under Chapter 11 of the US Bankruptcy Court for the Southern District of New York that would see the store close retail locations in Chicago, Seattle and las Vegas. It was also announced that the retailer would be opening stores in New Jersey and Miami, Florida. 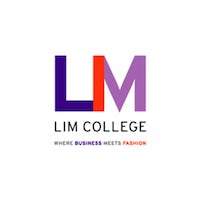