Street-savvy clothing line Public School is the brainchild of New York-born and bred designers, Dao-Yi Chow and Maxwell Osborne. The pair have won two fashion prizes for their streetwear-infused menswear. Following their early success they were tapped by Caroline Brown , the chief executive of Donna Karan International, to take over as creative directors of DKNY in 2015; part of an effort to rebrand the iconic but ailing label. During their tenure, Chow and Osborne oversaw both menswear and womenswear for the brand, with their first collection debuting at New York Fashion week in September that same year. The pair stepped down from DKNY a year and a half later following a company sale and strategy changes.

Growing up, both Chow and Osborne attended public school in New York City, and that had a huge influence on their lives. “At public school here, you could tell who groups of students were by what they wore,” Osborne explained, which ignited the designer’s interest in clothing.

Chow grew up in Queens and studied communications at New York University. When he met Osborne, who was raised in Brooklyn, they both worked at Sean John, rapper P Diddy’s streetwear label. After participating in the CFDA’s Fashion Incubator programme in 2010, the duo focused on moving 100 percent of production to New York.

Originally a menswear label before extending into womenswear, Public School was launched in Spring 2008 with Barneys New York . But 2013 was a breakout year for the young brand, whose anti-prep, sharply tailored sportswear began to be noticed on the fashion radar. They took home the CFDA’s Menswear Designer of the Year award in June, and then nabbed the CFDA/Vogue Fashion Fund’s top honour in October, earning them a prize of $300,000. 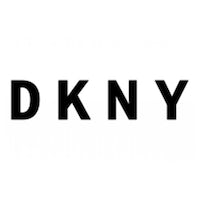 Public School Bows Out of NYFW