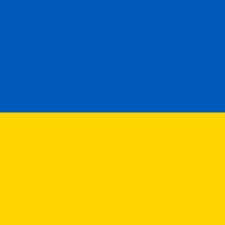 Though she has conflicted feelings about her profession, her elegance has won her countless editorials and ad campaigns, including for Céline.

As one of the top-grossing models in the industry, Daria Werbowy boasts a portfolio that includes advertising campaigns with luxury labels such as Céline, Chanel, Balmain, Diane von Furstenberg and Isabel Marant , alongside lookbooks and catwalk shows. With a strong working relationship with photographers such as Stephen Meisel, Juergen Teller and Ines van Lamsweerde and Vinoodh Matadin, Werbowy has been featured in editorials for publications such as Elle, Harper’s Bazaar, Vanity Fair and has also landed the cover of Interview, American and British Vogue. Having shot to prominence in 2003 as an unknown face of Prada, less than one year after, Werbowy landed the coveted contract as the face of Lancôme cosmetics for an estimated $1 million and in 2010 was listed as the sixth highest paid model by Forbes magazine.

Having moved to Canada in the mid-eighties with her family, Werbowy was first scouted by Toronto-based modelling agency Susan J. Model & Talent Management, aged 14, securing local campaigns and photoshoots. Following her graduation from school, the Polish-born model of Ukrainian descent signed to IMG and relocated to New York. In 2009, having acquired a record for the most catwalk shows walked in one season, Werbowy took a brief sabbatical from the industry to travel with family and has since appeared in select projects such as Tom Ford ’s Spring/Summer 2011 special presentation.

In 2008, Werbowy was inducted into Canada’s ‘Walk of Fame’, becoming the second model to earn the star after Linda Evangelista.