He is accelerating high-potential streetwear brands — including Off-White and Palm Angels — into global juggernauts.

New Guards Group co-founder Davide De Giglio is one of the masterminds behind the acceleration of streetwear brands, heading up the production and distribution company that aims to rival the high-quality clothing by large Italian labels.

Born and raised in Milan, De Giglio studied architecture at the Polytechnic University of Milan before founding his first company, Vintage 55, in 1997. The enterprise was established as an import-export trade for American second-hand denim pants and T-shirts, before growing into its own production business, which allowed De Giglio to gain further insight into production and distribution models.

In 2015, he founded the New Guards Group along with Claudio Antonioli and Marcelo Burlon . The group specialises in production and distribution as an accelerator of streetwear brands like Marcelo Burlon County of Milan, Off-White and Palm Angels. It is based in an 1,000-plus-square-meter atelier in Milan. In December 2017, the company acquired an undisclosed stake in luxury knitwear label Alanui and in March 2018 Anna Blessmann-founded label A_Plan_Application joined the company with graphic artist Peter Saville . 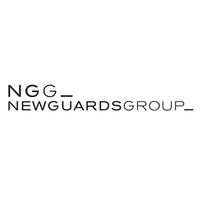