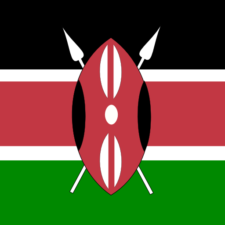 The Kenyan television producer is becoming a nexus for pan-African fashion industry initiatives and one of the continent’s most ambitious industry leaders.

The Kenyan television producer and fashion consultant is becoming the nexus for pan-African fashion industry initiatives and one of the continent’s most ambitious industry leaders, having launched Kenya’s first fashion consultancy and PR firm.

Born in Nairobi, Opoti studied PR and communications at Daystar University before hosting Africa Rising on Africa Magic Plus, and later co-hosting ZindukaSasa on Citizen TV. She then went behind the screen to produce the Patricia Show and Mashariki Mix.

Her shift into fashion was accidental, stemming from the desire to showcase African talent to a wider audience. Opoti began working on Designing Africa, a TV show that documented the new generation of emerging designers across the African content, and raised her profile as a champion for the continent’s fashion market.

This led to the wildly successful 100 Days of African Fashion campaign on social media, that saw Opoti travel the continent collecting locally made, innovative design pieces, which she showcased in 100 different outfits on her Instagram account.

In 2014, Opoti was listed as one of Africa’s most influential 100 people of the year by the New African. She has also featured in CNN’s African Voices programme.

Getting Rich From the Skin Lightening Trade

Why Africa’s Musicians Are a Marketing Goldmine